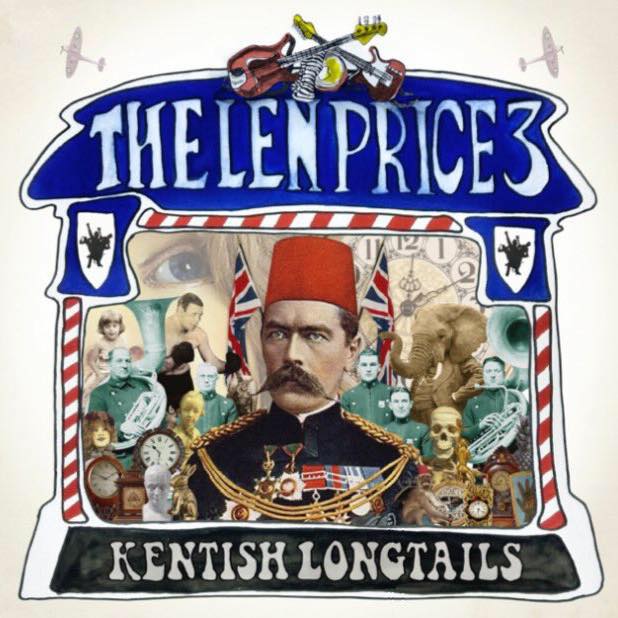 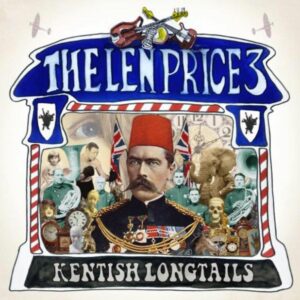 The Len Price 3 have got me and my ligger journalist-scum ilk sussed it seems.  They get a lot of glowing reviews, but remember the more disparaging ones… and the people who wrote them.

You’re full of booze and you’re full of shit
You said it was good, ‘what you heard of it …
You Ride On Coat-Tails!

The best way to answer your critics is to write a great song about them and let them have it with both barrels: vicious words and razor-sharp garage rock’n’roll tunes.  Billy Childish upset them too it seems.  The opening song says;

Childish words are all I hear
Floating in the atmosphere
Billy told the writer that we play for the cash
Malicious allegations thru a droopy ‘tashe.
You say your motives’s are higher
but I don’t understand
‘Cos you’ve been selling paintings for Fifteen Grand.

I asked Glenn, singer/lyricist/guitarist from the LP3 what happened.

“There were some uncharitable comments about us by some people quoted in a couple of books about the Medway music scene. We were never given a chance to reply. This song is our response”.

There seem to be a lot of targets the band unleash their vitriol on in their songs;  Trendy Camden bands, social climbers and flash bastards, bullshitters, liars, female airheads with debatable morals, ‘screen zombies’, vacuous Pop-puppets.  Eight songs out of fourteen are venomous attacks on the people they ‘hate’.  The word ‘morons’ appears in two songs.  This almost puts me off the band a bit – but then, most of the targets deserve the abuse they get.

There are three ‘love songs’ on the album and another four I’d classify as being archetypal Len Price 3 songs about the nostalgia of youth or times gone by – the most obvious one being ‘Saturday Morning Film Show’.

They do pathos as well as stroppiness and there is plenty of  musical light and shade and variety on this album.  As well as the Kinks and Who-inspired sound they do a convincing piece of Syd Barrett era Floyd (Man In the Woods).  There is even a song which has a touch of Nirvana about it.

‘Kentish Longtails’ namechecks a piece of local folklore concerning a curse allegedly placed upon the people of Strood by Thomas à Becket which condemned the children of this town on the banks of the Medway to be born with tails. Thankfully tail-less, but with tall tales and colourful harmonies intact, The Len Price 3 have created an album full of timeless melodic gems with plenty of punk rock oomph and a sprinkling of sonic weirdness. Expect shiny pop hooks and rich lyrical content laden with wry social observations and acid tongued retorts.

Glenn said, “With this album we took a slightly different approach. Firstly, I chose to pretend I was writing for a different band on several songs, which was a liberating experience, and we also recorded most of the tracks ourselves in Neil’s shed and Steve’s garage. It was like three lads messing around with a tape recorder in their first band, so very relaxed and with a looser vibe “

As a result this is probably the Len Price 3’s defining album; an out-of-step masterpiece in 2017 which would have been a Top Ten smash in 1969 or 1978…. but then, I think back to the previous three albums and they were all just as good…. making the band the most consistent cult heroes we have left in the Garage..  Now matter what Billy says.