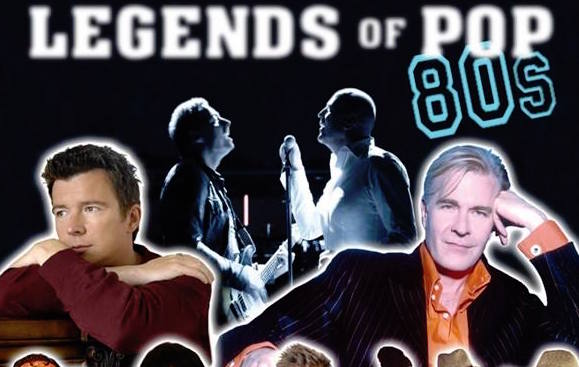 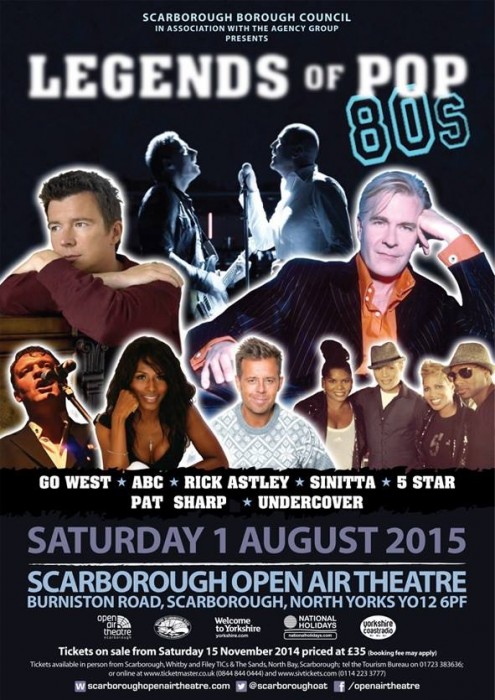 So its Saturday night and whilst most of the residences of Scarborough are heading down to the local or screaming at the options on their televisions, thousands of people are heading to Scarborough’s open air theatre to watch 80’s Legends of Pop.

Now, if you think that an 80’s night constituted of standing in the freezing cold watching has-beens unlovingly thrashing out their one hit wonders for huge lump sums sounds dull, you’re wrong, because the evening has never been more full of life.

The venue is filled with women in neon skirts, men in fancy dress, hen-dos, three-generations of family members and even Mr T.

Not a foot in the whole venue is standing still as larger than life DJ Pat Sharpe spins the best anthems on stage. He is the evening’s compere and he’s the perfect man for the job as he encourages the crowd to dance along in between acts.

Sinitta is first to take to the stage, kicking off with the classic ‘Cross My Heart’. As the fans begin to get into their stride, she invites two women onto the stage to get their groove on beside her backing dancers. Despite the fact there’s a large moat between the stage and audience, they get there within minutes and try not to molest the men as ‘Toy Boy’ plays.

Undercover is next to take to the stay, slowing down the pace with a cover of The Cars’ ‘Drive’. Everyone sways their arms as the band quickly launch into ‘Never Let Her Slip Away’ and their excellent cover of ‘Baker Street’.

The brilliant thing about the evening is that everything is so casual amongst the performers. There’s no pretentiousness, just brilliant vibes and attitudes that reflect onto their audience. Brothers and sisters, 5 Star, emulate this mood, whilst singing fan favourites.

As they play through ‘Can’t Wait Another Minute’, ‘Stay Out Of My Life’ and of course ‘System Addict’, the group incorporate dance routines, great vocal gymnastics and bring good harmonies into the mix.

As the sun begins to set Go West take to the stage and get the crowd on their feet with ‘King of Wishful Thinking’. It’s soon time for one of the main draws with ABC, who keep the theme of love going as they open with ‘Poison Arrow’ and close with ‘The Look of Love’. People are so loved up this evening there’s even been a surprised proposal on stage – thank god she said Yes or that would have been embarrassing!

Finally, it’s time for what most have been waiting for, that’s right it’s Rick Astley. At 49 the man is still rocking the quiff and sports a pretty dapper suit. Now say what you want about Rick, but he is flawless. He’s aware that he’s cheesy and he plays on it in self-deprecating style – and he’s brilliant with the crowd as he banters in between songs.

“I can see the headlines now,” he jokes “Rick loses his mind in Scarborough!”

Rick plays old favourites as well as recent number ones such as ‘Uptown Funk’ and ‘Happy’. And for the finale, yes, you’ve guessed it, more than a thousand people got Rick-rolled.

“I’m here to have fun” he says and that is the best summary of the evening. It is fun.