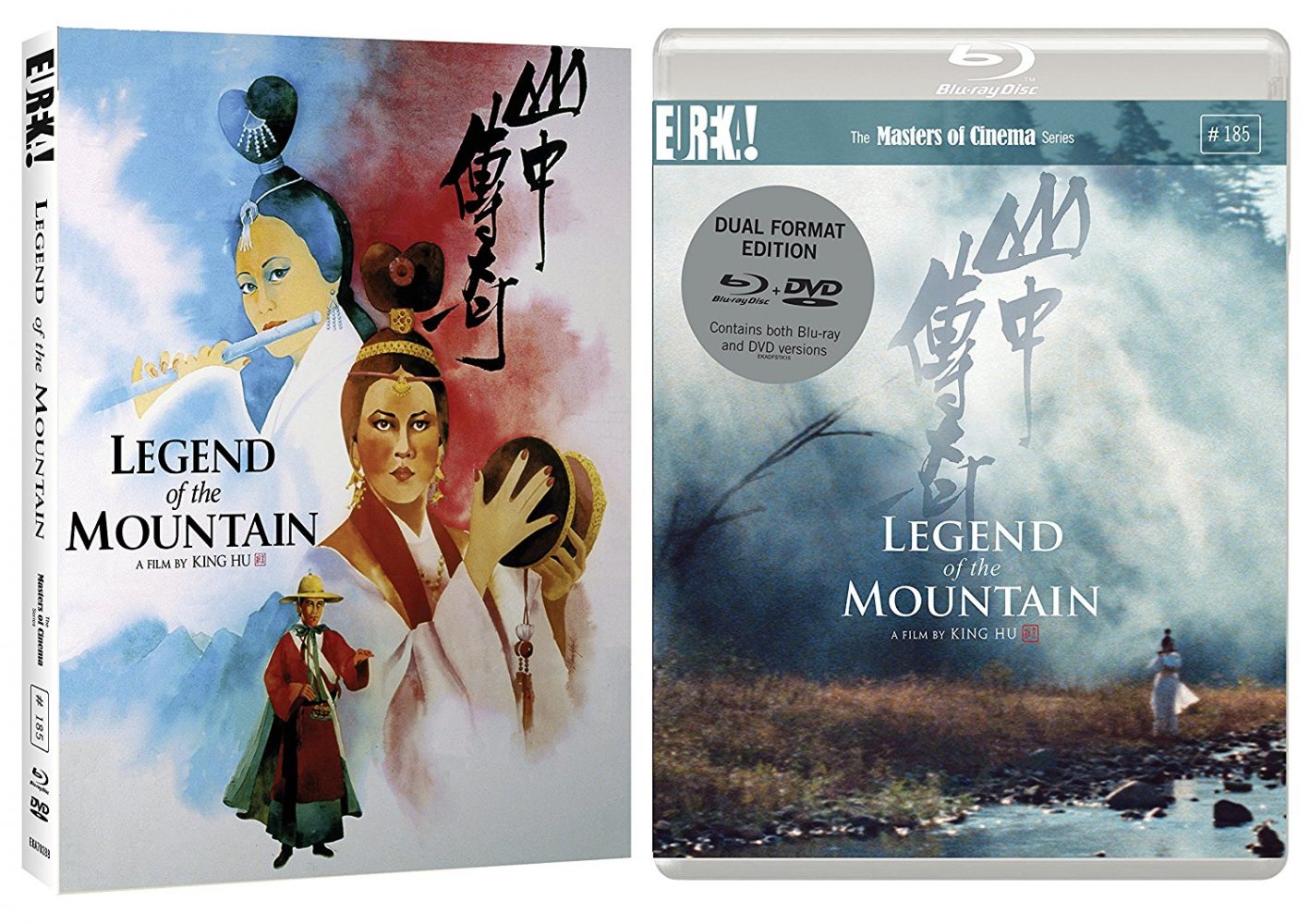 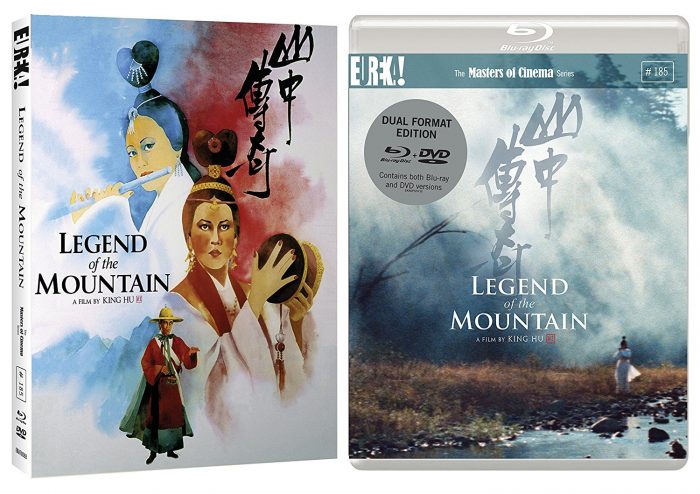 Having established himself internationally, in particular for his brilliantly choreographed Wuxia flicks, celebrated director King Hu turned his attentions to a supernatural story adapted from a Song Dynasty folk tale.

In Legend of the Mountain Shih Jun (who had previously starred in Hu’s A Touch of Zen and Dragon Inn) plays Ho Yunqing, a failed scholar turned copyist, who is requested by a local monk to transcribe a Buddhist sutra, which supposedly possesses a great power over the spirits of the dead. Although not a Buddhist himself (like King Hu), he agrees to the task and is offered accommodation in a secluded former fortress town where he can expect plenty of peace and quiet.

Sequences of travel follow and the film’s pace is leisurely albeit it is satisfying to behold the spectacular landscapes that Hu chose to film as Ho trudges onwards (the film, incidentally, was shot in South Korea for economic reasons). There are glorious waterfalls, sublime sunsets, gorgeous lotus and fish ponds. And, like other Hu movies, there’s plenty of whirling mist and smoke, camera glare, a loud percussive score and some bad comedy teeth.

Strange things happen along the way. At several points he spots a female figure playing a tune on a wooden flute who then vanishes without a trace. Mysterious Lamas roam the area. When he evetually reaches his destination, he comes across a mute named Old Chang, who wants to fight him.

He also meets Mr Tsui, who warns him about the consequences if sorcerers were able to get hold of the sutra he’s carrying. Mr Tsui introduces him to Madame Wang, who is keen for Ho to tutor her daughter Melody, played by Hsu Feng (also a veteran of A Touch of Zen and Dragon Inn). He’s hardly settled in before he’s tricked into marrying her.

Things are about to become even more bizarre. The film never reaches the hallucinatory excesses of a director like Alejandro Jodorowsky but the final hour in particular does become difficult to follow (certainly for a Westerner like myself with no belief in Buddhism or the afterlife).

Drumming and rattling cymbals can cause severe physical pain. They can even conjure up visions on a screen that resembles a widescreen TV. When thrown, drums explode into red smoke, which helps ward off ghosts. Here, drumming ‘battles’ largely replace the swordplay of Hu’s previous movies.

On its original release, the film was heavily edited and given slangy, modern subtitles that are said to have detracted from its eleventh century setting. With new subtitles and once again available to view at its original length, this immaculately restored directors’ cut of the movie is exciting news for fans of Far Eastern cinema.

Like most of Hu’s movies, Legend of the Mountain is undoutedly worth seeking out, even though it’s not one of his greatest achievements. It may strike his advocates as sacrilege but I would guess at least half an hour of cuts could have tightened up the work without losing anything remotely vital.

Eureka’s Masters of Cinema Series presents the film for the first time in the UK, in a special Dual Format edition.

Extras include a new video essay by the always entertaining and perceptive David Cairns; a new interview with Asian cinema expert Tony Rayns, as well as a collector’s booklet featuring archival writing and imagery.

For more on the film: https://www.eurekavideo.co.uk/moc/legend-mountain