Home Dance Legacy In The Dust: The Four Aces Story: a film by Winstan... 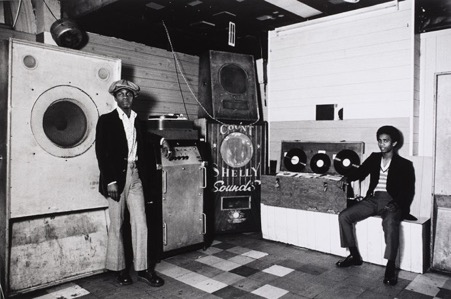 19 years in the making, ‘Legacy In The Dust’ tells the story of the Four Aces Club in Dalston ‘the London equivalent of the New York Apollo’. The film charts the rise of black British music and the demise of heritage at the expense of gentrification. Featuring Don Letts, Bunny ‘Striker Lee’, Ariane Forster, Junior Giscombe, Dennis Alcapone, Lloyd Coxsone, Tippa Ire, The Prodigy, Tessa Pollitt, Dennis Bovell, Billy Bunter, Trevor Saxon, Newton Dunbar, DJ Slipmat and others. The voice-over to the film is by author, Lloyd Bradley. (Sounds Like London)

In 1966 Jamaican East Londoner Newton Dunbar opened The Four Aces with three business partners. Named after a popular cigarette brand, the club ran at weekends initially in the foyer of the old Dalston Theatre, the area’s grandest historic theatre building and the oldest circus entrance in the country. Music included reggae sound systems such Count Shelly and Sir Coxsone, the club hosted Stevie Wonder, Ben ‘E’ King, Anne Peebles, Desmond Decker and Otis Redding, and was visited by Bob Dylan, Billy Ocean and Bob Marley, Joe Strummer, Chrissie Hynde, The Slits, Sex Pistols, Mick Jagger; the luminary list of performers and guests goes on. Later with the rise of acid house, Dunbar initiated the ‘Tears’ night in the main house which, with other parts of the building, became home to The Labrynth. Ravers recall ‘anthemic acoustics of the building’ with ‘tremble your blood-cells’ low frequencies and sets where ‘the bass lifted you off your feet’. The Prodigy made their name at the club, which went on to pioneer acid house, hardcore, drum & bass and jungle music. With a parenthetic symmetry the Four Aces finally closed its doors after 33 years in 1999.

This musical history and expression of a generation runs alongside recollections of the SUS law and frequent police visits to the club. The sense of intimidation this brought is expressed through cartoon imagery by Stacey Bradshaw and press cuttings from the time. By contrast the later era of the building; when the police raided Labrynth, the predominantly white ravers had a far more blasé response.

Bryony Hegarty talked to director Winstan Whitter for Louder Than War, about the forthcoming release of the film. 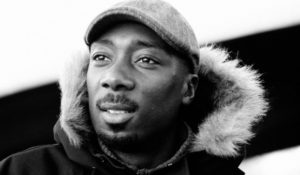 Whitter began his directing career with acclaimed skateboard culture documentary ‘Rollin through the Decades’. Originally from Ghana, Winstan grew up in Hackney; he brings a personal perspective to ‘Legacy In The Dust’ as his father was chef and DJ (Scabs) at the club, and his brother worked there for many years.

In the late 90s, in his ‘infancy of film making’ as he puts it, Winstan began filming at The Four Aces. Without knowing that it would be forcibly closed in 1999 and subject to a compulsory purchase order, he documented the last two years of the club’s active existence. When Hackney Council forcibly closed the club and with no idea of time length future of the building he put the footage to one side, undertaking a prolonged fight to save the building, during which time another of his films ‘Save Our Heritage’ was made.

The building was allowed to fall into disrepair. Roof slates were removed allowing progressive deterioration of the interior. A prolonged campaign ran; expert opinion evidence was given in support of preservation. Despite resistance, demolition made way for a housing development of 550 flats of which only 28 were social housing. Ironically and without consultation with those concerned, the tower blocks of flats bear the names Dunbar, Sledge, Labyrinth and Collins.

Although the project was on hold Winstan tells me ‘People kept asking for screenings of ‘Legacy In The Dust’, so awareness of the film spread, demand continued. If promoters were happy to organise and publicise screenings, then of course I was happy to show the film’.

LTW: The whole issue of the Four Aces building (The Dalston Theatre) and regeneration has grown into displacement of communities. When you were campaigning against the developments in those early days did you sense the impact of what was coming?

WW: Yes, we saw it move up the road ‘The building being knocked down was a symbol of what had already happened in Shoreditch, with the Olympic bid and Cross Rail development we knew it was coming

You’re perfectly positioned to make this film, given your personal connections to The Four Aces. There is a stellar line up of interviews and of course the sound score from Dennis Bovell, was it a challenge to get everybody on board?

WW: It wasn’t that difficult, once one or two people said yes, others were suggested, one step led naturally to the next. The problem with release was always to do with funding, finding the right people was not so hard. I do wish I could have got more women to contribute to the film, there are female voices such as Ari and Tessa, (The Slits) others who are a part of the story were not willing to be on film. There are people I would have loved to include – pre online social media it was much harder to make approaches. To have got people like Ben E King, would have been a dream but the local celebrities are the heroes of the story.

Why has nobody told this story before now? It’s such an important part of music history.

WW: It’s not regarded as mainstream enough, the Aces is not seen as a super club, you knock down the building and the story goes. Even though I was young at the time and using my first Hi8 camera I bought in 1997, I know Newton (Dunbar) so well and grew up there. Knowing Newton and going into film making, gave me a huge advantage, for anyone else it would have been impossible to find many of the people in the story and it could so easily be forgotten; Newton is the connection he is the living archive.

It is ironic that you’re trying to tell a story about the development of a music genre, a movement and one of the obstacles is being able to obtain the rights to include the music.

WW: Royalties is a frustrating complicated process; I can’t just get permissions from musicians or even the label, I need to talk to publishers. A lot of the time musicians themselves don’t object but they are bound by contracts. This is where Dennis Bovell comes in as a key figure in the film; he’s given his material that no one else owns, the songs connected to music rights, now left in the film directly tie in to story. I’ve reduced it down from 50 to 6 key songs, and it’s not just music rights, the archive permissions are equally expensive.

(In the film Bovell recalls, with virtually no radio air play for black bands, the club expressed ‘the critique of the people’. He describes the significance of Linton Kwesi Johnson’s appearances, (who at the time was a freelance journalist on the BBC World Service). The Four Aces was the club that saw an acceptance of Reggae in England, embodied in Lovers Rock from artists such as Louisa Mark and Janet Kay who first performed at the club’s ‘open mic’ night Star Search.)

As an independent film producer how do you see the challenges vs freedom of control over your project?

WW: It’s great to have control over direction and distribution can make or break a project. I have total control over uses for any screening I want, from community groups, to schools or colleges, I’m not restricted by contract. Also I don’t need permissions from sponsors or branding. It’s about the edit too – if you’re commissioned you have an executive producer breathing down your neck about doing it their way.

The rules are going out of the window because of independent technology; the advantages of all the private screenings I’ve done is being able to judge how the unconventional edits have gone down well with audiences, it’s proven to work. Thematically the story moves from reggae to acid house to jungle. When I was actually old enough to go to the club it was rave.

Where do you feel the legacy of the club has taken music today?

WW: Well, The Prodigy, they were so keen to be in the film. You know even when they were enjoying huge success they would come back, just drive by in in their Bentley and stop to look at the club. Then there’s Kenny Ken, Billy Bunter, whose recent book (The Love Dove Generation) includes a lot about the Four Aces.

Through doing projects with the Hackney Archives about the history of the area, I’m meeting kids who are amazed to find out that not just parents but grandparents went to the club.

For Jo [Wiezcorick] the film has been a resurrection of Labrynth – it reignited the flame of rave for him and he now does Labrynth birthday parties –and screened the film at one of them – there was such familiarity with everyone in the room.

Winstan is now crowdfunding to finish the final edit. And there is a certain poetic romance in the story of the film not being shelved

WW: It won’t rest until it’s released. Despite not attracting investment from the mainstream the backers are proving to be there and they are the fans. I’ve had years of people emailing me asking if they can buy the film, so I’m now asking them to help me get to release so they can have it. The story sells itself – it’s direct demand – rebel film making just like rebel music. Crowdfunding wasn’t around when the film was first cut – it so much better now that we can do it this way. Years of work, the fact that the building is now gone –make it so important, the film is the archive of that era, the momentum is there now to get it completed.

All words by Bryony Hegarty. More writing by Bryony can be found at her Author Archive