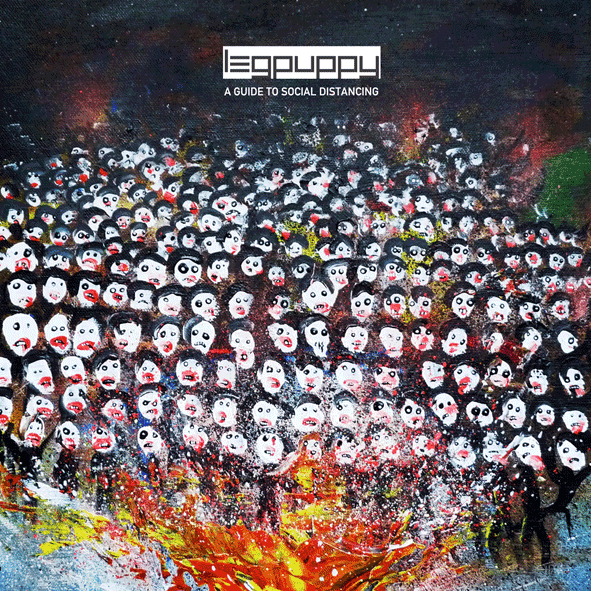 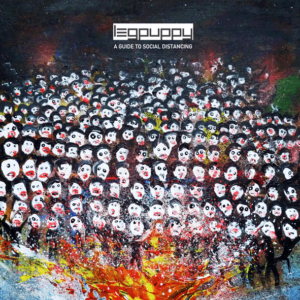 A Guide To Social Distancing

Leg Puppy are the saviours of self-isolation, their music being the sonic orbit that brings us together. Their third album is released June 12th.

This is album is a psyche-out techno-influenced dreamscape. Leg Puppy have such a broad influence of music that it can often be hard to pin down where they’re coming from. But here we have the group at what feels their most focused.

With track titles such as Detroit and Arsenal 2-2 Sunderland, Leg Puppy takes us back to the pre-social distance days. Fading memories of listening to techno classics and manic away days. Only a small part of what we’ve had to give up as a society.

Some of these tracks sound similar to earlier Leg Puppy songs such as NDA (a tribute to techno pioneer Lil Louis). The sleeve design is yet again created by Christabel Christo and the album is co-produced by Leg Puppy and Exire. This all makes the album feel personable. A real testament that even though we’re being kept apart, we can still collaborate.

The lead single from the album is Kinky Emoji. What is a kinky emoji? I feel like most people have received one. Most people have sent one. Most people will have felt the thrill of almost sending one to the wrong recipient. The all-powerful Kinky Emoji. Now also a single released to ease the monotony of self-isolation. Centred in deep in the middle of the album it rally’s the tech-phobia feels of Speak Talk Speak.

Leg Puppy are one of the many saviours of self-isolation. The artists that continue to create and release different forms of escapism are vital in these times. It also shows how vital it is to have a well-funded arts sector. Many artists are having their livelihood stripped away, be it the loss of workspace, performance space or a harsh decrease in resources. It is important that we as consumers support these artists. Without them, we wouldn’t have the films we watch, the books we read or the music we listen to.

A Guide To Social Distancing can be purchased and streamed here.

Leg Puppy are also set to release the album There’s No Rock Stars in a hopefully pandemic free future.