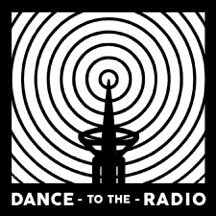 Legendary Leeds label Dance To The Radio are back with another of their 4 x 12” vinyl compilation series due out on 21 April, just in time for Record Store Day.

The label has previously released records from bands like Forward Russia, I Like Trains and Grammatics as well as coming back with a bang last year with a new album from the ever popular The Pigeon Detectives.

Now they’re backing the next generation of new talent as four Yorkshire artists will be stepping up to contribute a single. Self-styled Trash punk trio Dead Naked Hippies will lead the release followed by the psychedelic mad-men of FLING, who were a big hit on Steve Lamacq’s Independent Venue Week tour.

The second half of the compilation features some brilliant and gloomy electronic pop from singer and producer LAMIA and arty odd-ball recluses The Tiny Minds come over from the deepest darkest corners of the Yorkshire Pennines to join in.

Long serving label boss Colin Oliver said: “We’re really pleased to be bringing back the DTTR compilation releases in 2017. We want to help promising artists from the region, and all our releases over the past decade have been about that. Now we’re looking to help the next generation of the Yorkshire music scene and beyond, we need to shout more about the talent we have in the North.”

To celebrate the release of this compilation, each of the artists featured will host their own events in and around Leeds in collaboration with Dance To The Radio. Dead Naked Hippies will be curating shows in Leeds city centre, Fling will launch a monthly residency at Milo – one of the cities most beloved rock bars – and The Tiny Minds will curate a show in their hometown’s own legendary venue, Hebden Bridge Trades Club.