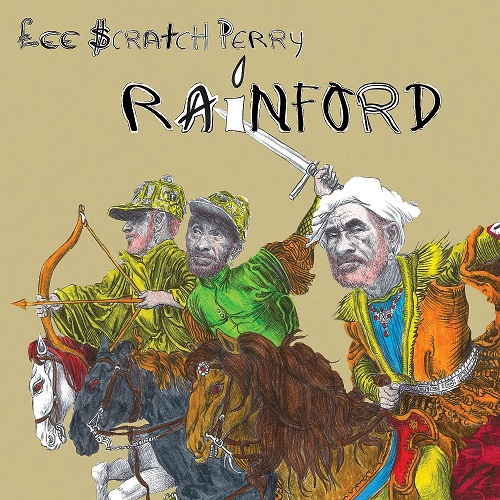 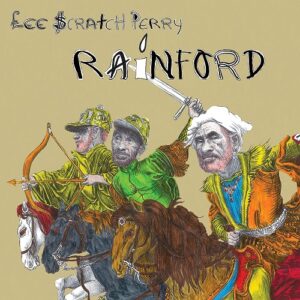 Rainford is the newest release from dub reggae legend Lee “Scratch” Perry. The album is a mellow, introspective and autobiographical reflection on Perry’s career and life.

Rainford will be Lee “Scratch” Perry’s 66th album, (This includes collaborations with The Upsetters, King Tubby, Mad Professor & The Orb, but does not include his producer credits). On this record, Perry has joined forces with previous collaborator Adrian Sherwood. The album has been worked on for two years with recording taking place across studios in London, Brazil, and Jamaica. Sherwood claims the album to be reminiscent of the Rick Rubin and Johnny Cash American Recordings series, in the sense of the album being deeply personal (Rainford being Perry’s birth name) yet progressive also.

The album artwork and video animation were done by British artist, Peter Harris. Harris and Perry have collaborated on music and art for a while now, but here on Rainford it feels the most lucid. Last year they created the Higher Powers Bible, an obvious influence on the Rainford album cover. Much of the work emphasises a disdain for the powers that be, a theme that is present in the song Kill Them Dreams Money Worshippers.

The album pays homage to many of Perry’s past styles. Album opener Cricket on the Moon is a softly-spoken dub track in which Perry incomprehensibly mumbles and croons, with mentions of the Super Ape and Micky Mouse, coming across as the classic stream-of-consciousness humour Perry is known for. Run Evil Spirit touches on that classic Upsetters rocksteady flow, combined with classic Perry dub melodies. Then we have the ‘black magic rock’ track, Makumba Rock. Makumba being a traditionally African phrase, often used in South American societies, meaning ‘black witchcraft’, suits the shamanic style of Perry, as dubby space echo creates an almost psychedelic vision.

Three singles have been released in support of the album, these being House of Angels, African Starship and Let it Rain (featured below). House of Angels is a steady, almost gospel sounding track. African Starship sees ‘pilot Perry’ take us through an interplanetary journey of classic dub sound, with meandering trumpets. Finally, Let It Rain opens with Perry reassuring us that ‘he is not dying’. At 87 years old the reggae legend can still create tracks that get you moving.

The album closes with the seven-minute epic, Autobiography of The Upsetter. Lee Perry seems to be getting more introspective in his later career, especially when looking at not only this album, but 2017s Super Ape Returns to Conquer, in which Perry reworked the classic Upsetters album Super Ape, with help from Subatomic Sound System. The last few years of Perry’s career feels, not like he’s running out of ideas, but recreating them with a progressive eye. This is Lee “Scratch” Perry, influenced by Lee “Scratch” Perry.

The question is, where does this put Lee “Scratch” Perry in 2019? Exactly where he’s always been, still creating. While Perry no longer seems to be inventing sub-genres or producing timeless albums, he still relentlessly tours and records music. At 87 years old, Perry travels the world, entertains audiences, creates art and collaborates with friends and probably won’t stop, until he has to. A daunting thought, but the wealth of Perry’s spirit will transcend for years. 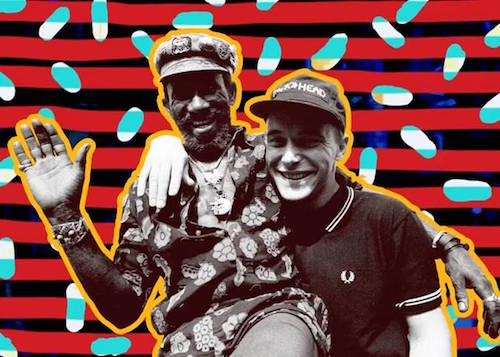 Rainford is released on May 31st and can be ordered here.