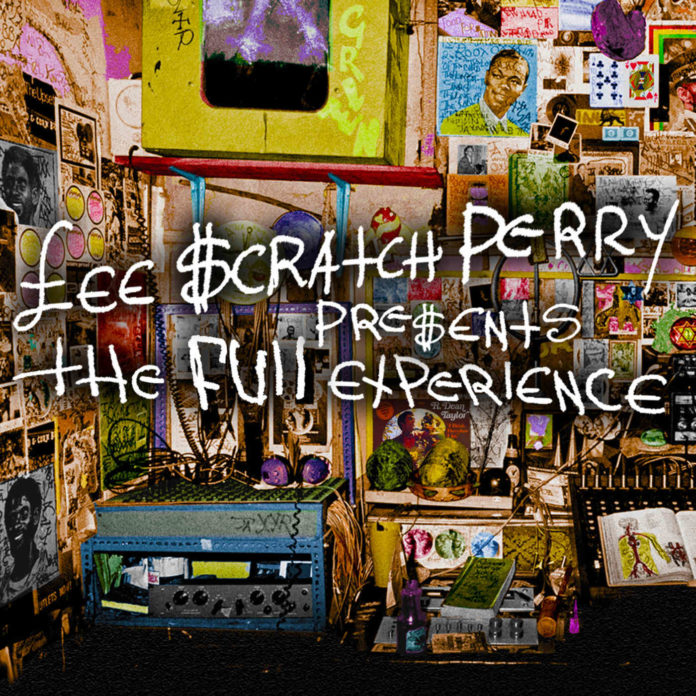 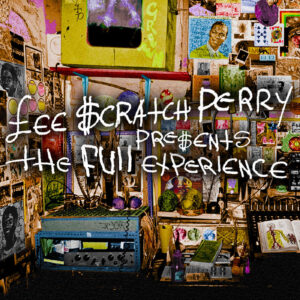 New collection that brings together the recordings of female vocal trio the Full Experience, including Candy McKenzie’s solo album. All the tracks here were cut at Perry’s Black Ark studio with the man himself at the controls……LTW’s Ian Canty quibbles with credits and hears a fine 70s reggae LP which never saw the light of day until the 21st century…..

Lee “Scratch” Perry’s work at his Black Ark in the 1970s is rightly feted, even if this ultimately ended up with him burning the place down whilst mentally unbalanced. Whilst it was in operation though a whole host of very talented folks passed through its doors, including most notably the Congos, Junior Murvin and Bob Marley and the Wailers.

Also a vocal trio called Full Experience recorded there, but very few of their offerings saw the light of day at the time under that name. In fact only the Disco Devil 12″ inch single emerged, credited to Lee “Scratch” Perry And The Full Experience. The talented threesome hailed from different countries: Aurella “Aura” Lewis, who eventually ended up in Jamaica after fleeing Apartheid in her homeland of South Africa, American Pamela Reid and finally Cricklewood’s very own Candy McKenzie. Though gelling on a musical level, the band was short-lived and tempestuous, with Lewis and McKenzie in particular not seeing eye to eye.

Candy came from a musical and performing family with her father and mother recording in their native Guyana before emigrating to the UK. She herself began performing at a very early age and her brothers were also musicians. In 1971 however the McKenzie family was shattered by a horrific event, when her elder brother Binky killed her husband Richard Sims and her parents right in front of her when she was just 18. Candy was wounded at the scene, but the mental scars would never heal. At least she had her music to throw herself into and she appeared on Aswad’s debut album. She also sang on records by dub great Keith Hudson, Delroy Washington and the legendary Rico at around the same time. This built her reputation and led to her being picked up by Island Records. In turn, this was the first step towards eventually joining the Full Experience with Lewis and Reid.

The aforementioned two had started working together in 1976 and had already recorded backing vocals as the Full Experience for Lee Perry. Lewis and Aura also worked with Jimmy Cliff, a connection that would ultimately would lead to the problems that stymied the band’s attempts to get their material released. They had voiced Disco Devil single with Lee prior to McKenzie joining up. Though pleased with their backing contributions, as an act on their own Perry had sensed the twosome needed something more and despite trying out a few other singers as a third member, no-one gelled well enough with the duo until Candy’s arrival.

McKenzie had been sent to the Black Ark by Island to complete her debut album, but the producer deemed her not a strong enough personality on her own for a solo career. So Perry put her together with Lewis and Reid and they recorded around a dozen efforts at the Black Ark, five of which make up the Aura Meets Lee “Scratch” Perry – Full Experience section of this compilation. In the studio tensions meant that soon the line-up splintered for good, with Candy and Aura in particular at loggerheads. Dissatisfied with Lee, Aura took the project to Jimmy Cliff and it appears he was miffed with Perry’s involvement and subsequently denied it a release. Just over half the project is lost, presumed destroyed and the five tracks here appear to be the only remains.

Though Lee “Scratch” Perry is given the headline credit here, the bulk of this collection is the Candy McKenzie album. But he was behind the boards and is still rightly regarded as one of the big names in reggae. Also his name will obviously attract interest and that can only be a good thing. Aside from Candy’s Disco Fits and the Disco Devil single where Perry and the Experience are co-credited, everything else didn’t see release at the time of recording. The five Full Experience tracks were given a limited release in the 1990s, but Lee “Scratch” Perry Presents Candy McKenzine had to wait until 2011 before Trojan (which had been purchased by Universal) found the master tape and put it out.

I really enjoyed Candy’s LP, though there is a sense the material Perry foisted on McKenzie wasn’t quite out of the top drawer. For her part she was apparently unhappy that more of her own songs weren’t included and there is ample evidence among the four self-penned tracks that she had a point. Even so, Candy is such a presence on the album (which does tend to dispel Perry’s concerns that she didn’t have enough personality) and her cool, measured vocals provide a good counterpoint to Perry’s thick stew of production tricks and eccentricities.

Breakfast In Bed, probably familiar to most from the UB40/Chrissie Hynde version, was the flipside of funky Disco Fits single (also included) and they are the only tracks on the LP that saw the light of day in the 20th century. It’s not bad, but she really excels elsewhere, like one her own Sky At Night where the simple honesty of the lyric coupled with her beautiful voice blends well with Perry’s box of tricks. Keep Him Strong has a hint of jazz cool and Someone To Love is finely crafted with a perfectly pitched vocal and horns, it’s what a harder version of lover’s rock might have sounded like.

There’s many a smart pieces of dub pop and Tell Me A Lie is a really beguiling effort in that mode. Jah Knows, another self-penned offering, hits the deep and spiritual mark allied to a pithy social consciousness lyric. Though there are times when Perry’s deep mix threatens to engulf Candy, she stands her ground through the force of her personality, making for a satisfying record that is very much her album.

Moving on to the AuraMeets Lee Scratch Perry – Full Experience section of the collection, these tracks start with a neat and witty Young, Gifted And Broke, a play on/cover of the Nina Simone number. Very 70s roots, as is the following Can’t See You. The three Lewis/Perry songs that conclude this part are quite poppy and infectious, with the trio’s voices melding impressively. Perhaps Full Experience, their theme tune, is the best, a really cool skank track that lets the vocals fly. This is really another case of what might have been and a real shame the other seven tracks remain lost presumed destroyed. Finally we have the great Disco Devil single, that meanders nicely into an extended dub section. A late 1970s classic.

Sadly Candy herself did not live to see her album made available, as she had died in 2003 at the tragically young age of 50. Since the album sessions concluded she had built a very successful career as a backing vocalist to many big name artists including Diana Ross and Chaka Khan. Unfortunately she never got another chance to record under her own name, which is a great shame as her album presented here showed plenty of potential. To add to the overall feeling of misfortune which seemed to dog the Full Experience, Aura Lewis herself died of a stroke in 2015.

The Full Experience had talent to burn and it is a crying shame their material and Candy’s McKenzie’s solo album never saw release at the time. It’s just possible that their careers may have taken off, because there is plenty of promise here. It would have been great to see what they might have done next, but it was not to be. However, this collection makes for some great listening, ideal for these shut-in days, where Candy, Aura and Pamela can spirit us away to Jamaica where the warmth and good vibes offered by the band can reenergise us. Well worthy experiencing I would say.