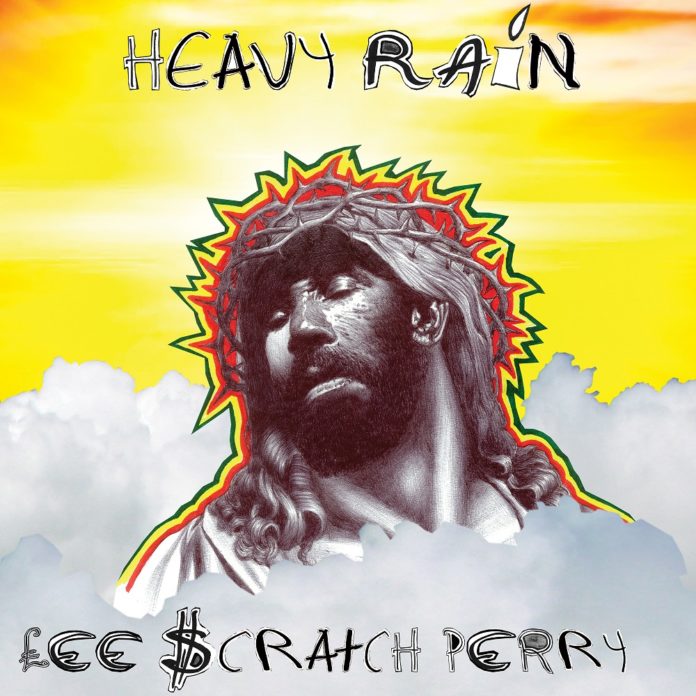 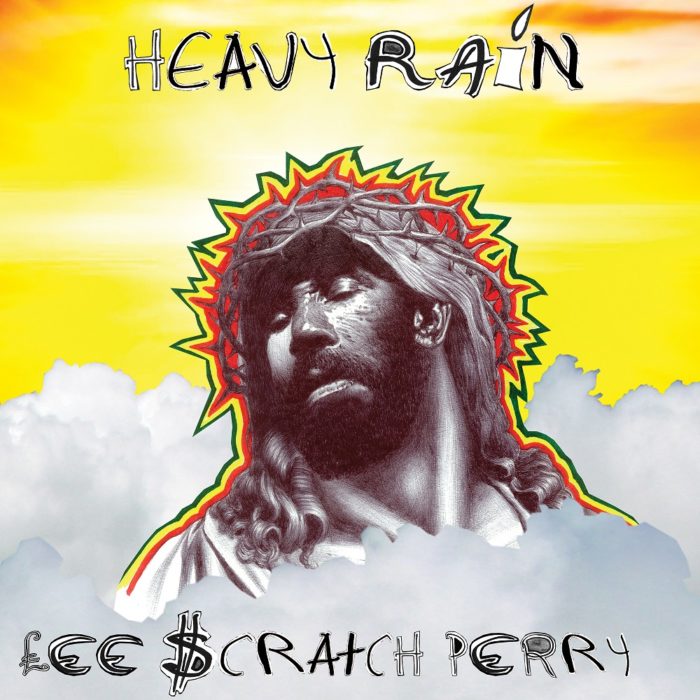 December 6th 2019 sees the release of the dub companion to the critically-acclaimed ‘Rainford’ album, which came out in June 2019. On ‘Heavy Rain’, the Upsetter and co-producer Adrian Sherwood have produced a radical bass heavy re-version of the original tapes, with a host of guest musicians including Brian Eno and Vin Gordon (The Wailers).

As well as highlighting the deft musicianship of the original backing band on the ‘Rainford’ sessions (which include core On-U luminaries from Creation Rebel, Tackhead and Dub Syndicate), these re-works also invite further players into the cosmic mix. Brian Eno makes an unexpected right channel entry into ‘Here Come The Warm Dreads’ – a heavily processed sound system overhaul of ‘Rainford’ highlight ‘Makumba Rock’, cheekily re-titled as a nod to Eno’s own debut solo album. This completes a circle started in 1981 with African Head Charge’s ‘My Life In A Hole In The Ground’ – similarly referencing the contemporary collaboration between Eno and David Byrne, and their “vision of a psychedelic Africa”.

Elsewhere, legendary trombonist Vin Gordon (one of the hornsmen on Bob Marley & The Wailers ‘Exodus’ amongst many other classics) lends his distinctively woozy blowing to tracks such as ‘Rattling Bones And Crowns’ (a late night flipside to ‘Kill Them Dreams Money Worshippers’) and ‘Crickets In Moonlight’ (‘Cricket In The Moon’ refracted through some beautifully louche late summer heat haze lens). The likeliest contender to a title track, ‘Heavy Rainford’ strips back the narrative from ‘Autobiography Of The Upsetter’ to ride the rhythm with all sorts of mixing desk tricks, anchored by the killer ‘I Am The Upsetter’ hook by LSK.

It’s important to note that it’s not all ‘Rainford’ re-works though: ‘Dreams Come True’ and ‘Above And Beyond’ are Scratch and Sherwood originals, heard here for the first time, which are equally strong material for this purple patch in the career of an unstoppable Jamaican maverick and true musical pioneer. If ‘Rainford’ is 2019’s ‘Roast Fish, Collie Weed & Corn Bread’, then ‘Heavy Rain’ is its ‘Super Ape’.