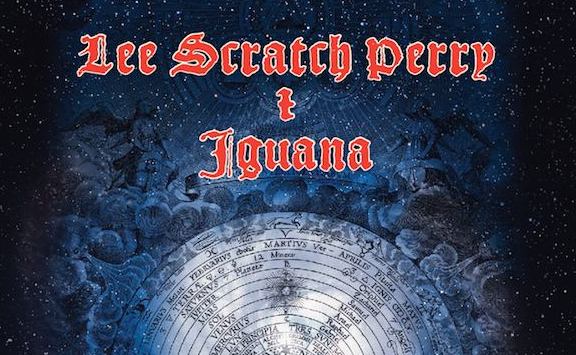 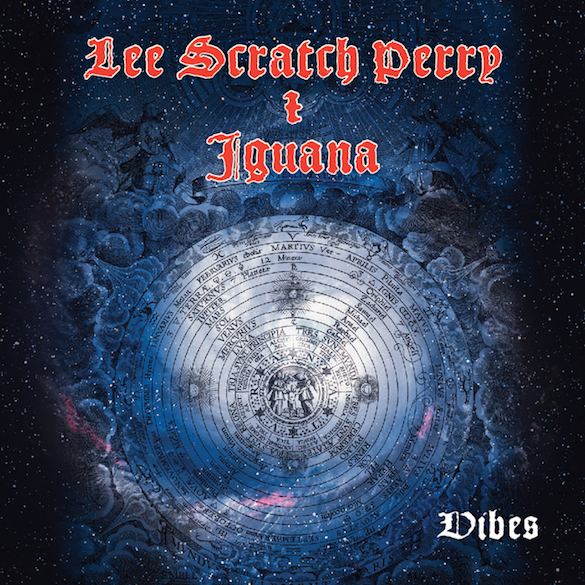 We’ve made no bones of the fact that we at Louder Than War are huge fans of the work of the Jamaican artist Lee Scratch Perry, the man whose unquestionably one of the most influential people in the development of reggae and quite probably THE most influential person in the development dub music. So it gives us immense pleasure to be bringing for you today an exclusive stream of his latest EP, made in association with his new associate / protégé Iguana.

There’s not many 78 year olds still running round the globe playing live shows, pushing boundaries and creating music of the quality that LSP is doing. But then again, not many 78 year olds have led a life dedicated to music and lived by the code that music is the main life force. The legendary producer (and for once use of that word isn’t hyperbole), is back with his second release of 2014 and this time it’s the fascinating, forward thinking electronic influenced “Vibes EP”, made in collaboration with new associate and protégé Iguana on the newly minted Iguana Vibez label.

And again, it goes without saying, it demonstrates that the master is still at the very top of his game.

Perry has recently been dabbling with more digi dub (for an introduction to digi dub check out this article on Louder Than War by Gareth Main) and an electronic music production style, as witnessed by his collaborating with people such as The Orb, and this release demonstrates that perfectly with its noticeably more updated and modern production aesthetic.

From the press release about the EP:

“Combing the man him self’s classic vocal toasts and soaring melodies – that see the seasoned vocalist and producer in a reflective, pensive state of mind – atop bouncing grooves that range from dancehall, through to dubstep, classic one-drop riddims and even touches of Lovers Rock.”

“The production is clean and weighty, and shows Lee incorporating and combining the best of his old and new school methods of song construction, with both electronic and organic instrumentation seamlessly rubbing shoulders with each other, all tied together with the unmistakable voice that served as one of the foundation stones of dub at its formation back in the 1970s.”

Pre-order the EP at Juno Download on this link.
A track by track description can be found below the stream of Vibes EP  [Iguana Vibez]:

Run Rebels Run sees Scratch touching of classic Rastafarian vocal themes over a modern, uplifting take on digi-dub production combined with his own classic take on the original sound.

Root Rock Reggae Sees the man subverting the classic ‘This is Reggae Music’ sample into his own name, with the man reflecting on his contribution to a scene that has seen Jamaica comparatively constantly punch above its weight since reggae first travelled the world from its sunny shores. Setting his vocals over a tough, yet laid-back dubstep referencing beat incorporation dubwise effects and female vocal harmonies to great effect, Perry creates a number that combines the best that new school and old school dub techniques have to offer.

Get Down takes a ska like approach to reggae music utilising sun-soaked, beach ready instrumentation that takes you to the sun soaked isle the music he so loves was birthed. Well-constructed guitar solos sit side by side with a laid back drum tra