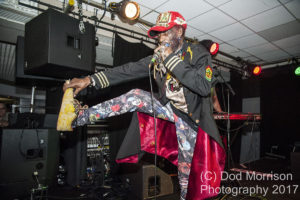 We wait while the legend, eccentric, self confessed mad man (in his own lyrics) is due to take stage. He’s had more alias’ than a wanted man on Interpol!

Hugh Perry Rainford, AKA Pipecock Jackson, AKA The Upsetter, AKA Lee ‘Scratch’ Perry – it is the last one that most people know him by.

We know the show is about to begin when his suitcase is placed in front of the drum kit, his customary start. The band are playing an instrumental track and suddenly his voice is heard from somewhere. He has the microphone backstage and starts singing “Introducing Myself”. He slowly walks on stage and a roar goes up from the crowd. 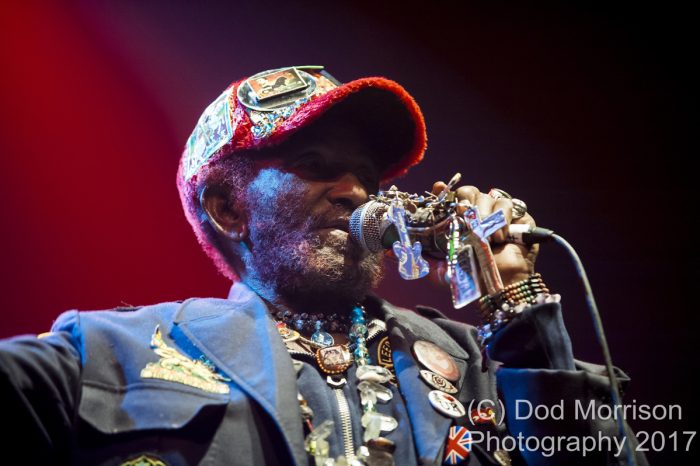 He walks back and forth along the stage while the band plays. To the trained ear you hear songs like “Disco Devil”, “Roast Fish, Cornbread” and “Inspector Gadget”. To the untrained ear it could just sound like ramblings! That’s what I love about him, he’s 81 years old and still doing it his way. LSP has worked with and produced some of the best musicians out there, and without him, many believe we would not have had Bob Marley & the Wailers, or even any dub music.

In between songs he shouts for his drink of the evening which is Ginger wine in a glass, along with a whole unpeeled banana in it!

Aberdeen didn’t get an encore for some reason, but we did in Inverness. He comes back on to do “Exodus” and send the crowd home very happy. 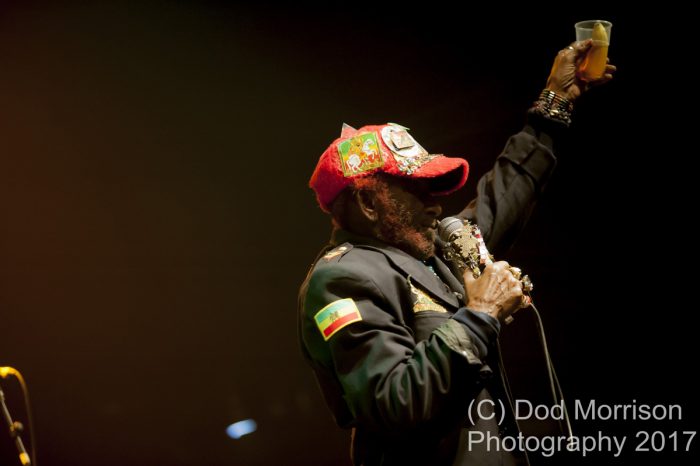