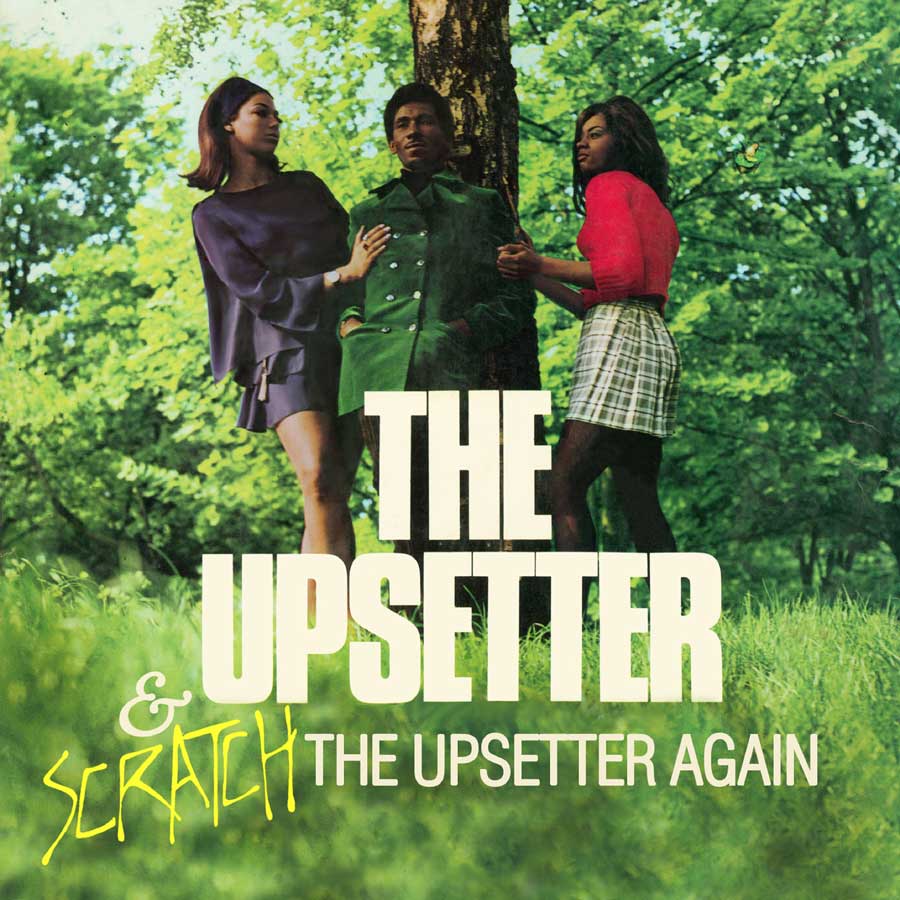 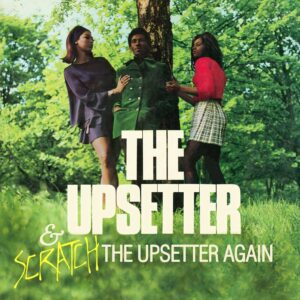 Twofer pairing the first albums released credited to Lee Perry as the artist, with the original version of 1969’s The Upsetter being joined by the follow up Scratch The Upsetter Again which came out the following year…..LTW’s Ian Canty hears both some Moonstomp-enhancing keyboard dynamics and early Dub moves….

By 1969 Lee Perry, nicknamed “Scratch” because of his Chicken Scratch record, had already been active on the Kingston music scene in Jamaica for a decade. Work on the sound system scene and later in the studio for Coxone Dodd and Joe Gibbs had made his name. After various disagreements with these two (the repercussions of which would fester for years) he had struck out on his own with the Upsetter label. His quirky ideas really started to take off when he cut the game-changing 1968 single People Funny Boy (the song was a barb aimed at Gibbs). Around this time he began working with the musicians who would make up the first Upsetters band, essentially Gladdy Anderson’s outfit the All-Stars.

It is that line up that we encounter on the first album of this twosome, Lee Perry’s official debut The Upsetter. As the sleeve essay by David Katz notes, the album cover was pretty cool, making a great impression before you had even listened to the record. Lee’s in a forest, done up to the nines but looking contemplatively into the distance, while two ladies vie for his attention. Inside is a mostly instrumental album of Perry’s singles of the past year, with a couple of vocal sides and one true interloper. Night Doctor was actually the work of Ansel Collins, but the keyboardist had sold it to Lee as a means of distribution. This kind of thing went on a fair bit all over the world, but thankfully for the listener it’s a goodie and shows Ansel not far from The Liquidator type of sound.

Getting onto the stuff that was genuine Perry material, these are mainly the type of sprinting, jerky grooves that went down a storm at dancehalls in the Skinhead era. Perry was naturally pretty inventive in keeping these kind of things fresh and danceable and at this stage there is only the merest hint of dabbling in proto-Dub techniques (more of which would crop up on Scratch The Upsetter). The old Bee Gees chestnut To Love Somebody is one of the three vocal tunes, getting a Reggae-fied workout from Busty Brown who also acquits himself well on the R&B/Soul number Crying About You. The Muskyteers (the Silvertones under a pseudonym)do a decent version of Brook Benton’s oddly named Kiddy-O, but apart from that we’re in instro country and with Perry at the controls, it’s a good spot to spend a half hour.

We hear Lee himself for the first time on the echo-drenched intro to Man From MI5. This was an early hint of the kind of “word-association” talk-over style he would develop and perfect as time went on. Wolf Man sports an eerie burbling noise alongside the usual flowing organ and the bass, which would rise in prominence in the Reggae of the future, is heard to fine effect on Heat Proof. To end with Perry floods Night Doctor with is old pal Val Bennett’s sax, various effects and a new organ line, rendering it barely recognisable. Still a smart way to end an ultimately very pleasing record though.

Soon, with the aid of a chocolate commercial screened regularly on ITV, Return Of Django would reach the top 5 of the UK charts. The Upsetter would be subsequently be re-jigged to include that hit, but the version we have here is in its original form.

By the time of the second album Scratch The Upsetter Again (with another cool photo of Lee in cowbell action on its cover), the beat was beginning to slow down from those frantic early Reggae tempos. Perry, never one to stand still, lowered the pace a little on this selection and was dabbling more with stranger sounds. One Punch is a good example of the slower beat, squeezing something eminently cool out of an upfront “milk-can” style percussion and a simple four note organ riff. The tension here is everything.

Lee was suffering from tooth ache and never one to miss a chance to turn an incident in life to a sound system winner, the album begins with Bad Tooth (this one has a gently nudging rhythm quite like Lloyd Chalmers’ Birth Control) and its logical follow up The Dentis’. The little echo effects of Outer Space are a reminder of who we are listening to and Soul Walk positively twinkles. Unfortunately the only vocal track, Dave Barker’s Will You Still Love Me, is a fairly ordinary Soul effort, not one of his best with Perry.

However, Mule Train shows Scratch moving towards the outrageous experimentation that would become his trademark as the years went by, a simple tune garnished with a DJ toast by Count Prince Miller and brass part that is made to sound like an elephant’s cry! Take Out is proto-Dub as well, a spooky piano set against snappy guitar and rhythmic ticks. The Result ends things very much as a look to the future with its weird, queasy opening giving way to two separate organ riffs, one high and one low,. This one still reflected the Boss Reggae sound, but shows Perry was blasting off towards a very different place indeed.

Both these albums still sound good today, which is a testament to Lee Perry ear for novelty and innovation. We should not forget of the skills of the players here as well, their contribution is immense and that they could turn Scratch’s often wild ideas into something so listenable is an indication of the high level of their abilities. Both albums are great example of the productivity and invention of that original Reggae sound and this is another lovely and well curated reissue by Doctor Bird.