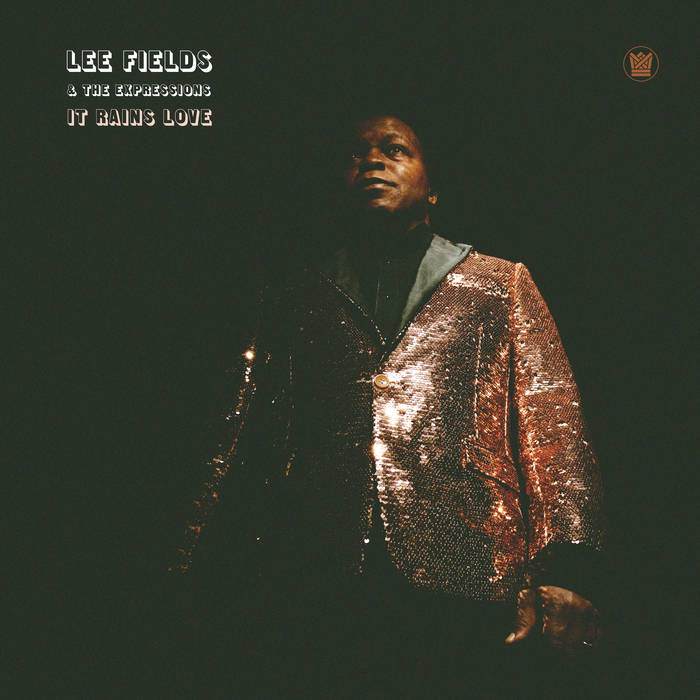 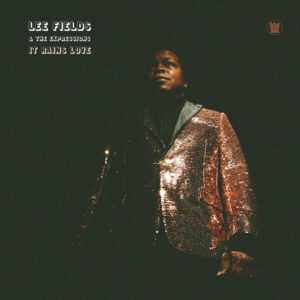 Lee Fields is the faithful soul singer who has released some stunning soul albums in recent years with his band The Expressions. April 2019 sees the release of his latest piece of work, It Rains Love, via Big Crown Records. Matt Mead reviews the album and interviews Lee for Louder Than War.

The origins of black American soul singers go back to the likes of Ray Charles, Fats Domino, Sam Cook and even further. 68 year old Lee Fields has been recording intermittently since 1969. But, fast forward to 2019, and the singer is at the peak of his powers with this latest release. Co-operating with The Expressions, they are match made in old skool funk/soul heaven.

It Rains Love sees the band, yet again, jump on the back of the 1960s soul train. It sounds as authentic as the old Stax, Motown and northern soul release’s faceless musicians. And their instruments come across like they have just been picked up in the mid 60s, with Holland, Dozier, Holland at the helm in Hitsville, with 50 years of old dust covering the speakers. Rat-a-tat fatback drums, sumptuous licks of guitar, warm bouncing bass lines and the chiming echoing backing vocals collectively sows the seeds of success amongst this impressive collection.

The self-titled opening track, It Rains Love, lifts the lid on the proceedings. This jerking soul classic delves the listener into the mind of Fields, he’s a lyrical love man, the Professor of Love, he’s no Barry White laden with gold, his message is 24 carrot golden love, no rolled gold here.

Further stand out tracks include Two Faces, a juicy slab of soul pop funk with a catchy chorus that will have you flipping the needle back to the start of the track more than once. We get the gliding soul ballad of Love Prisoner, Lee testifying to his immediate audience the affection he has for mankind. The emotion is replicated by his paying audience. The whole album is a charming, blissful and deeply moving to listen to.

There’s no doubt in my mind that this is an absolute classic soul album, no gimmicks, millions has not been spent on the album, but who needs that when you can feel the genuine commitment of dedicated players and song writers oozing from the speakers. Lee and The Expression have left a cornerstone in soul records with It Rains Love, the likes of which the world needs to witness more of.

LTW: What is your first memory as a child?

Lee: First memory as a child was basically just wondering why people were on their knees praying.

Were your family very musical?

Everybody sang in my family. Daddy had a band when he was younger and he would tell me about it. My uncle would come around with a snare drum, everybody in my family was musical.

Who did you look up to as a child, musically?

When did you first start singing?

Professionally right after I won a talent show in my hometown when I was about 13 or 14, I got hired by the band that was playing on the talent show. Before that I saw The Beatles on TV in about ‘64 and that totally blew me away. I immediately bought a guitar, I felt like I had to have a guitar after that.

Who were your singing influences?

Sam Cooke first, James Brown second, I didn’t get into him at first but when I got into him I was blown away. I was influenced by Fats Domino, Buddy Holly, The Beatles, Jimmy Reed. Everything I heard I was influenced by. Even today I’m like that. I like Sam Smith. I like Chris Brown. I think when you stop being influenced, that’s when you’ve run your course.

Did you learn any other musical instruments?

I used to be a bass player. I played it for such a short period of time because right when I started playing they wanted me as a front man.

When did you first start writing your own songs?

Ever since I can remember. The first thing I did when we got the guitars was getting a little tape recorder at maybe 15 years old.

Who were your song writing influences?

Were you always into the soul, funk, gospel music or were there other musical influences?

Yeah I was into that stuff but I was also into pop. I like Abba. I like all kinds of music. Duke Ellington and Count Basie, The Bee Gees. These days I also like the Backstreet Boys, Katy Perry, Bob Marley, The Animals and Santana.

How did you start off getting into the music business and playing with the likes of BB King, Bobby Womack and Bobby Blue Bland?

I opened up for them in their shows.

Was James Brown a big influence on you?

James Brown had one of the biggest influence on me. James affected everybody so personally. There were so many people that wanted to follow in his footsteps and I got swept up in that, he influenced me a lot.

How did you feel being able to release your music in 1969 with your debut single and album release?

I think anyone would feel great the first time they got a real record. Just to feel the record in my hands and to know I was recorded was a big deal for me. It was like a child taking his first step, it was like I was in a whole other world after that.

Why was there such a gap between your initial releases and the recent releases with The Expressions?

Actually, the only gap that there was, was in the 80s. Throughout the 70s, I was very productive. I cut a few records in the 80s but music had changed. It was like totally dance music but a bit less soulful and more refined. But ever since the 90s, I’ve been busy, busy, busy. I was on the blues circuit and then I was on the dance circuit for a bit with Martin Solveig. So it’s been a very beautiful journey. It’s like a never ending beautiful dream.

Can you please go into detail of why you decided to go into the studio and record the new album? Did you have a bunch of songs that you had and wanted to record?

Well, Leon and I got together to record the new album. We wanted to really make this album a little different but not that different. We wanted the album to cover the whole spectrum of what’s going on in a hardworking person’s life and what’s going on, on TV. What we were aiming to do was cut straight to the person’s spirit. I’m hoping they get a feeling of feeling better and more positive about things.

How easy was it to get the songs from the mind to the floor? i.e. from an idea to actually record the song

When you write something that you really feel, it’s not hard to record it in a way that you’re really happy with. Because all you got to do is follow that pattern of the feeling you had when you were creating it. Basically that’s how it’s done.

Was there much jamming/demoing before recording the songs as we hear them on the album?

Where do you get ideas from for the songs you write?

I believe that ideas are like transmitted waves out in the cosmos. If a person really listens careful enough, they’ll hear something in their thoughts because the mind is interpreting those cosmic vibrations. If it makes me feel good, I feel like it should make a lot of people feel good because I’m the average John Doe. So I don’t try to make these songs – I let them come to me. The more I think about it, the further away I get.

What is it like working with Leon Michels, he has produced quite a few of your past albums?

Leon and I have been working together for such a long period of time. It’s fun working with Leon. But he’s very serious so it’s really, really exciting. Although we don’t do much talking in the studio, its highly energising because he’s so creative.

Do you enjoy working and recording in the studio or playing live more?

I get a great joy from both. It’s hard to say which one I like the most.

What have been some of your musical highlights playing live?

The highlights are watching people get so emotional during a concert, to know they’re feeling what you’re feeling. Every performance, if we touch the audience in that way, each night is the greatest night of my life.

Lastly, what’s on your turntable at the moment?

It Rains Love! Because I’m studying the album and the Van Morrison song I’m covering in the tribute which is called And It Stoned Me. I’ve been doing a lot of listening.