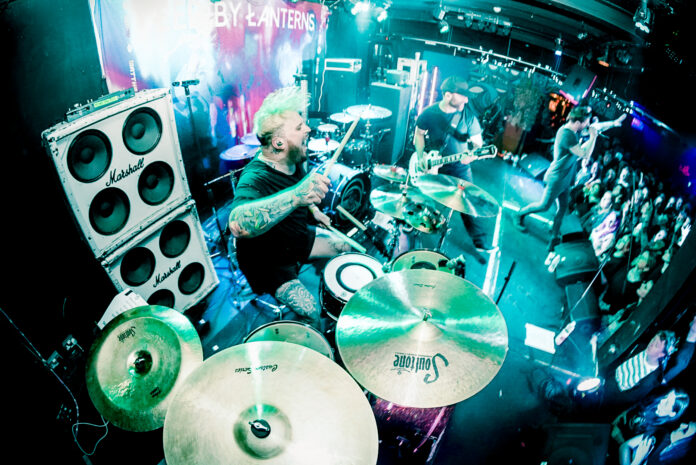 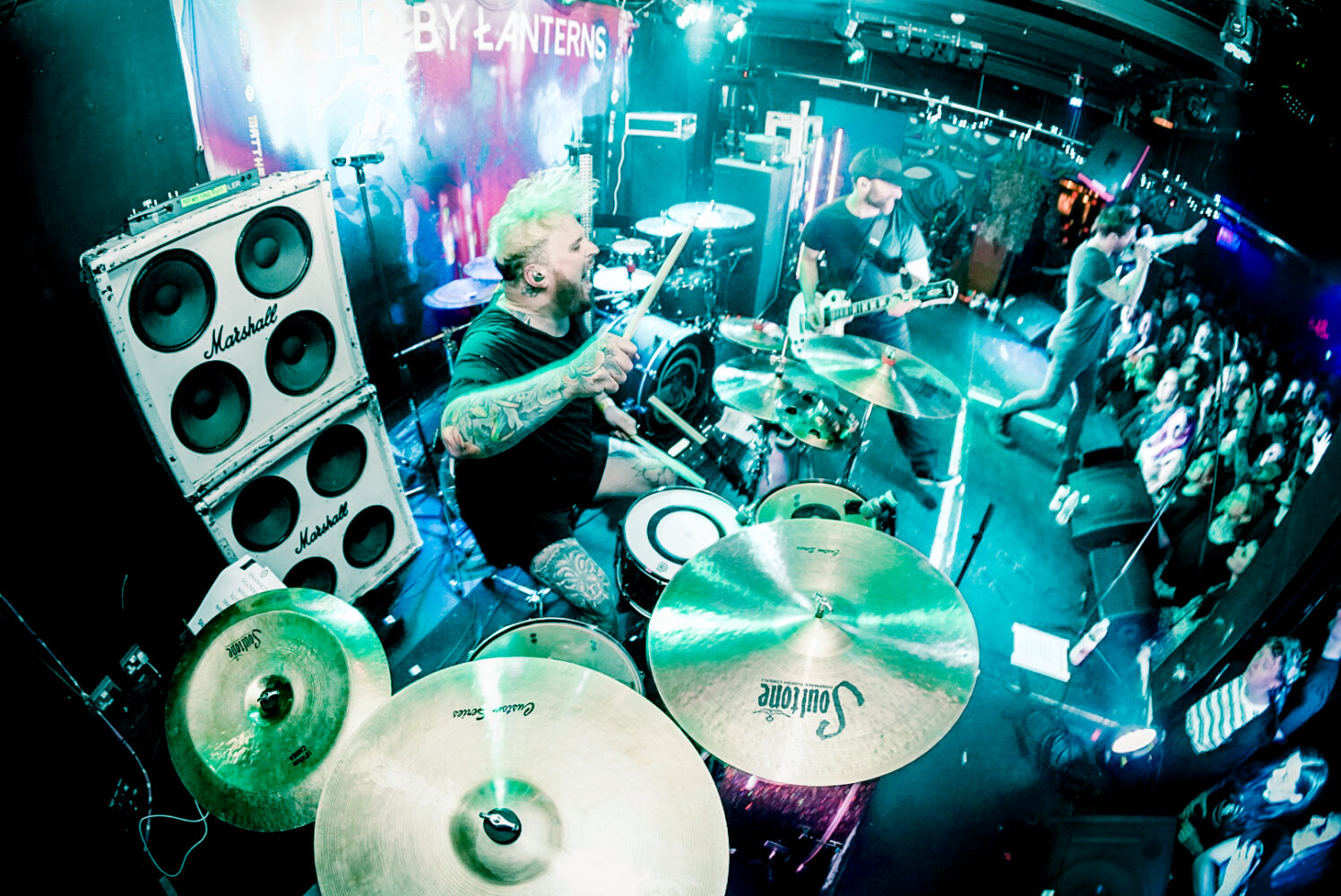 Led by Lanterns | While She sleeps
Rebellion, Manchester
25th March 2022

The energy was soaring as the Birmingham-based metalcore four-piece band Led by Lanterns dominated the Rebellion stage alongside a star-studded line-up, headlined by While She Sleeps for their first-ever SLEEPS SOCIETY members-only intimate gig.

Coping. has just exited the stage to a very positive response. A dimly lit metal club in Manchester, Rebellion, is hosting a very important moment in metalcore history. This is the first-ever intimate gig for While She Sleeps’ patrons, who are named SLEEPS SOCIETY. It only makes sense that they have chosen the band Led by Lanterns to open for them. Taking similar steps alongside While She Sleeps, their community, Lanterns Alliance, allows them to connect with their fans on a more personal and intimate level. It’s this intimacy that connects everyone tonight.

Taking to the stage, the audience below welcomes them with an abundance of cheers and applauding. They enter with a bang, playing with as much energy as one could expect. The first two tracks of the night, Alive and Six Feet Down, are already met with sing-alongs and moshpits, of which the latter shows no signs of slowing down any time soon. But lead vocalist Shaun Hill has something bigger and better in mind. 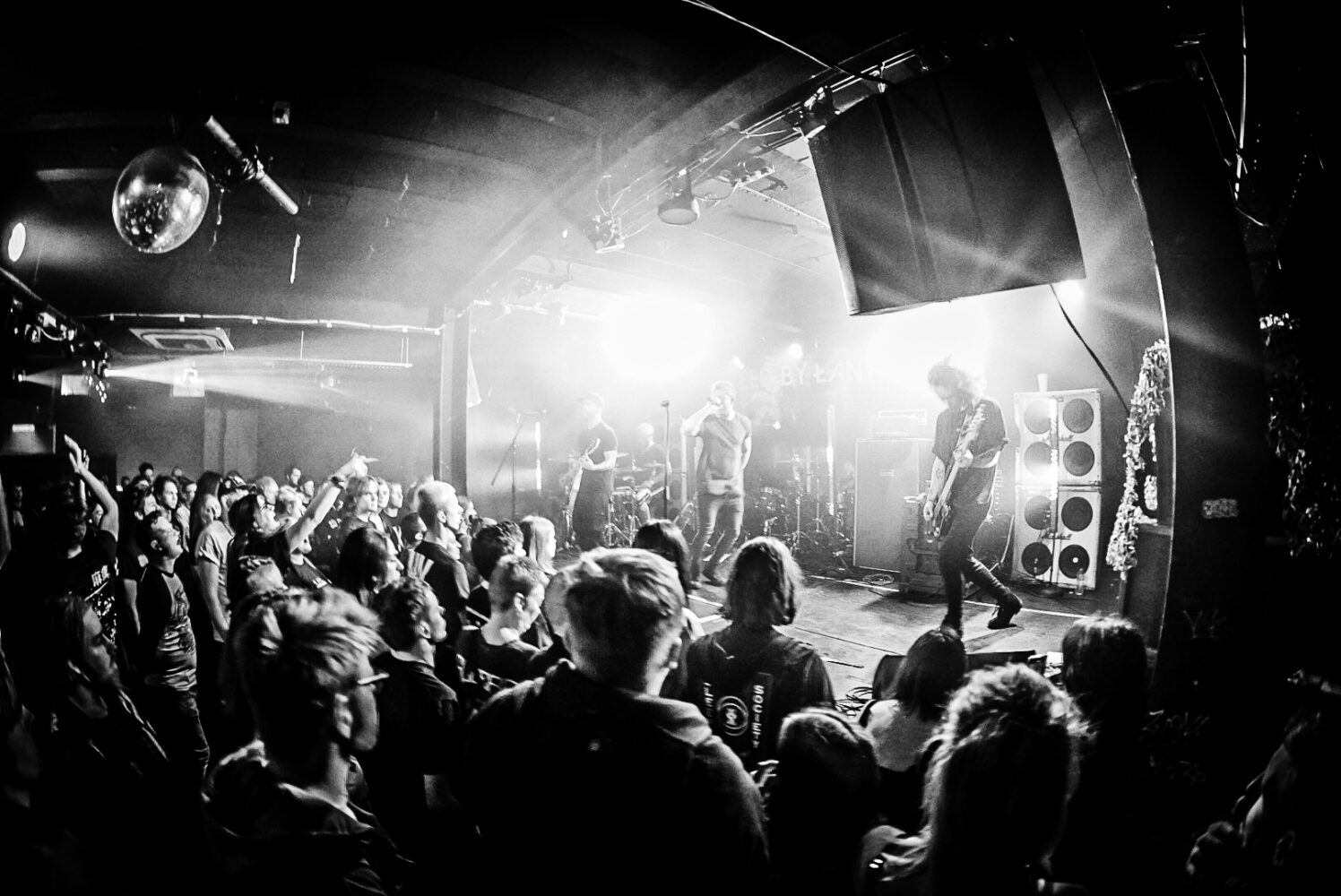 He asks the crowd to split in the middle. It’s not that usual for opening acts to request wall of deaths so early on but Led by Lanterns seem to have the confidence and cadence on stage to do so. The atmosphere created during this split perfectly fits their next song, Catacombs, which is also the heaviest song on the setlist. The sheer commitment of the audience is astonishing. The view of bodies crashing into each other has become a staple in the live music sector, and it certainly never gets old.

Continuing with Satellite, Dxwn, and Paralysis, the stage production and presence of the band are phenomenal. Flashing lights, heavy riffs, sharp vocals, and an atmosphere of dominance erupts throughout the 400-capacity venue. They announce their last song, Criminal, and exit the stage as vibrant and energetic as they entered it, leaving the crowd more than ready for the main act. If there’s one thing for sure, it’s that Led by Lanterns are a band to look out for this year.

The night ends with While She Sleeps performing one of their best setlists to date. A variety of their last two albums, SLEEPS SOCIETY and SO WHAT?, alongside fan favourites Silence Speaks, You Are We, and Four Walls keep the audience constantly moving. A wave of crowd surfers end up on stage performing and interacting with the band before shortly jumping back into the audience. It is a moment all bands in the lineup have been waiting for. It definitely pays off, closing an exceptional night, with fantastic bands.