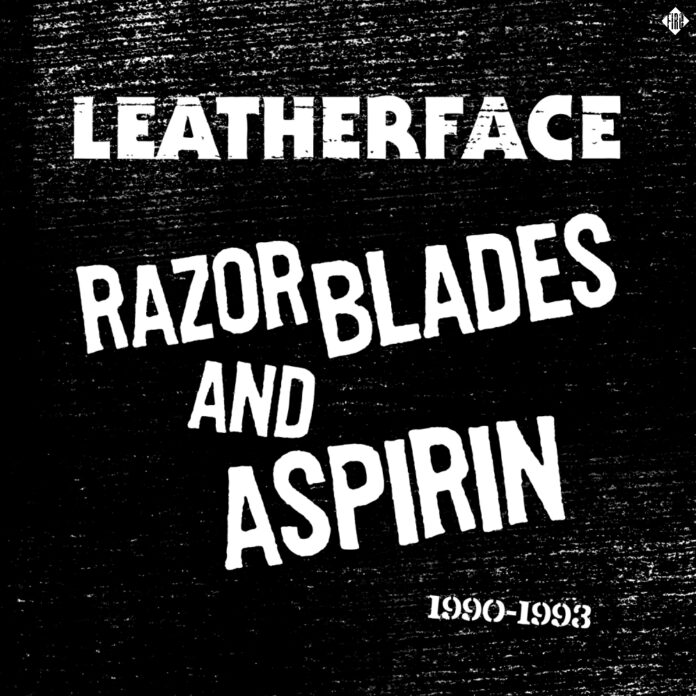 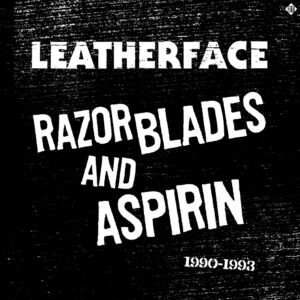 Reissuesd and remastered boxset from early nineties punk greats Leatherface remind us of what an intense force they were.

Taking their name from a well-known character in the cult film Texas Chainsaw Massacre, Sunderland’s Leatherface exploded onto the UK punk scene in the late eighties, releasing four albums in quick succession, before imploding as quickly again.

Frankie Stubbs, guitarist Dickie Hammond, bass player Stuart Schooler and drummer Andrew Laing were often compared to Husker Du, mainly because they sounded like no other punk band in the UK at the time. The comparison is understandable though, as they excelled at delivering melodic hard-core tunes in the vein of Mould and Hart, but they were very much their own band. While Bob Mould was moving on and pursuing a folksier path in the 1990s, Leatherface would prove that there was still plenty left to say for an adrenaline fuelled, high octane and passionate punk band.

It wasn’t until 2nd album that they really found their distinct style, and this expansive box set takes things up there. A collection of all three albums released on Roughneck Records/Fire back in the early nineties that also include a host of EPs and B-side tracks that were released on the label too.

The box set is broken into 3 parts, indicated by each album, Fill Your Boots, Mush and Minx. ‘Boots’ begins with the intense ‘New York State’, a highlight, remastered, and sounding pristine, Speak in Tongues  feels like found in should have found an audience in the early 90s, with its virulent chugging guitars and magpie stylistic melodies, everything from metal to the Ruts. ‘Razorblades’ is powerful manifested noise, and Fate, with it’s phenomenal resonant guitar really augments the infectiousness of the album. The band are insanely driven, frantic fuzzy guitars, raspy vocals, and Laing’s high energy persevering percussion, making it all a relentlessly positive listening experience.

Mercifully covers Candle in the Wind, and In the Ghetto have been left off, but while those covers have been excluded, others are needlessly included elsewhere. The Smokey Joe EP after ‘Boots’ is rough and ready, and was recorded just months after Fill Your Boots, Trenchfoot is a favourite as is the angry and political The Scheme of Things, and Ideal World is a perfect example of that heavy distorted catchiness the band excel at. It’s not clear why some of the album tracks have been left off ‘Boots’, but cd1 is a blast nonetheless

Mush has been regarded as a classic for sometime, and unlike ‘Boots’ the album remains intact. It’s an impossibly excellent album and still sounds as vital as ever, highlights are littered throughout. Infectious melodies played with such urgency and power, it’s as if the band had been told they had moments to live, demonstrated in tracks like Bowl of Flies, Not Superstitious and Trenchfoot,  all hook laden magnificence. Listening to this album again, it’s surprising they never crossed over into mainstream, they deserved it. Possibly too hard to define, or not quite fitting the popular alternative rock of the nineties, whatever is was, it’s as perplexing now as ever. The emotive and passionate delivery of Stubb’s lyrics and vocal recall a gruffer, Paul Westerberg,  exemplified in the exemplary Not A day Goes By, a blissful tale of adolescence, love and loss, and again in I Want the Moon, “Nothing like injustice nothing like a song to sing, Choose to give icons of our age, And choose to live with one foot in the grave” Stubbs has an incredible ability to really make you feel something, whether it’s stories of everyday emotions, or greater themes, it always resonates. The band also had their fair share of social and political motifs running through their releases, but like an Oi band,  it was unpretentious and anti-intellectual, just an honest everyday man approach to something that affected them, and society in general, and Dead Industrial Atmosphere is a perfect example of that.  Of the extra tracks, Message in a Bottle is one their better covers, but as an album, Mush remains immaculate.

Minx may not achieve the heights of Mush, and despite there only being a year between albums, Stubbs vocal is a lot more growly, no doubt down to throwing everything he had into singing live in the time between albums. It doesn’t detract from the overall delivery though, and his Lemmyesque vocals would be even more pronounced on subsequent releases when they would reform from 1998 to 2012. There is still plenty to enjoy, the accelerated, and spirited bass heavy Heaven Sent, and Batman referencing  Pale Moonlight are high points, and Wallflower, Do the Right Thing, Don’t Work and Fat, Earthy, Flirt are all soulful noisy punk at its best. Confirming Peter Perretts point that great songs should sound good on an acoustic, the acoustic version of Not Superstitious taken from the Do The Right Thing EP is a real treat. An acoustic album from Stubbs would be an interesting proposition, or at the very least maybe someone could release his 2001 10″. From the EPS, and singles, covers like I Can’t Help Falling in Love, which recently enough got an outing on Sons of Anarchy and the Tracy Chapman penned Talkin’ ‘bout a Revolution, are little more than curiosities. Lyrically the latter might make sense for the band, but don’t come near any originals. They just serve to lessen the band’s real genius, and are strictly for the completest.

Their period at Roughneck/Fire was possibly their most productive, with three albums coming out in quick succession. With fifty something tracks on offer, there’s going to be the occasional weaker track, but remove the covers and you have a prettyspotless collection here. The albums are pretty hard come by; and with the EPs, and the extensive linear notes, this is a must have for both fans and people coming to the band for the first time. Overall, a fantastic collection of songs, and a reminder of what a powerhouse of a band Leatherface were. Hopefully this release might inspire them out of retirement, again.