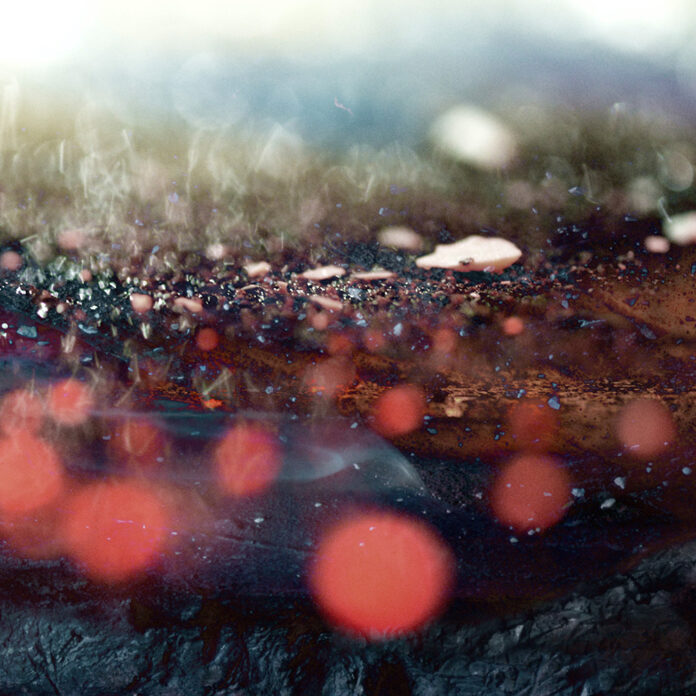 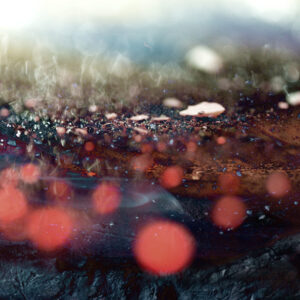 Leafcutter John brews up a particularly English blend of electronica. It seems to come floating up from the eastern lowlands, where the Fens and the Broads bring the earth down into submerged marshes and freshwater tidal flurries. Although John Burton, the Leafcutter of the name, originally hails from Yorkshire, I can hear the environmental influence of East Anglia and especially Norfolk, where he studied painting at Norwich School of Art and Design in this beautiful LP. Resurrection is an artistic representation of landscape slowly sliding under marsh and bog stretching as far as any human eye may see.

This is John’s first solo album in nine years following a period of travel and collaboration, most notably in his role as electronic instigator in British jazz collective Polar Bear. This period of exploration and consolidation can be heard on Resurrection as it effortlessly meshes modern composition with the desire to twist solid-standing structures into warped askew reversions of themselves. Basically, these are works which sound like they’ve been meticulously composed then messed with and cast adrift.

Smeared vocal wails and tingling bells flood from the opening title piece, embellished with glitches and crunches as though a perfectly poised life drawing was being fused by interference and drop-out on a malfunctioning laptop screen. “I Know You Can” comes close to a scrappy beat frenzy, vocals popping out a gibberish chorale as though software were trying to form new words with which to communicate. The end result could be Thom Yorke when he eventually gives up on outdated song forms.

Elsewhere, shards of what sound like organ drones flicker from inside ever fluxing frames of digital detritus. At these moments of willed-for transcendence, I hear the soul of England being wrestled over from within a far-off church surrounded by miles of slowly shifting quagmire and marsh. Final piece, “Gulps”, involves guest player Shabaka Hutchings producing plaintive yelps and whines from a clarinet being slowly submerged under a fast moving tidal rush of electronic scree made up from 7.1 billion layers of a recording of the North Sea, each layer representing a human being on Earth at the time of its making.

Even without being aware of such facts, Resurrection wields a hefty emotional clout. Whether deliberately evoked or not, there’s a desire for salvation and reconciliation in this sublime record. A wish to find new paths through tangled undergrowth and across treacherous landmasses, a reclamation for new ways of progressing away from isolated and benighted pools of thought, to finally return to the welcoming earth as the bell tolls.

All words by Euan Andrews. More writing by Euan on Louder Than War can be found at his author’s archive.