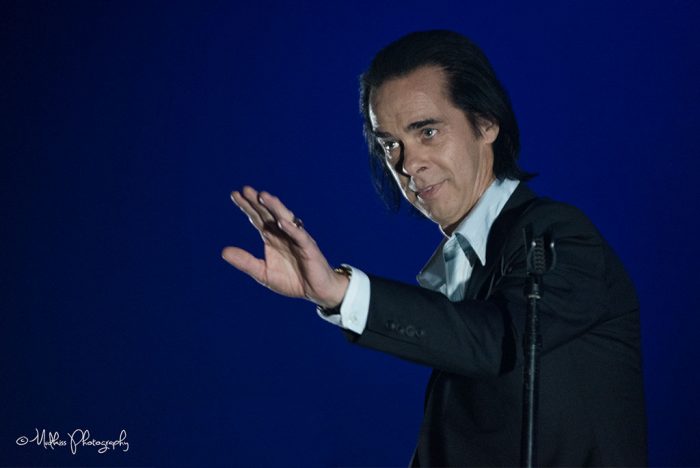 Nick Cave’s decision to play Israel has sparked a big argument with many different sides been taken from the continued boycott against the country because of its human rights abuses to others wondering why stop at Israel with many countries on the touring circuit having poor human rights records and repressive regimes, some feel that playing Israel is like playing Sun City in South Africa whilst others don’t in a decisive debate…what do you think?

Leading writers have addressed musician and author Nick Cave’s comments on the Boycott, Divestment and Sanctions (BDS) movement, made at his recent press conference in Israel, before two concerts by the Bad Seeds in Tel Aviv. These statements follow responses from artists including Brian Eno and Roger Waters.

Libyan novelist Hisham Matar, winner of the 2017 Pulitzer Prize for Biography or Autobiography and the 2017 PEN America Jean Stein Book Award for his memoir The Return, calls on Cave “to be informed not by what people say, but by the facts”, adding that “the stakes are too high for him to be serving, intentionally or otherwise, the will of the strong over the weak.”

Yann Martel, author of Man Booker Prize-winning novel Life of Pi, suggests that Cave “should take up the cause of Palestinian musicians (in fact, why not the entire Palestinian people) who are censored and silenced”.

Leading British playwright Caryl Churchill asks: “The Israeli government has an overt policy of using the arts to distract from its repressive policies. Does Nick Cave really want to be exploited in this way?”

Celebrated Scottish writer Andrew O’Hagan, whose novel The Illuminations was longlisted for the 2015 Man Booker Prize, says of Cave: “Fighting for common decency is a matter of solidarity — of maintaining a vision of what is right, in the face of overwhelming powers — and he has, by his vanity, broken a picket-line.”

The full statements can be read here.

Meanwhile, Nick Cave’s comments on the Boycott, Divestment and Sanctions (BDS) movement have been welcomed by Israeli government spokespeople and pro-Israel lobby groups.

Artists for Palestine UK, whose pledge to uphold the cultural boycott of Israel has been signed by at least 1,280 UK artists, said: “Nick Cave has gifted Israel’s government a PR coup. He declared his love for Israel, and the Israeli regime reciprocated, providing further proof, if any were needed, of the propaganda value to Israel of appearances by international artists.”

APUK added: “Yet Israel’s imposition of decades of military occupation and apartheid against the indigenous Palestinian population is increasingly being challenged by principled solidarity, including from artists. Instead of helping Israel’s regime to whitewash its violations of Palestinian human rights, we invite Cave to support those working for freedom and rights for all.”

The BDS movement, founded in 2005 by Palestinian civil society, calls for international pressure to end Israel’s occupation of Palestinian land, bring equality to Palestinians with Israeli citizenship and promote the right of return for Palestinian refugees.