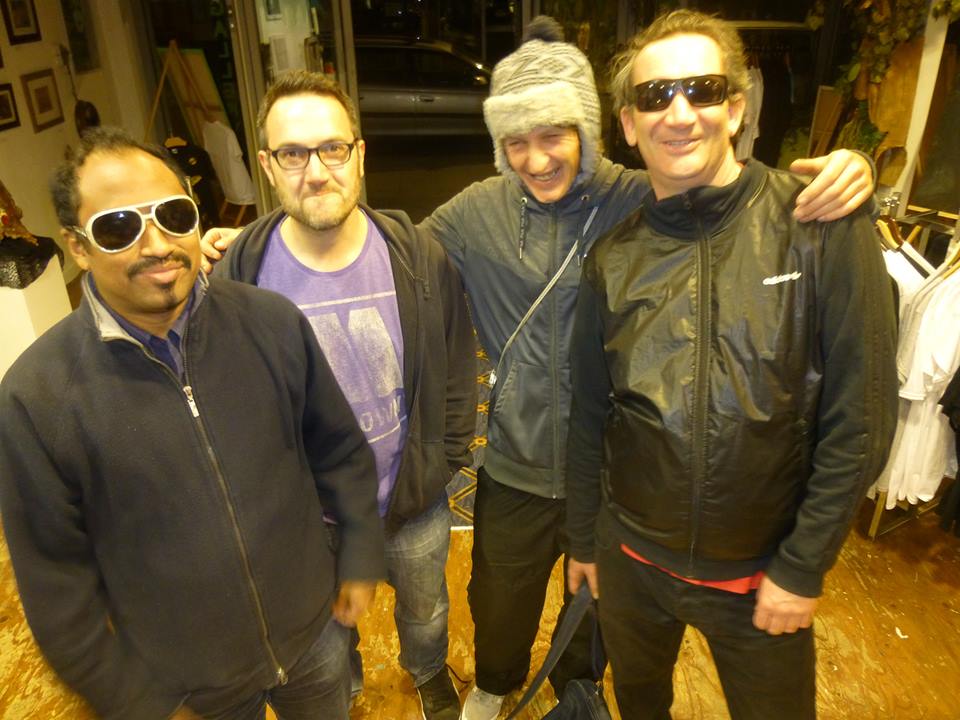 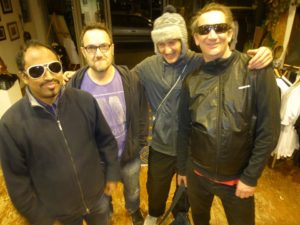 Le Lizard Royale  are a new band from Southampton.

They are beyond categorization but like Black Grape and Fat White Family they mix and mash-up genres and have an all-important attitude and chemistry which makes them unpredictable, verging on genius, but threatening to combust at any time.

Lyrically they are tales from the street, urban poetry mixed in with political jabs, mystical imagery and conspiracy theory.

I have introduced you to singer Marco and drummer Steve before, when they were part of the even more volatile Lo-Fi Poet Band.   Marco is the central figure again -the lyric-writer, singer and schemer-dreamer. His struggles with mental health feed into his creativity but his rock’n’roll outlaw lifestyle on a budget off sod-all has caused him problems in the past.  He has cleaned up his act though and as result is more focussed and productive and has surrounded himself with some great musicians and cool people.

Space-rocker Steve is a groove-machine on drums,  ‘the sensible one’ Adam is mastering his bass-playing and laid-back guitarist Jude is an accomplished player, a total pro.  He can play Classic Rock-style Metal effortlessly but dips into funk and jazz and everything between. (He has his own project Zen Juddism ).

The Song Remains the Same is the first track they’ve made public via the medium of YouTube.  Its below and just about captures the spirit of the band as they rehearse and go shopping at a local high street bookshop.  It’s a great taster for the  album ‘Checking Into the Lizard Royale’ due for release on April 22nd and the launch gig is at the Alexandra pub in Southampton.

So here’s the video……the song, according to Marco is…

“Observational,  about todays world.  Birds still sing, people still take drugs, people inject glamour like drugs.  Nothing ever changes, England will never win.  Then there’s the whole royal family, BBC, David Icke, Cliff, Saville paedo conspiracy …. so generally everything remains the same as those in power are corrupt and we drink and drug our sorrows as the planet destroys itself ”

It’s a cheerful message then?

“Yeah man, life is cheap, as cheap as Poundland”

The vibe in their music is more positive and you can dance in the ruins to Le Lizard Royale. 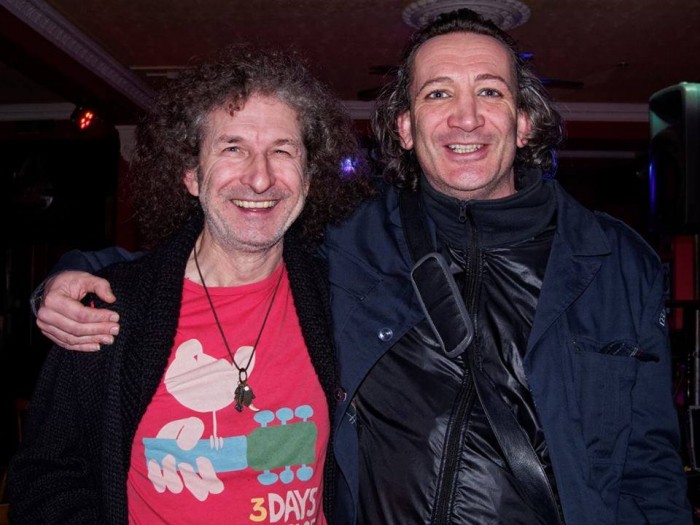 And as if to prove its not all negative vibes … here is my favourite photo of last year. It’s of “Reg Hollis from the Bill” actor Jeff Stewart (in Woodstock t-shirt) and Le Lizard Royale frontman  Marco ( a massive fan of the Bill believe it or not) at  a chance meeting at the Alex pub in Southampton.  (Photo by Adam ‘beat on the bass’ Barnes.)