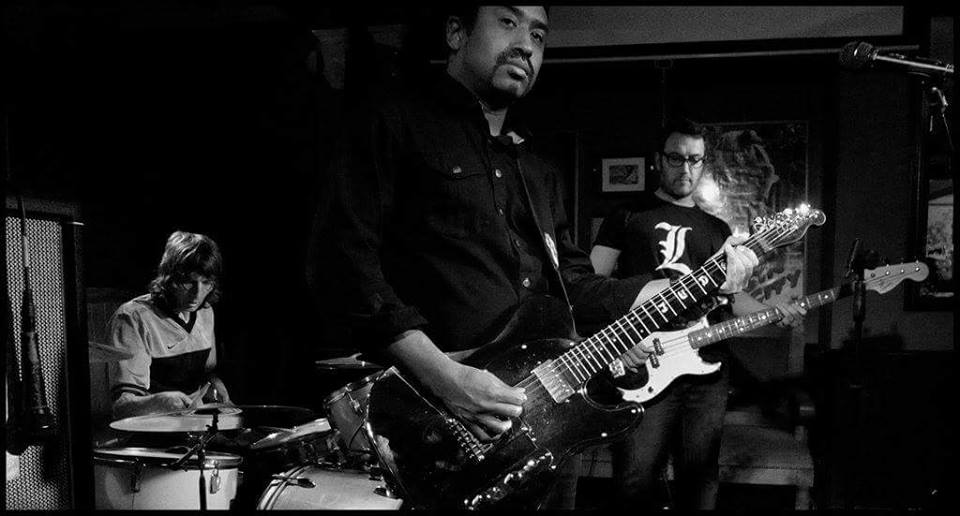 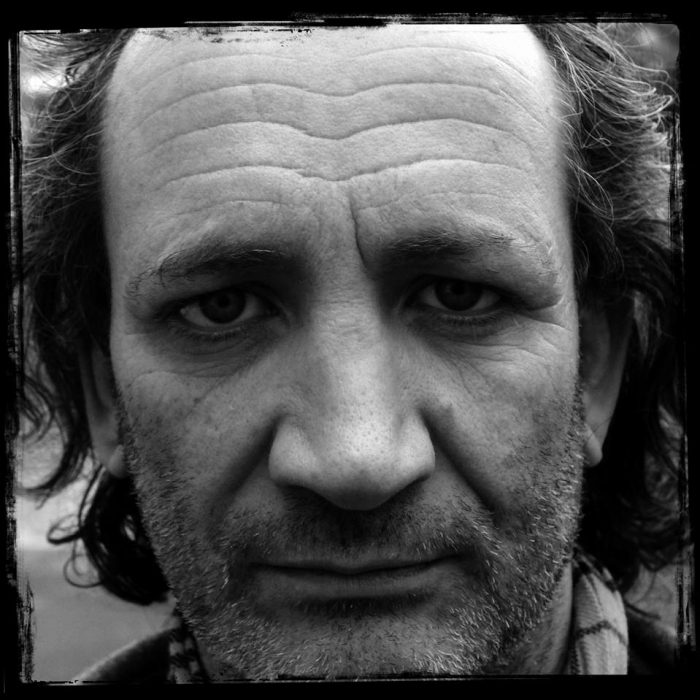 Is it a mini-album or a maxi-EP?  Why isn’t the title on the cover? Is there a fine line between genius and lunatic?  Is ‘St Marys Baggy Rock’n’Roll Dirty Noize’ a neat enough pigeon-hole?  Phil McCarthy reviews Le Lizard Royale as he attempts to find out

First an introduction to the band. Anyone with an attachment to the Southampton Music Scene will be familiar with these guys. Marco the Lead Singer being an especially well known character around town and they regularly are playing concerts at the many local venues.

They initially formed from a band called the Lo-Fi Poet Band and had more of a Hip Hop influence. They has a tumultuous existence and inevitably split up. Marco and his drummer/wingman Steve decided they wanted to continue with a band of sorts so they started recruiting. First was a shoe in. Adam a fledgling bassist and fan of the Lo Fi Poets.  Now all they needed was a guitarist .They finally settled on a chap called Jude from Surrey. Again he was familiar around Southampton being in a band called Hybrid 6.0, he also had experience with bands like Cold Forge and The Oaks. 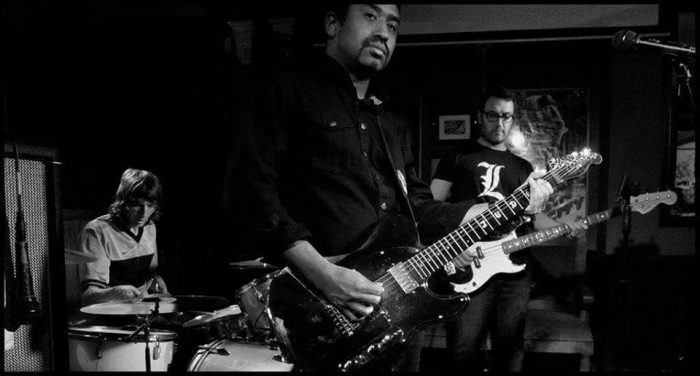 Anyone that has seen Jude play will assume he got the the gig by being all round cool dude and superb guitarist who can turn his hand to Metal, Blues, Jazz, Funk among others, but Marco insists he got the job because Jude offered them sandwiches. I dont care if that is true or not but it is now part of The Lizard mythos.

It would be fair to say Marco has struggled with inner demons through his life but there is a theory that many creatives suffer from such problems.

The band is a tight unit undermined (in a good way) by Marcos stage antics. I would put them in the same anarchic category as Fat White Family or Evil Blizzard. Throw in some Led Zep, Stone Roses and some 60’s Psych and you would get some idea.
Onto the album;  first riffy track is Guilty Conscience which really speaks for itself. The video is below and the edit captures the essence of the band.

That is followed by Le Lizard Royale which opens in a bluesy early Zep style before moving into a Stone Roses groove. The lyrics like on most of the tracks are very controversial with Marco targeting the Royal Family and child abuse cover ups.

Track three The Song Remains The Same (not a cover) is probably the most typical rock track but again follows the Conspiracy trail and name checks Jude’s hero David Icke.

Next track is Human Sponge which details Marcos struggles and neatly dovetails them with some of his musical experiences. It is made more poignant by being a mainly acoustic track and a croaky yet soulful vocal.

Track five is On The Graft Again chronicling the struggles of the street and features a particularly stunning piece of guitar work from Jude.

Dirty Noise/Stars is the penultimate and longest track and is about Rock n Roll and has a very Garagey/New York Dolls feel.

Final track is St Marys Women, for those that do not know Southampton the area has a certain reputation. The track describes the vibe of the area. Its a very riffy track again with some awesome guitar work and Adam and Stevie (as usual ) holding it all together.

They are a very special band with bucket loads of influences and also one of the few bands you could say are not specifically trying to emulate anyone. Maybe they could only come out of Southampton. Marco says he is trying to be like Lou Reed providing a storyline to the pre-gentrified Southampton. That remains to be seen, but they are on a journey. Goodness knows where that will lead to but I am looking forward to the next episode.

All words Philip McCarthy whose author profile is here.  All photos by Dixie Curtis.