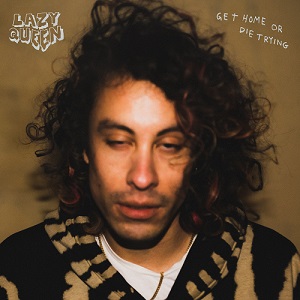 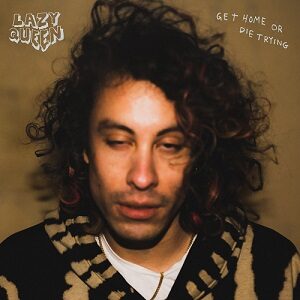 After drip-feeding us with tracks over the last 6 months, Lazy Queen release their new EP, Get Home Or Die Trying.

Norway’s Lazy Queen first landed on our radar last October with the wonderful Last Call. It’s a song that crunches with great slacker power-pop vibes filtered through a grungey fuzz and is the standout track on their new EP, recalling bands like Idlewild in their early prime, tethered to the sounds of Pavement and Dinosaur Jr. in the same way the nearly-rans Seafood were on Surviving The Quiet.

Across the EP, there is a definite influence of American alt-rock. Opener, 13.06.18, starts off plaintive, a lone acoustic guitar under soft lyrics that immediately reference poet and LGBTQ+ activist Andrea Gibson. Pained cries release before the band launch into an aural assault, cranking the volume and powering into a freefalling angst-fuelled riot. It’s cacophonic, guitars and drums flying in from all sounds, on the edge of falling apart. But the band are by no means dwelling constantly in this and have a real ear for punk-pop driven hooks and melodies, which they pull right out as they fly into Gutted. Another song that thrives on contrast, driving full-pelt through spinning riffs, dropping into almost hardcore breaks that screech with intensity.

Bid Geal dispenses with the poppier hues, revving up into a grunge-soaked post-punk attack. Dark grooves through the verses crash into driving power chords in the choruses that break and hammer the nail deep. They’re back at it though as they close off the EP with the Weezer-like A Place (To Bury Strangers), finishing off a great set of tunes that provide a snapshot of their varied alt-rock influences.

Get Home Or Die Trying is available from the band’s website.