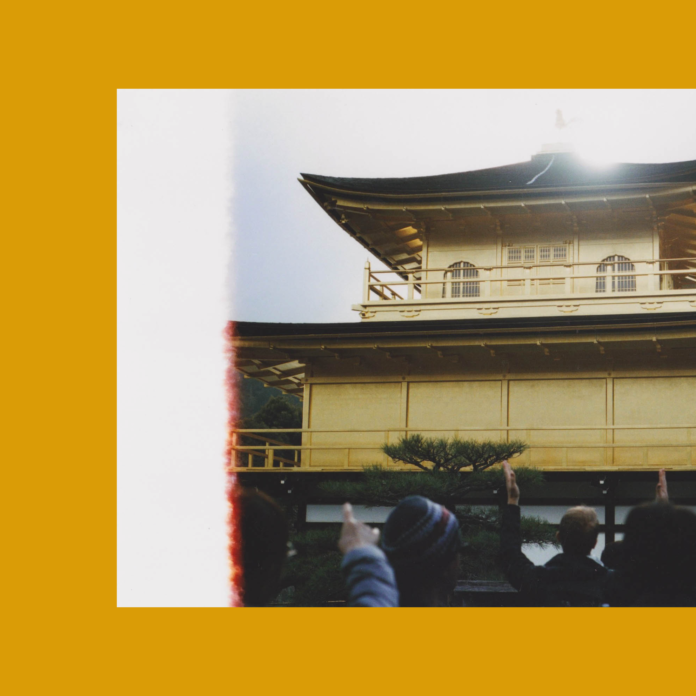 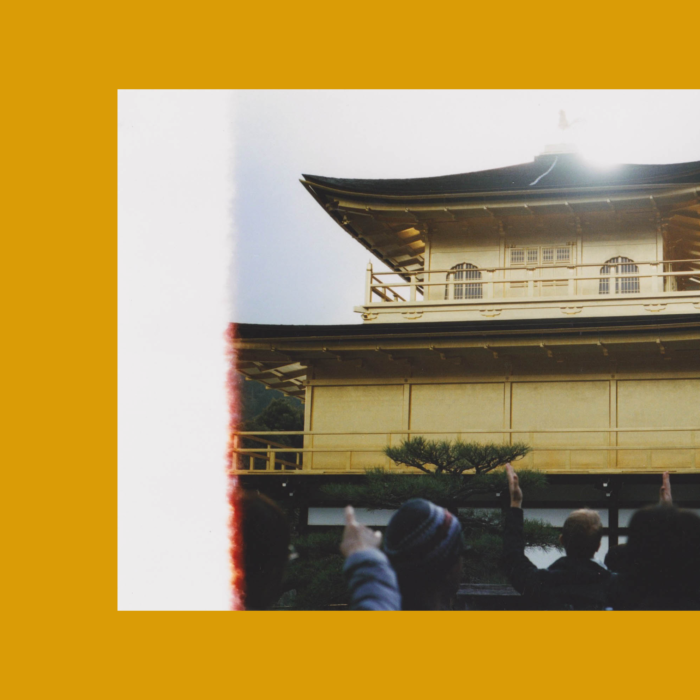 I first heard Lawrence’s music on a competition that he entered for Bleep. The competition had around 20 entrants of unsigned artists and after flicking through the various tunes it was Lawrence’s entry, ‘Parts of the Eye’ that really shone through as the standout track. It had a detuned melody reminiscent of Boards of Canada, the drums were crisp and bright, the bassline was low and really drove the track. It was so well put together and it was clear to me that this London based producer would be one to keep an eye on.

His first endeavours into music production were around 15 years ago, discovering how much fun could be had with illegitimate copies of music software; chopping up & sampling individual drum hits from his favourite metal tracks and re-sequencing them with MIDI.

Since then, Lawrence has released tunes as one half of electronica duo, Tired Arms and released his first solo EP ‘’Underbody’’ in 2013, before following up with the brilliant “Terminal Glo” EP in 2015, which encompasses Lawrence’s own playful twist on techno.

This is Lawrence’s first release since then and something the producer himself states “I realised I wanted to create an album – actually it’s something I always wanted to do since I started making music, but always felt the need to wait “until the time was right”, which I realised would potentially never arrive” Having followed his music since for the best part of 10 years I can say with absolute certainty that with ‘Absolute Regards’ Lawrence has put together his finest work.

I have provided a breakdown of each track below, but would suggest that you listen to the album holistically and then go back and listen again. It’s one of those albums full of hidden details that even after multiple listens you are constantly discovering new things.

Cold Immersion- The opening track builds with an almost playful discordant melody with a faint drum beat subtly working its way to the forefront of the track before the first drop that exemplifies how well Lawrence uses sound in his productions. The feeling of space between the different elements of the track creates such an immersive listen which is a characteristic throughout the entire album. Everything has been delivered with such crispness and clarity with the sounds working beautifully together.

Having had the benefit of listening to the entire album, Cold Immersion is a perfect opener as it displays a vast amount of production technique and character that sets the tone for the following tracks and underlining Lawrence to be at the very top of his game.

Shimanami Kaido –The drums come at a faster pace, stabbing their way through the track with sharpness. Beautiful melodic notes work their way into focus and continue throughout the track. The track is more of an understated roller, that threatens to open up without ever doing so and that’s a good thing given what I think Lawrence was trying to achieve with the track. Shimanami Kaido is a bike ride across a number of small islands in south Japan and the rolling nature of this track would make a perfect musical accompaniment that journey.

Whilst the album could be described as predominately downtempo, it is clear that the ebb and flow of the album has been really well thought out. There is a beautiful balance between some of the slower tracks such as Rays, Raze and Slow Wave Circadia and the faster paced tracks such as the brilliant Fata Morgana and the wonderfully wonky Gongoozler, but everything maintains a signature Lawrence King sound and cohesiveness.

One example of the well thought out flow of the album is the way in which the track Rays blends perfectly into one of the album standouts Give Blood. The track builds from a looped piano riff with notes bubbling in and out of focus with accompanying shifts in velocity before tapering out and blending into the following track seamlessly. Absolutely majestic.

Give Blood stands out as one of my favourites as it once again demonstrates Lawrence’s skill in gradually building a piece of music from a limited number of sounds to a whole soundscape of elements. The track has so much attention to detail and points of interest, from the occasional guitar loop, to synths which vary in direction and different levels of reverb, to vocal samples used in a manner that wouldn’t feel out of place on a Boards of Canada track, hauntingly beautiful chords that just wash over you and a closing guitar loop reminiscent of Plaids classic ‘Eyen’ or the brilliant Infinite Us by Machinedrum. As soon as I finished it, I had to play it straight away again and each time I find additional details that I missed on previous listens.

Astral Dent – To me this is one of the most visceral tracks on the album in that it evokes images of a dystopian sci-fi landscape. Again, nodding to one of Lawrences inspirations on the album, the track has an oriental feel to it due to the lead melody. The drums are again broken and crisp and sit below high-pitched synths that buzz in and out throughout the track. The track also features one of my favourite moments on the album, a subtle key change towards the end bringing in an arpeggiated synth that demands the volume to be put up a notch when listening.

Gongoozler – As with Shimanami Kaido and Astral Dent the name of this track perfectly fits the vibe of the track. Chosen as the second single of the album this one is playful and bouncy and features a thumping 4 to the floor kick at the end delivered in a manner befitting of Lawrence’s brilliant earlier work, the Terminal Glow EP. Absolute belter.

The second half of the album, starts off with a hazy guitar led track, Raze, which evokes images of lying in a field on a summer’s day taking in the movement of clouds and the surroundings of nature. Another album standout comes up next with On the Drag. A phrase from Lawrence’s home county of Suffolk meaning “late”. The track adopts more of a standardized break, but it’s with the bassline that the track really stands out and highlights Lawrence’s talent. It’s jazzy and often offbeat, something in which Floating Points would be proud of. Like others on the album, the track is in constant state of build before breaking down and opening up into some harder edged kicks.

Slow Wave Circadia is one of the most delicate tracks on the album. It has the loveliest little key changes throughout and notes that twinkle away in the background but actually drive the whole tune forward. In a similar fashion to Shimanami Kaido the track rolls along without a great deal of variance, but is so pretty and well executed that it holds interest. Wouldn’t be out of place on Tippers Broken Soul Jamboree.

We then move on to the first single form the album, Shuttle Loop. Once again, Lawrence displays his skill in building up a track before opening everything up around half way through to bright individual synth notes that will have fans of Plaid smiling. Upon listening through headphones, the attention to detail of the background elements in this track comes to the front. You can make out very subtle voices at the beginning and what might be a sample from a train station potentially from Lawrence’s recent trip to Japan. Towards the end after some wonderful synths that come to the fore you can make out a sample of a shuttle train.

Given the quality of the albums tracks, as a choice of a first single, I initially didn’t think Shuttle Loop to be one of the strongest, but after a few listens on a decent set of headphones can appreciate how much time and meticulous craftsmanship has gone into it. This is true for every track on the album, but it’s wonderful to hear and pick out the surprises and finer details on this track in particular. As Lawrence puts it himself, ‘I like to include lots of smaller, hidden details and let tracks gently and naturally evolve over a certain theme or motif.’

The penultimate track from the album Fata Morgana is one of the faster paced tracks on the album and an absolute standout. The synth work is mind-bendingly good and upon the first few listens had me guessing as to which key was coming next. I absolutely love that. Something missing in a lot of electronic music today is the element of surprise and this is perfect example of how to create a tune that keeps you guessing. The whole tune is just so exciting, it fills you with pure happiness, euphoria and a longing for the dancefloor. At 7 minutes 37 it’s the longest track on the album and yet as soon as you have finished it you want to play it again.

The final track on the album Freeside brings things down again and closes off the album perfectly. It’s another slow-paced track which balances well with the previous track. What standouts out again is the clarity of the sounds. As with the rest of the album the mastering on this track has clearly been scrutinised over to make everything sound as bright as possible. It really is a work of art.

From the first to the last track you can really appreciate that Lawrence has put together a well thought out and deeply personal record. There are clear influences from his travels to Japan in the sounds that have been used, but also in the background vocal samples used on tracks such as Give Blood and Shuttle Loop. The track titles such as Cold Immersion and On the Drag also provide a nod to his love of cold water swimming and his hometown in Suffolk.

Each track is full of real craftsmanship and technique that hold your interest and whilst the arrangements are often complex, the mix never sounds muddy. An absolute skill in itself.

As mentioned, I would find the finest pair of headphones you can and immerse yourself in the 12 tracks from start to finish. Without hyperbole you will be rewarded by one of the finest albums you are likely to hear in 2020.

Lawrence is aiming for some sort of live show in the near future and is in the process of planning and creating a live setup. Keep an eye on his Twitter @lawrenke for further details.

You can purchase Absolute Regards from 27th March from Bandcamp (please remember that this Friday Bandcamp are not taking any revenue for sales via their site to help artists).