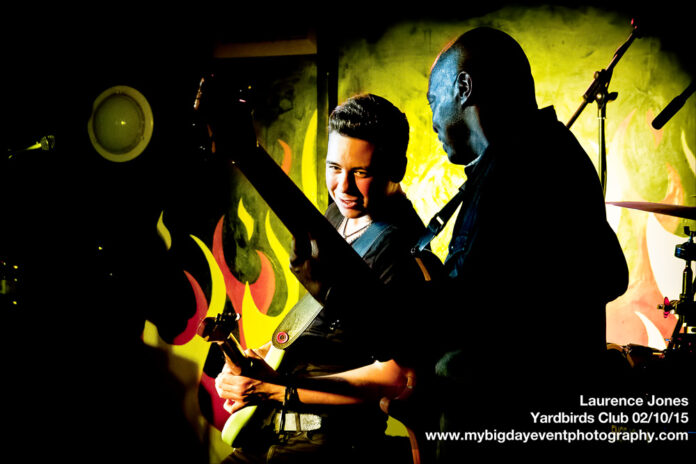 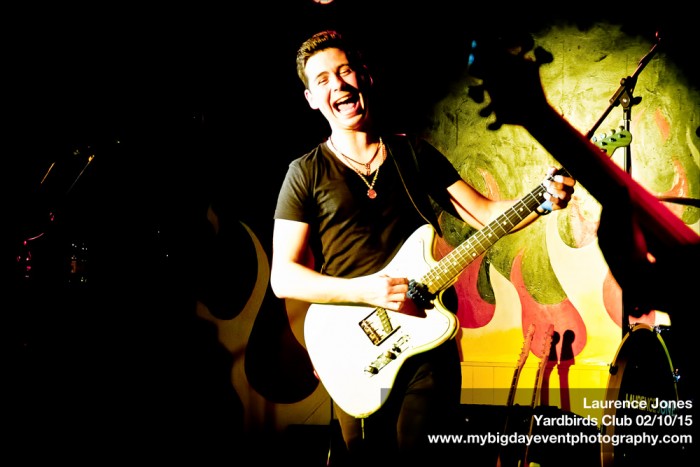 Blues, that’s a dying art surely? You might think so but an evening at The Yardbirds with Laurence Jones and Red Butler shows that there’s plenty of life left in the genre yet. idp reviews

Blues is an old man’s game, everybody knows that. Technically, according to Musicians Union rules, you’re not allowed to call yourself a blues man until you’re shuffling onto the stage in your carpet slippers, gazing forlornly at the audience through whey filled eyes, fretting chords with yellowed fingers while coughing bloody sputum into a bowl between stanzas and singing with a voice that’s been broken by years of booze and ciggies. Them’s the rules but fortunately there are a few brave young greenhorns out there who are prepared to take them as a challenge and Laurence Jones, widely touted as the new young gun or the next big thing depending on your preference, is one of these iconoclasts. I’ve been a fan of his albums for a long time and his visit to the Yardbirds was a great opportunity to see what the cream of the current crop of new blood in the blues scene sounds like live. For good measure he brought some fellow young blues players along, in the form of Red Butler, to show that British blues is alive and kicking. 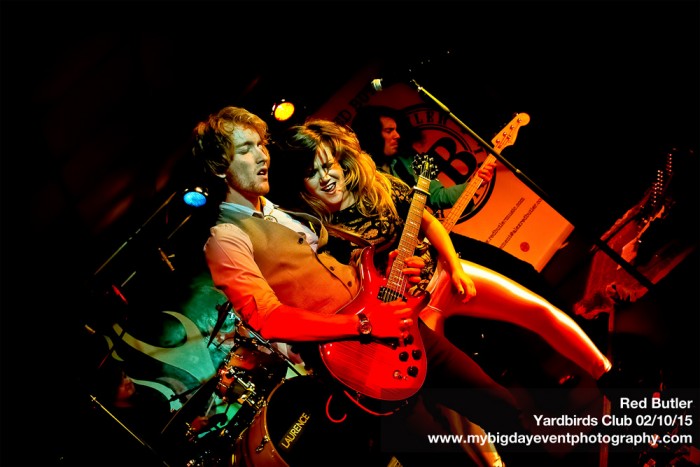 Red Butler are as good a blues rock combo as I’ve heard in a long time, with showmanship to spare, good enough to own the place from the moment they set foot on stage, they’re tight as a drum when they need to be, free flowing and expansive when the mood demands. They’ve got a fine new album to keep an eye open for called Freedom Bound and they’ve supported the likes of Paul Jones and Doctor Feelgood on their way to picking up plenty of awards from the blues press. In these parts they’re known for a fine set performed early this year at the Skegness Blues Fest and even though they made the mistake of calling us Northerners, (let’s be clear here, the North starts as you cross the Humber and get into Ronnie Pickering territory) they will be forgiven eventually because they’re too good to fall out with over something that can just be put down to being typical Southerners.

They’ve got a charismatic lead guitar in Alex Butler whose slide heavy playing is as powerful as you like but never threatens to overshadow the performance of vocalist Jane Pearce who is a force of nature in a shiny top. It seems pointless to even try to tell you which great blues vocalist she vaguely resembles, she just sounds like a first rate blues vocalist. On the other hand the slyness and of her stage manner keeps putting me in mind of Jennifer Nettles from Sugarland. In my house this is high praise so even if Jane isn’t familar with her work hopefully she’ll take it as a compliment. The band also boasts an excellent rhythm section with Charlie Simpson on drums and bassist Mike Topp, whose interaction with Butler is a major feature of the show, particularly when the two trade phrases or stand close to play simultaneous solos on Butler’s guitar.

In a show that is packed with great stuff the early highlight is a deconstructed Shakin’ All Over that takes a classic song, jams the brakes on hard and twists it into something completely new and rather astonishing. Next up is a roadhouse shouter called Jaywalker which goes down a storm but they save the best to last with a cover of Buddy Guy’s Show Me The Money which sees both Butler and Pearce leave the stage for a stroll in the crowd before giving all four an extended workout. Terrific stuff.

Laurence Jones has been taking the blues world by storm for a while now. He was named Young Blues Artist Of The Year at the 2014 at the British Blues Awards, he’s played with Walter Trout (who described him as a cross between Eric Clapton and Buddy Guy and you can’t say much better than that) and Kenny Wayne Shepherd and his recent album What’s It Gonna Be? has been at the top of blues charts all over Europe. 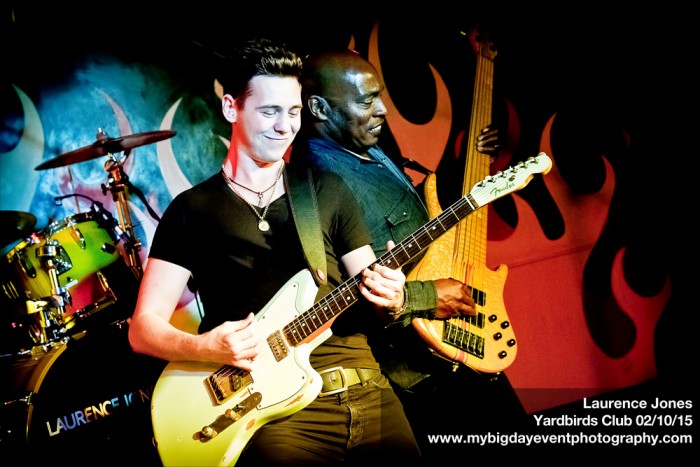 Jones is exactly the kind of fresh faced upstart that the Musicians Union rules were introduced to keep in their place, with perfect hair and a smile that never stops for the whole show. He is clearly having a great time and for a man touted as an emergent guitar solo god the show is very much a team effort. The band, Roger Inniss on bass and drummer Miri Miettinen, are the perfect foil for Jones and in particular his rapport with Inniss is quite something with the two frequently frequently turning to face each other, crouching low and leaning in towards each other until they’re almost cheek to cheek and trying not to giggle.

Set Him Free is a favourite, a great little poppy number with a hook that really grabs you, embellished with some fine ringing solos, as is a Hendrix inflected Watchtower which references many of Jones guitar heroes including the Stones and Led Zeppelin. He also plays tribute to Lead Belly with a storming Good Morning Blues. If I had to pick a favourite I’d go for Stop Moving The House, an irresistibly danceable boogie woogie stomp that showcases Jones song writing skills as well as his playing.

All in all a great show and if you get the chance to see Laurence Jones you should go and catch him while he’s officially too young to be this brilliant.