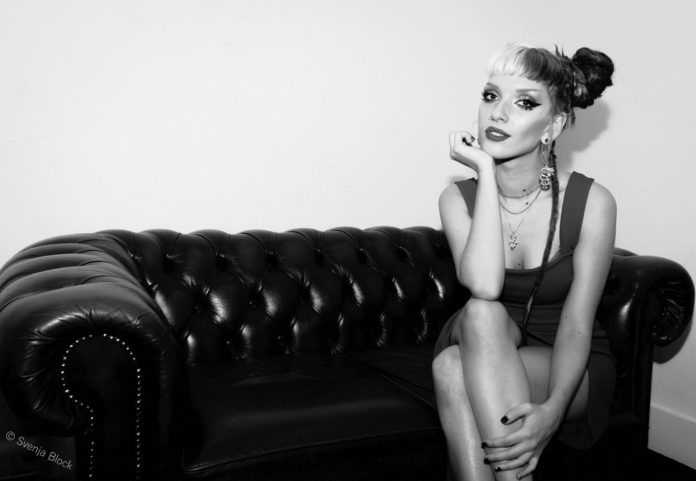 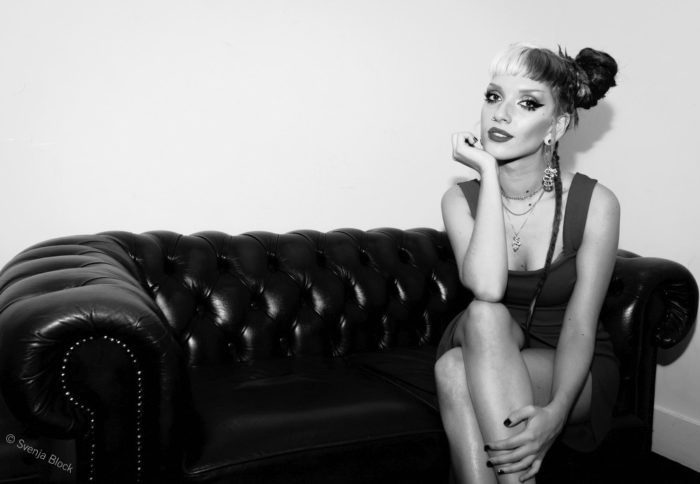 Lauren Tate continues to go from strength to strength, from a new solo album, to touring with Ginger Wildheart, recording a hip hop album and more, Sophie Sparham caught up with the Hands Off Gretel vocalist in Leicester.

How did the solo tour with Ginger come about?

I wasn’t gonna do one, but I was writing so many songs, recorded the album and was then just performing acoustic in my room and I thought I like performing like this, it’s such a different thing but when I do the tour with Hands Off Gretel the screaming is intense so it was nice being stripped back and I decided that I wanted to do some gig.

It was perfectly timed as Ginger got in contact and spoke about the tour he was doing. I said if you’ll need a support, I’ll do it and he said yeah and I was like, shit! Me and Sean hardly practised as it was a split decision but I thought I’ll be able to do it, I can practice. I’m so glad I did it.

It’s a completely different thing than singing with a band, how have you found it?

It’s way more nerve racking because if my voice feels tired with the band, there’s so much music and I can carry myself.  But when it’s so crystal clear I can hear every single note. I can drink and sing with the band, when I do this I keep a sober mind and my voice is better.

Do you think you’ll do this again?

Yeah, I never expected to do this many dates, I thought he’d only ask me to do two or something and then he asked me to do the whole thing. Next year I think I’ll do a headline tour though. 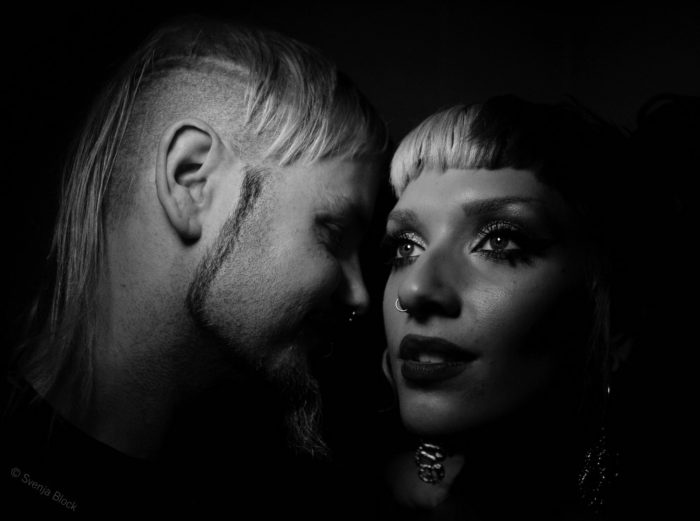 Why did you wanna do these songs solo as Lauren Tate and not with the band?

Style wise I already had in my head what I wanted and then some I wouldn’t think would work, some are a bit soft. I know the band does soft stuff. Songs like ‘Freaks like Us’ was right on the edge of becoming a soft song or a song rocking it up with a balled. I was nervous to do a balled with a punky grunge band, I thought people might not like it and whenever I write there’s a line between what goes solo and what goes into Hands Off Gretel. Then I realised that I had as many solo songs as band songs so I decided to make the album. I thought I’d produce it all myself and see how it sounds and then if I like how it sounds I’ll get a producer to do it before me. Then when I got down to it and I got really into mixing it and thought this is a project on it own, like my own growth as a solo artist. For six years I’ve lost who I am on my own, it’s become me in a band and me standing on my own is terrifying and I thought I wanted to conquer that and do it.

How has it been received by the fans? 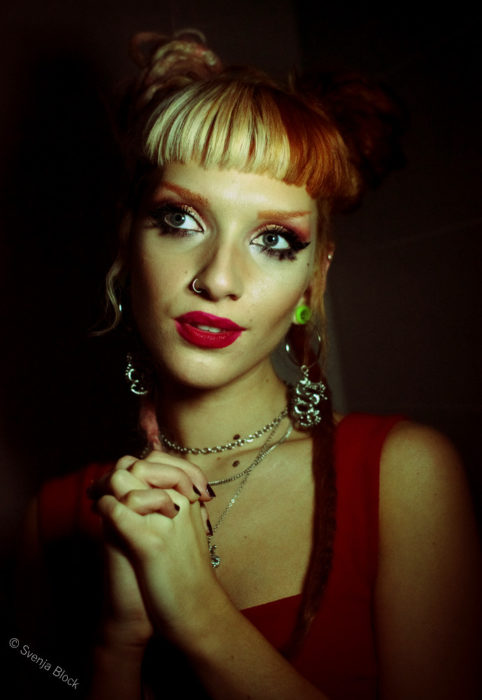 It’s been great, especially with the subject matters. I’ve written about things that I’ve never written before, a lot about domestic abuse in relationships. I’ve never written about that with a band and I was worried what people would think, but the messages that I’ve got have been amazing  especially from girls on Instagram, girls messaging me saying they’ve resonated with songs about relationships they’re in like that minute, then. Yeah it’s been great-I don’t think I’ve had anything really horrible said about it.

Well it’s good and they’re not easy subjects to speak about, to go on stage and speak about domestic violence or young teenagers getting with older men is hard.

And no one really speaks about it. That was another one I was nervous about, I was nervous about showing my mum. I pressed play then I forgot about the lyrical content with these songs, somethings I’d never spoken about with my mum. Not all are personal. Some are about friends or from messages that I’ve received, so it’s like a mixture trying to be as honest as possible and challenging myself to write about things that I’ve not written before.

It’s easy to play it safe, but you decided not to do that. So props to you. It seems like a lot of things that older Lauren is saying to younger Lauren.

I always write like that, sometimes when I’m lost for inspiration, I tidy my room out and go through all my old school books and diary. And I’m just sat reading my diary like I can relate to twelve-year-old me! I’m always inspired by how I used to feel as when you get older you kinda let go and forget how angry you were at certain points in your life, you move on and the anger goes. However, re-reading about certain points in my life, I’m like, I owe you a song out of this. I look back and I think I still owe her loads of songs, but back then I couldn’t write songs, I just had loads of ideas, but couldn’t play a guitar.

What advice would you give to young girls going through a tough time?

When I was younger my self-worth was quite low and I’d always go out with boys who’d treated me like crap and I never saw myself for who I was. If someone’s in a relationship or in a position where they feel they’re unhappy, it’s important to stay true to that feeling and know that it will change, never water it down and never let someone take advantage of you.

What are the plans after tour?

With myself, I’m planning on recording more songs and my brain has gone a bit wild. I’m writing three albums now, that’s my challenge. My mum’s like Lauren slow down, but that’s how I work. I feel really inspired right now. I’m writing Hands Off Gretel’s next album, I’m writing another solo album that’s quite similar lyrically, I think, and then I’m writing a hip-hop album which is completely different. That is a completely new world for me but I get a lot of visual ideas when I put a beat down rather than just guitar bits. I can use every part of my voice which is terrifying!

Yeah it started as a joke when I started doing those hip-hop songs. To be honest it’s kinda punky, some songs have guitars in them. I’m not really a big hip-hop listener and then I did one messing around with a song and I really enjoyed it so I started listening to more hip-hop. There is no limit now, I’ve gone so far, I’m just gonna keep taking it far. I’ve started rapping now and I’m thinking of lyrics all the time, just things I can say really fast. I know people are gonna be like what the hell but I’m really excited about it. 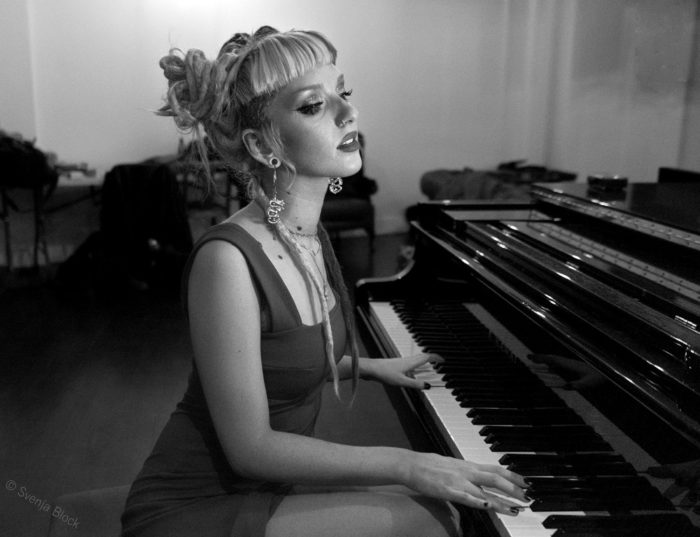 ‘Songs For Sad Girls’ is out now on Trash Queen Records.