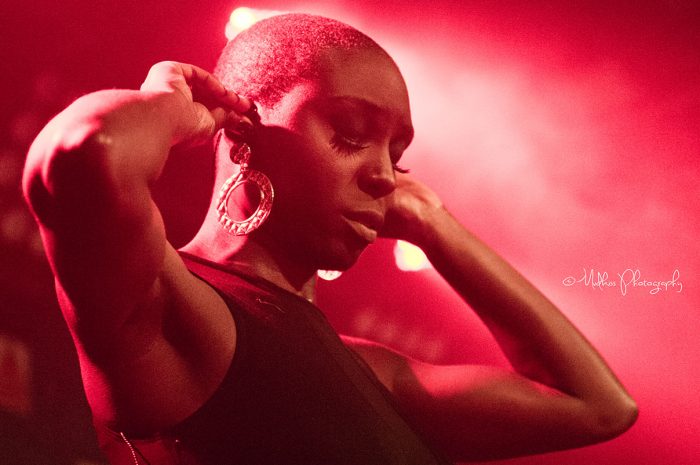 British soul singer-songwriter Laura Mvula is currently touring the UK to debut her new album ‘The Dreaming Room’ and Louder Than War writer Vanessa Lourenco, alongside Melanie Smith (photographer) report back on the sold out show in Manchester.

To feel like you’re sharing an intimate moment with an artist is something truly remarkable and Laura Mvula makes us feel like children who are drawn in for story time.

The room is packed out as Laura has carried a legion of followers, since her debut album “Sing to the Moon” was released back in March 2013. Her opening act, Jodie Abacus, was the perfect “entrée”. Jodie is also a “soulful” artist and being slightly more upbeat than Laura, he set the right mood for those who were there early. 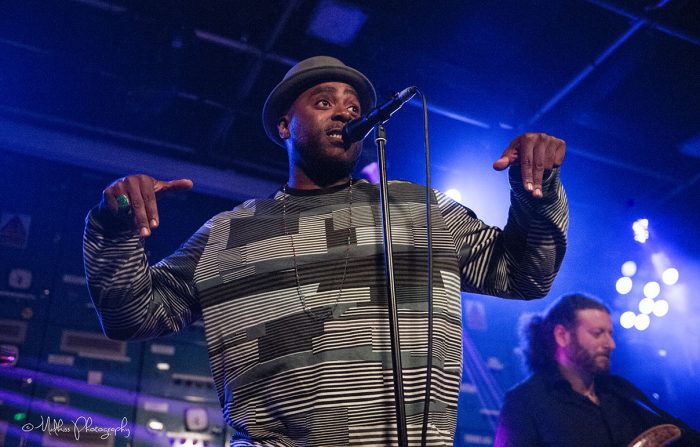 The stage was being overtaken by a storm of artists, all dressed in black, predominantly women manoeuvring themselves through musical equipment, a mess of cables and floor marks, trying to reach their spot.

I am really curious to see Laura live as she is said to suffer from “crippling stage fright”, but her trick is definitely to pretend that it is just her and a bunch of close friends in the room. The stage fright didn’t show one bit, au contraire! 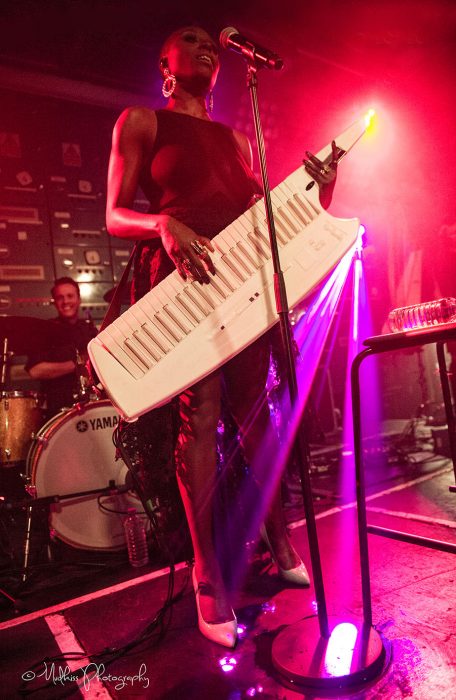 Laura grabbed the white keytar – a combination of keyboard and guitar, (to which she later mentioned) “they don’t make these no more, you know?”. She looked out into the sea of heads, closed her eyes and opened her mouth to one powerful voice.

As she played the first single “Overcome”, from her new album ‘The Dreaming Room”'(on which she had collaborated with Nile Rodgers), there was no one in the room that wasn’t moving their bodies to the sound of the music. It’s got the rhythm of the islands encapsulated in the unruled precision of jazz. There is a mellowness that exudes from her, she is gracious, in both her physical and vocal movements.

Laura is the perfect hostess, from teaching lyrics to the audience, to telling little personal stories about herself and the album in between songs, eager to be consumed by all. She knows how to make everyone feel at ease, to laugh, smile, relax, and enjoy.

Birmingham born, from a Jamaican Father and a Saint Kitts Mother, you can definitely feel the Caribbean undertones complementing her lyrics and I believe that’s what makes her stand-out in the music jungle. She brings to the table a panoply of elements that just work: her chilled yet energetic vibe, her roots, her soul voice, her presence. It just screams “more, I want more!” and yet, there she is, prostrated to the public, letting her music flow. 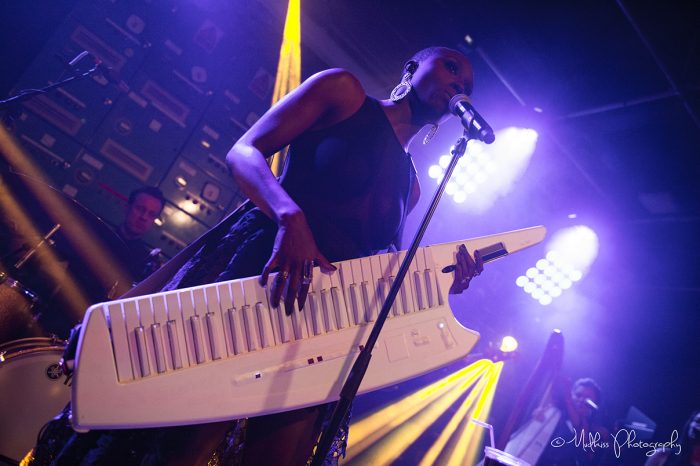 If I had to define Laura’s style to someone who has never heard her music, I would say it’s like someone combined Nina Simone, Amy Winehouse and Alicia Keys together into one amazing act. She has a degree in composition and she knows what’s she’s doing, as she said it herself “after just one song recorded in the studio, I knew I had an album” and this can be vouched for by the fans that (just before the show started) flooded Gorilla to hear her sing. I mean there was no space left in the house!

She was nominated for “The Brit Awards”, “The BBC Sound”, “Best Female Act” and “Best R&B Soul Artist” after the release of her first album, and yet, she is only 30 years old.

Laura Mvula is a name to note down, you will hear her, you will love her and she will bewitch you with her honest big smile and amazingly mellow voice.

Go home, open a bottle of wine, lower the lights, and put her on your speakers.