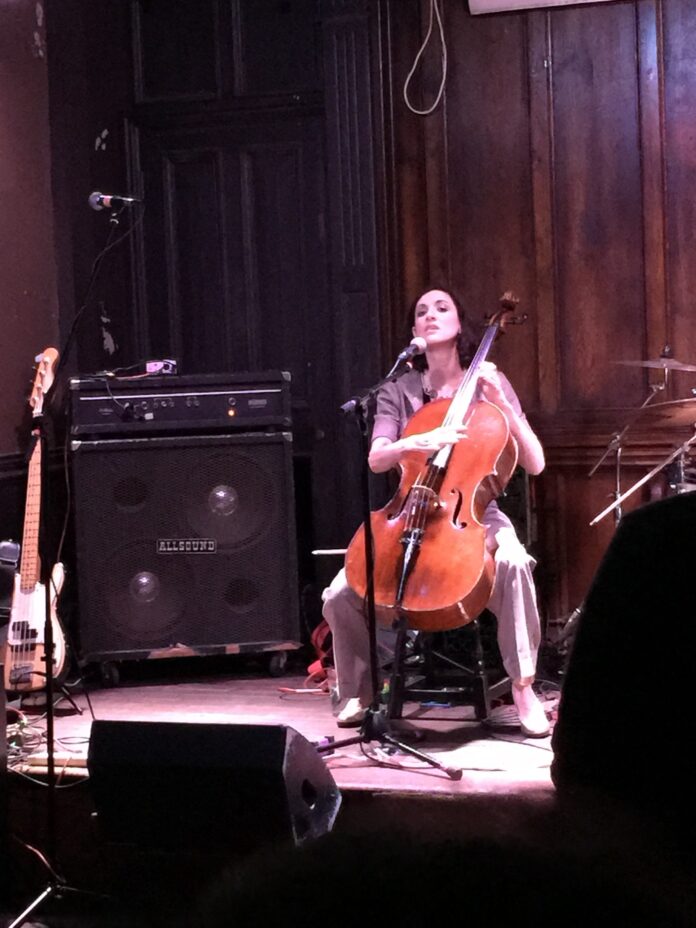 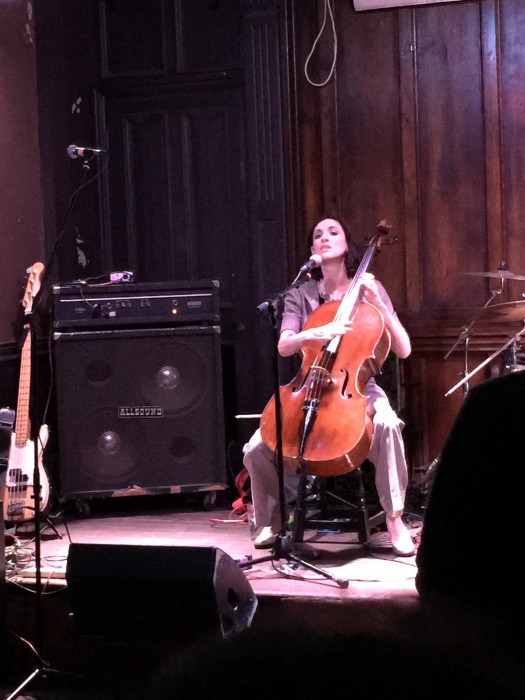 It’s the perfect setting.
The wood panelled back room of the Castle pub in the heart of Manchester’s northern quarter oozes the warmth of classic. This is an ancient room with its warm glow of wood that perfectly matches the antique cello that is onstage clutched tightly to Laura Moody’s legs delivering an astonishing array of sound that it must never have been built for in the first place.
Despite the fact that Laura Moody should be playing to 800 people in a theatre and will be playing to 800 people in a theatre within a year if we have anything to do with it, the woodiness of the room adds to the organic beauty of her cello and the sounds and atmospheres that she coaxes from it.
She is a stunning player and, armed with the 250 year old instrument, coaxes all kinds of beauty and noise from it that takes our favourite classical instrument into a whole new realm.
This is a genius mix of classical and modern and armed with the cello and a whooping, swooping, hiccoughing voice that sings of sex and love Moody grabs the past and gives it that fierce, visceral raw power of all the great women artists of the now like a Kate Bush or a PJ Harvey and makes it hers. She is in that league of artists who take pop culture and classical culture and make it sound esoteric and magical.
The fact that she does this whilst playing the cello with an astonishing dexterity only adds to her brilliance. She goes from the sonorous drones normally associated with the instrument to pizzicatos to amazing clattering percussion as her bow clatters across the strings  – sometimes all within the same song and her voice matches this brilliant imagination.
For sheer originality she is ten out of ten and for emotional skree and songwriting perfection she is scoring as highly. This was an enthralling, entrancing and stunning display of instrumental virtuosity and imagination that coaxes all manner of brilliance out the cello – the ancient wood is creaking, scraping whilst entwined with blissed out meditative sounds that makes one instrument sound like an orchestra as it grapples with every possible flavour.
The songwriting is amazing and the lyrics drip with the blood and guts of life and her between song chatting to the audience drips self depreciating humour  like all true artists can afford to.
It won’t be long before trying to remember such an astonishing set in such an intimate space will seem like some kind of strange yet beautiful dream.
A stunning and breathtaking evening.

Laura Moody has the songs, the instrumental skill and the originality to be huge for all the right reasons.