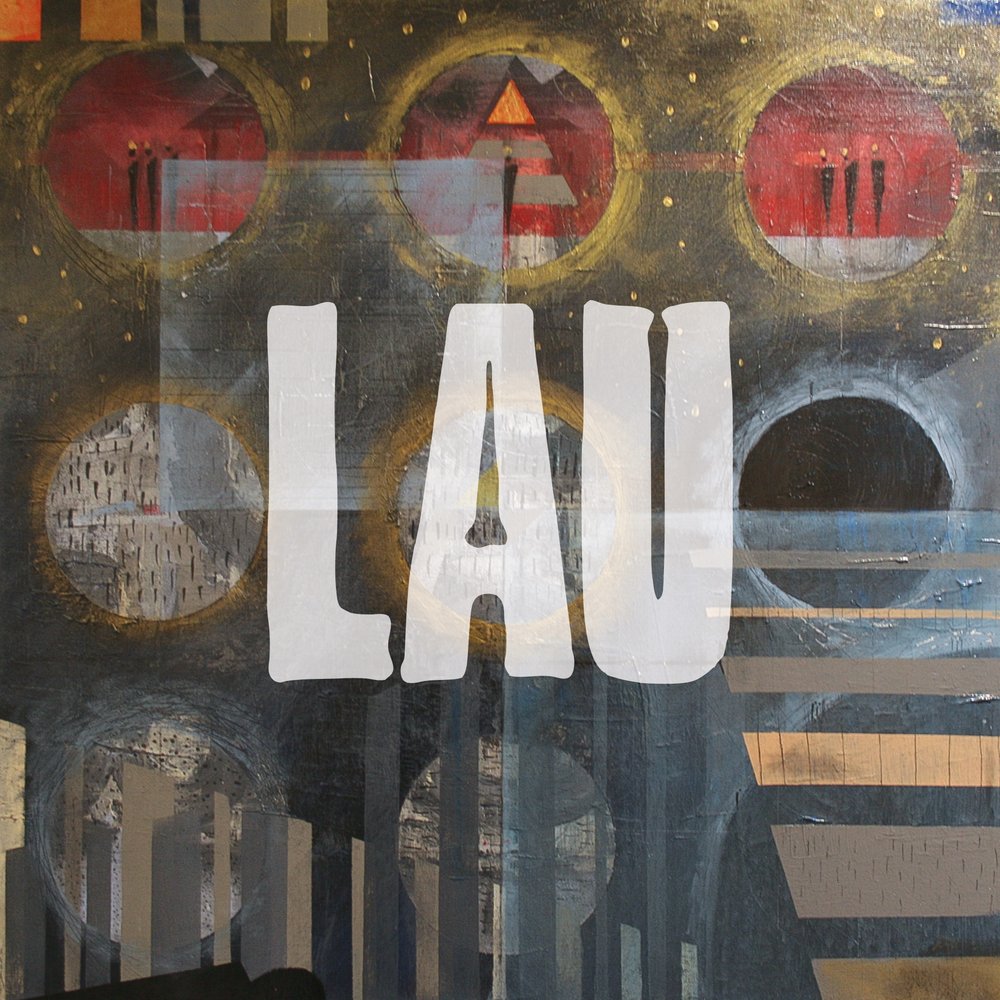 With just over a decade of working together under their belt and a well earned reputation for innovation, the  folk trio return with an album they’ve spoken of as “songs about islands” and even “a Brexit album.”

This time round Lau are aided by John Parish, adopted briefly as the fourth member of Lau, to help guide the self confessed insularity (and power) of the three who’ve I’ve personally always seen as perhaps the most progressive of folk rooted bands; very much in the experimental vein of King Crimson or particularly ELP, another trio who back in their mid seventies heyday, pushed the musical boundaries. There’s Martin Green with his automated laboratory of unusual sounds; the Magus of dark electronics, crossing wires, twiddling knobs and working his keys in the same way that Keith Emerson would have ridden (and stabbed) his Hammond in days of yore. Kris Drever is the voice of the band, the smooth voiced singer-songwriter (witness his Ghosts as perhaps the best example of a Lau ‘song’). Instantly recognisable, his Scots burr as familiar as Greg Lakes rich baritone. Aidan O’Rourke, who would by default have to be Carl Palmer, dynamically virtuosoing away on his instrument occasionally hitting warp speeds and seemingly  incredible complexities.

Neither has the fact gone unrecognised in PROG magazine who often find (sometimes obvious, sometimes tenuous) links between the prog rock and folk communities. In reviewing Midnight And Closedown recently, they referred to Lau as the “Scottish trio” (…perhaps Martin Green has taken on some dual nationality in a Brexit related shift) and also mentioned them as twice winners of Band Of The Year (they won in 2008, 2009 and 2010) all within one sentence, yet maybe a factually inaccurate review is better than none.  However, redeeming themselves, they also recognise their march into and across new frontiers (prog style of course).

So how does the new material represent their transition into a second decade of music making? Nothing maybe as wide ranging or outwardly ambitious as the sprawling title track from The Bell That Never Rang but plenty of folk inspired wares to stir the heart and the mind. Initial impressions are that we’re headed  more towards a back to basics approach. A focus that appears to be on strong songs that may (or may not) have had their roots deep in the Drever songbook.

The concoction of mechanically enhancements that fade in and out of I Don’t Want to Die Here go hand in hand with the sadly haunting tones and reversed  sounding throbs and pulses that provide an early peak in  Toy Tigers. It simply highlight the comparison with latter day Beatles when experimenting with tape loops and constantly asking “what if?” and pushing the studio boundaries was much more groundbreaking than today’s expectancy. Here it still feels freshly innovative; the element of being on the edge of the seat in anticipation of where the music is going.

Echolalia finds them following the lead of Aidan O’Rourke’s fiddle lead as it weaves through an intense passage  of fluttering and almost discordant noise while Itshardtoseemtobeokwhenyourenot – how punk is that? – sees O’Rourke alternating between dancing and swivelling away against a Drever reflection that contemplates “the time we’ve got.” Getting to and looking through the bottom of the bottle in Dark Secret is again underpinned again by a discreet throb and some fine electric guitar lines and slowly emerging waves of organ. Perhaps the one track that typifies 2019 Lau.

Return To Portland in turn, might be a reasonably close relative to Race The Loser’s Far From Portland in the sense of the mournful air that gives it’s opening sequence a familiarity before it evolves into an exploration of varying sound frequencies. By the time we reach  Riad it feels like we’ve come full circle. Like their recent live shows that saw them huddled on a postage stamp as they may have done when they started out, there’s an element of back to the uncomplicated intimacy of three acoustic instruments.

Never an easy journey, the beauty of any new Lau album, Midnight And Closedown being no exception,  is that it proves a gift of neverending potential  that continues to emerge. Ever rewarding, time will surely confirm that Lau have delivered another exceptional record.

Watch the band play Toy Tigers from the album, recorded in session at Silk Mill Studio: