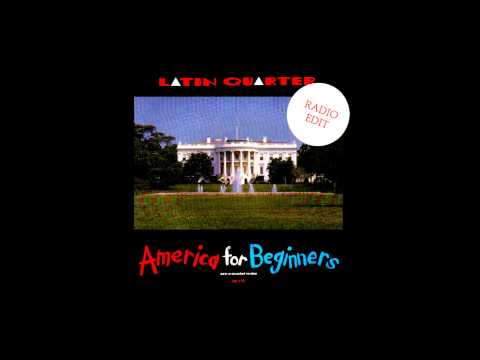 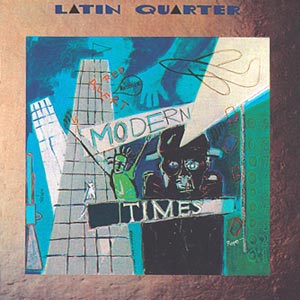 Latin Quarter were a group as much about their beliefs and political standing as they were about their music, possibly more, to the extent that whilst their records weren’t banned, they were often given limited airplay. Radio Africa, their biggest hit was generally only played at night in the UK – it still reached the Top 20.

Modern Times spawned five singles, each one of varying success, each one with a message. Their brand of often easy listening pop was made harder by the left wing lyrics provided by Mike Jones and the use of three lead singers gave options to the group if not also to serve as a distraction to any identity that they sought to achieve.

Listening to the album again almost thirty years later it’s interesting to see how things have changed and how others have stood still. Mandela was still imprisoned and racial segregation was common in Africa, unrest in Russia, a world scared by the USA and their actor President, and Britain under the wrath of a Tory government. Musically, the songs are very average now but at the time slotted into the music of the day with ease. Lyrically, they bit. Bit away at every convention and every covered up, silenced topic of the day.

Whilst Radio Africa has been released several time since 1985, it’s the final single from the album, America For Beginners that stands head and shoulders above all else. Its crash course on the land of the free is scathing and doesn’t hold back anywhere. Even now, though some of the words are (obviously) dated, the backing is superbly haunting. Toulouse sees Latin Quarter prove that they weren’t just slow, balladeers with a fast paced presentation and album closer Cora is simply marvelous.

As a live act they were tight and slick. My front row view of them in Manchester in 1986 is particular memorable due to my then crush on vocalist and pianist Yona Dunsford rather than the seemingly emotionless favoured led singer Steve Skaith. A live version of This Side Of Midnight is included in the five additional tracks which proves their live credentials in a ska style.

With added b-sides Thin White Duke, Sandinista and Voices Inside is the 12” version of the title track which to be honest, would have been better left in the 80s.

A classic album? Maybe not, but as Latin Quarter release new album, Tilt, it’s a reminder of a group that weren’t afraid to say what they thought and make some rather good tunes along the way.