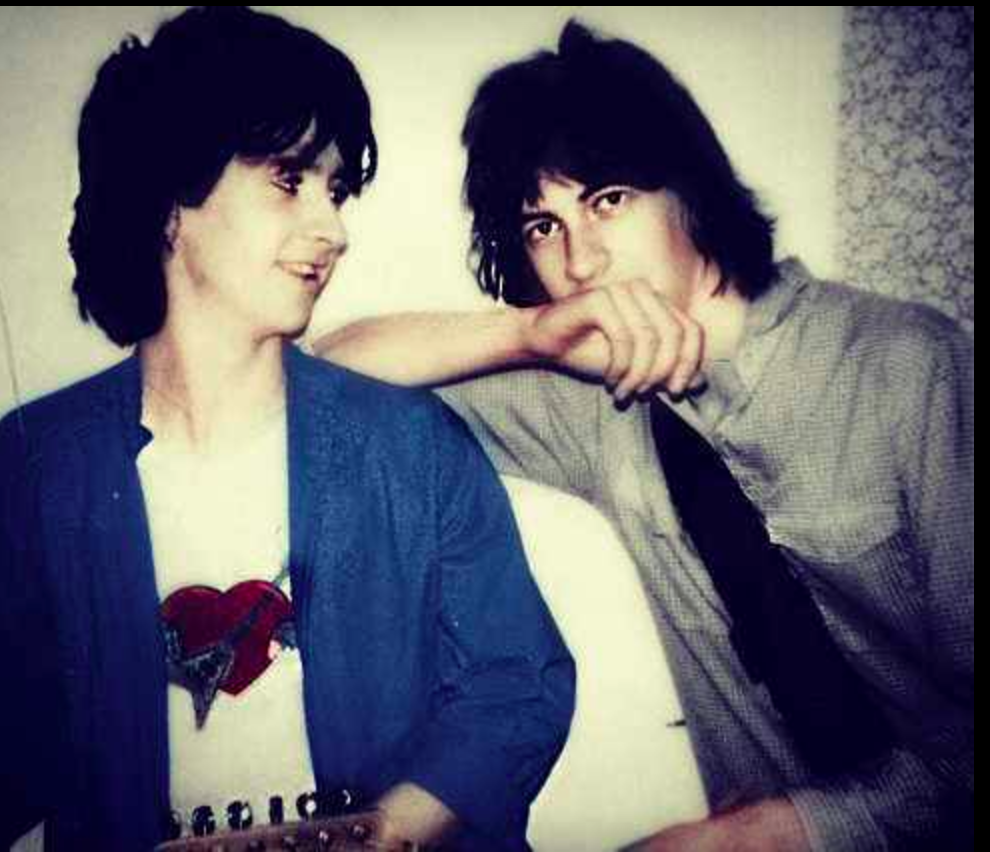 Pre Smiths Johnny Marr was the teenage whizz kid who was learning his guitar chops from the older lads in Wythenshawe.

Perhaps the key player in this was Rob Allman – a permanent footnote in all Smiths histories. The pair of them played together in a couple of bands, including White Dice, and Rob was an important musical traveller for a key period of time in the young Marr’s life and also, briefly, pre fame Morrissey.

After moving to Exeter Rob sadly died but not before making friends with Rosie Mullin – who has a folder of his songs which he gave to her and which she is trying to return to Rob Allmans’s niece but without much luck.

If anyone can help please contact Rosie here or email here rubybluesday@yahoo.com

This is Rosie’s story here… 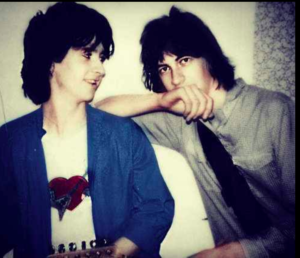 ‘I’ve been having a search for a certificate for a job interview and I’ve come accross some stuff along the way…anyway, back in the early nineties I had a bedsit in Exeter and upstairs there was a couple, Rob and Pat who always got drunk and argued lots.

Rob would often come down to my room and chat to me as he said it was the only room he could get some peace in. He was a great guitar player and loved to chat about music. He was from Manchester and always told me that, as he hadn’t got famous by the age of 21, his musical career was over!

He also told me that he used to be in the first line up of The Smiths and that he taught Johnny Marr to play guitar! He was a bit of a cynical bastard and quite bitter but he was very talented. He always wore a white suit. He would play me tapes of a band he was in called French Without Tears. He introduced me to Nick Drake’s amazing song, Riverman! 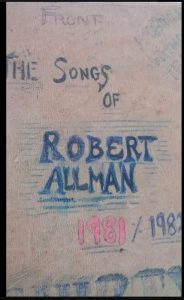 Eventually he got ill and ended up in hospital. Pat, his girlfriend said that whilst he was in hospital a biographer came to interview him.
The interviewer was called Johnny Rogan and published a book on The Smiths. It turned out that everything Rob had said was true – he had been in the first line up of The Smiths!

Years later I discovered sadly that Rob had died.

Rob left a folder full of his songs in my room.

A couple of years ago, on discovering that Rob had sadly died, I found some chat room on line where his niece was talking about him, saying how special he was and how she had found a demo of when he was in a band called, White Dice with Johnny Marr and how special it was to her. I tried joining the website to tell her about his folder of songs…and that she should have them! But the website was old and so I couldn’t reach her. Billy Duffy had posted on that site sharing memories of Rob. I tried contacting him, explaining that I wanted to pass Rob’s songs on to his niece and did he know how to contact her. I never got an answer. 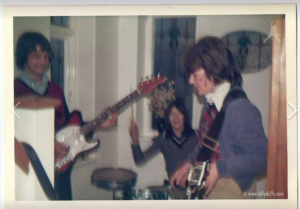 Very frustrating…. that folder of songs doesn’t belong to me! It would be great to find a way to get hold of her….but how???? 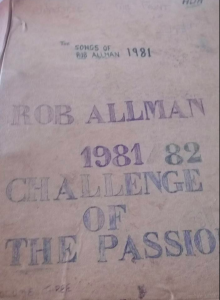