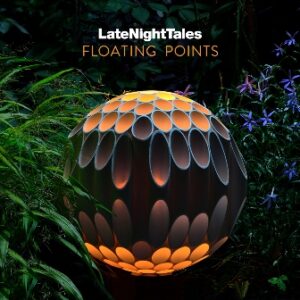 For the latest in the Late Night Tales mix series, Sam Shepherd aka Floating Points takes us through a trip of his own personal record collection. Simon Tucker reviews.

We are driven to distraction by so much that goes on around us that is does us well to detach and enjoy a moment for ourselves. These moments are often served well with some music to act as tour guide and comfort blanket. Throughout the Late Night Tales series the individuals tasked with curating have often take wildly different viewpoints on what the actual direction of the mix should be. From Jon Hopkins to Nils Frahm, artists have created mixes that focus on a more electronic direction where the late night in question is one where we’re not quite ready to give up on the party with beats being smoother and the ambience being more serene but with the music still keeping the feet moving or mixes that are more genre hopping and concerned with showcasing the personal collection of the curator which the only thing they have in common is a general atmosphere. It is the latter path that Shepherd has chosen and in doing so has delivered a mix that whilst not entirely faultless, is an enjoyable and atmospheric ride around the globe via recorded sound.

Mixes such as these live or die on the track choices. Studio editing can help get the music in sync and flowing but without the right songs to mix, the whole thing can sound disjointed or dull. Luckily Shepherd has a keen ear and excellent taste so what we get is 1hr and 20m of Parisian dream pop, abstract soundscapes, thrilling jazz and the Late Night Tales constant of exclusive tracks and spoken word closer which thing time comes courtesy of Lauren Laverne who reads the poem ‘Ah! Why, Because The Dazzling Sun’ by Emily Brontë.

Highlights of Shepherd’s mix include the mood setting opener ‘Untitled, Live in Poland (excerpt) by Sarah Davachi, the powerful folk of Abu Talib’s ‘Blood Of An American’, and the wonderful ‘A Message Especially From God’ by Robert Vanderbilt & The Foundation of Souls which contains one of the greatest drum sounds ever recorded. Shepherd’s mix certainly gets stronger as it gets deeper into the second half and as it tips further into the more electronic starting with Kara-Lis Coverdale’s ‘Moments In Love (Excerpt)’ and ending with the aforementioned reading by Lauren Laverne.

The latest in the Late Night Tales series is a mix that is enjoyable and one which contains plenty of eclecticism. Is it up there with the best of the series? I’m not so sure. Is it worth listening to? Most definitely. The mix certainly flows and there are enough interesting track choices to make it worth your time.