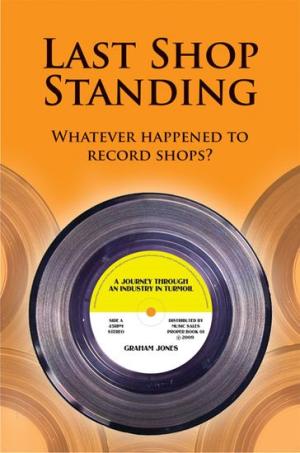 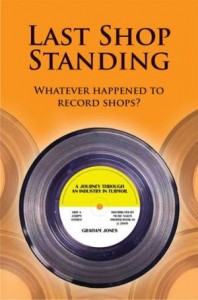 Back in October 2011 we reported upon the making of the documentary ‘Vinylmania – when life runs at 33rpm’, well now there is a UK produced film in the making, and the films makers are asking for your support.

The amazing story of the rise, death, and resurrection of the independent record store

Based on the successful book by Graham Jones of the same name, “Last Shop Standing” will be a 60-minute documentary to be released in the summer of 2012. It will be a celebration of the unique spirit of comradeship and entrepreneurial ingenuity that has enabled so many shops to keep operating successfully against the backdrop of massive changes in the music industry, the biggest recession in years, the growth of online file sharing, and the explosion of choice in music consumption.

Not long ago there was a record shop on every high street, but over 500 independent record stores have closed during the last few years.

But record shops were always more than retail outlets. They are part of our culture; they support new bands and local talent. A place for musicians and music fans to congregate, to browse away a few hours, to walk away with music they didn’t know existed.

The film features appearances by musicians and industry insiders including Norman Cook AKA “Fat Boy Slim”, Billy Bragg and Richard Hawley with more to be announced, but the real stars are the record shop owners, with hysterical anecdotes about their customers, both the weird and the wonderful. Their stories are the stuff of folklore! Customers with strange requests, global superstars given their first break by a shop and even the bizarre behaviour of sales reps desperate to get their records into the chart.

The film will tell the full story, hold back no punches, but also celebrate and promote our great independent record stores.

What we will do once the film is completed”Â¦

We will enter “Last Shop Standing” in a range of national and international documentary film festivals and we already have interest from broadcasters in both mainstream and cable/satellite channels in both the USA and UK and further afield. In addition a DVD will be produced that will be promoted through our extensive network of trade outlets, mailing lists and associated web-sites. Many of this years top music festivals have already booked or are interested in showing the film.

We are looking to raise a minimum of $5000 to begin the post production (editing) phase of the film as soon as we have finished filming.Why not look at the great perks and become part of both film and music history as you help us make this film a reality and enable independent record shops to take their rightful place in both cultural history and the present and future landscape.