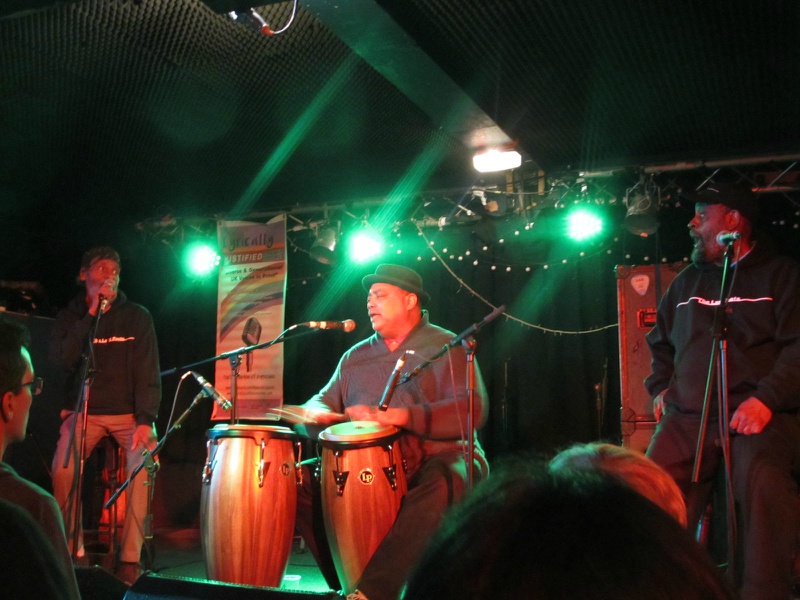 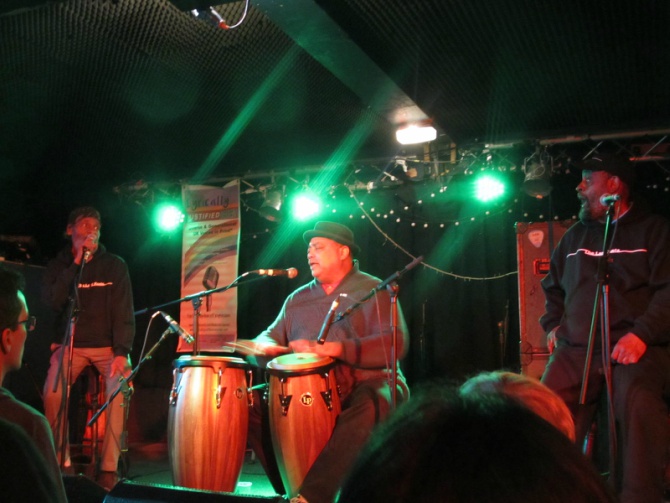 The forefathers of hip-hop played their first ever Bristol gig on Sunday. Elfyn Griffith felt the noise…

Never has the time been riper for revolution, never has the music of protest been more needed, the anger and urgency of the written, spoken and sung word wanted – well, there have been times, yes, but Now is as important as Then.

Which makes seeing the legends that are The Last Poets live and hearing their beautiful polemic, their poetic pain and the rhythmic force of their delivery such a blessing and a reaffirmation of much that is missing from music today, at a time when we really need it.

These revolutionaries are the precursors of hip-hop and rap, formed in 1968 in Harlem, New York – to commemorate Malcom X’s birthday – out of the foment of the Civil Rights movement and civil unrest, providing a soundtrack for the Black Power movement. Watched nervously by the FBI, they crept into the public consciousness when their first self-titled album got into the top ten. Their searing words and coruscating social commentary on urban America and racism made its mark.

Tonight, original members Abiodun Oyewole and Umar Bin Hassan with their percussionist of the past 20-plus years, Baba Donn Babatunde providing an understated beat to their vocal dexterity, entrance a medium-sized Bristol audience.

As if to emphasise their influence, appeal and reach – and no surprise really – members of Massive and IDLES are in the crowd: two of the city’s biggest musical exports, both political bands, both playing their part in the wider scheme of things, entertaining and educating, venting with rhythm.

The Poets are warm, intelligent, humorous – the verbal sparring between Oyewole and Hassan hilarious – and supportive: when Hassan fluffs his lines on We Must Be Sacred, the other two help him out and finish the poem. Tiredness and travel are his understandable explanation, but these septuagenarians are quite dynamic, despite Oyewole saying, “It’s amazing we can remember our fucking names…!”

They pay homage and praise to past members of The Poets, and their anger and passion at injustice still simmers in works like When The Revolution Comes and Rain Of Terror, but there’s always hope and love. In his preamble before Blessed Are Those Who Struggle, Oyewole says “Doesn’t matter who you are, if you don’t care for your people then I ain’t got time for you..”

The rhythm of their words, the cadences, the grit and interplay is spellbinding – they pull you in with ease, the African hark of Babatunde’s drumming a subtle backdrop to the jazzy, urgent, soft and hard beat of the poetry. So many come from this lineage – other pioneers like Gil Scott-Heron, more modern troubadours like Public Enemy, NWA – the list is endless. A whole genre.

Oyewole (who has the same grizzled look of Gil Scott-Heron) talks of how, when Martin Luther King was murdered in 1968, he wanted to get a gun and “kill white people”, but that the human experience taught him that love was the best choice. “Best thing to do rather than getting a gun was getting a voice and turn my poems into bullets.”

And thank god he and they did. After the gentle cacophony of This Is Madness, Oyewole leaves the stage, and Hassan finishes with a touching poem to the late Prince and an exhortation not to ever give up on ourselves.

Love and revolution are in the air…

The Last Poets first album in 20 years Understand What Black Is was released in 2018 by UK label Studio Rockers on double LP and CD.

All words and photos by Elfyn Griffith