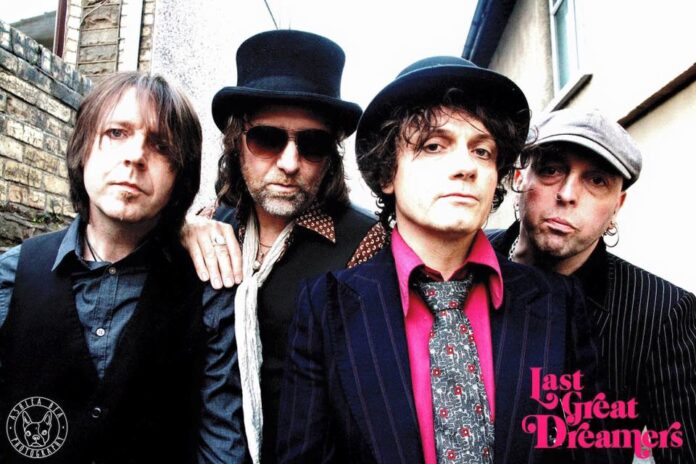 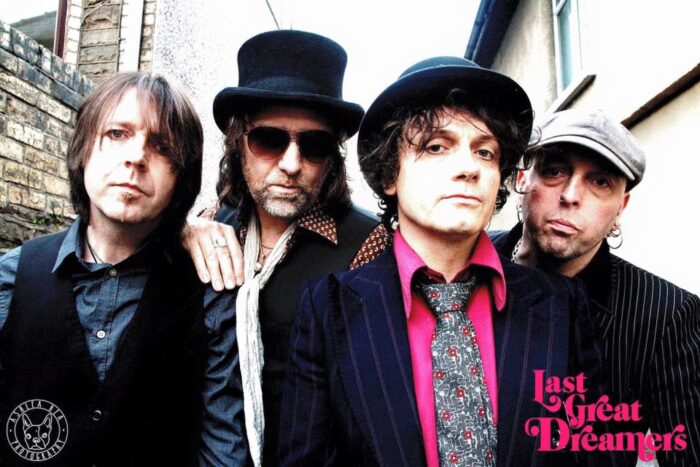 The mid-nineties are a maligned period. Granted, there was a lot of dross about; still not a fan of T.F.I Friday or lad culture generally. But it brought us The Fast Show, still brilliant, and a band that passed me by; The Last Great Dreamers.

Last year they released a rarities album ‘Crash Landing In Teenage Heaven’ and now they follow it up with new single ‘Dope School’. This is a refreshing blast of crunchy pop rock in the vein of a pumped-up Flamin’ Groovies; melodic, infectious and a lot of fun. It kicks off with a rowdy ‘Steppin’ Stone’ type intro before the melody line worms its way into your brain.

Yes you’ve heard it countless times before. That’s what makes it so hard to do well and, for me, The Last Great Dreamers have pulled it off with aplomb. The single is backed by the slightly more laid back ‘White Light, Black Heart’ which has hints of The Boys to it. All good stuff.

Founding members Marc Valentine (vocals/guitar) and Slyder (guitar) are now joined by Ian Scruffykid on bass and Denley Slade on drums. They are due to launch a Pledge Music campaign for a new album in the spring and are on tour in November supporting ex-Runaway Cherie Currie;