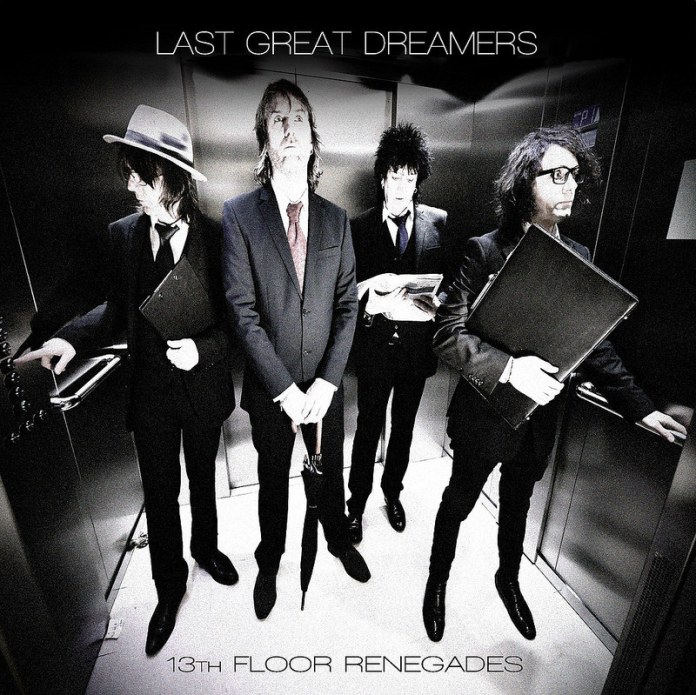 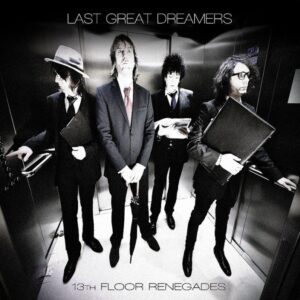 Last Great Dreamers clearly believe in second chances. Their previous incarnation were one of those nearly-were bands of the late nineties who released a couple of well-received albums and carved a niche as shaggy, glam-infused, punk-tinged rockers in the mold of Hanoi Rocks, Johnny Thunders or The Wildhearts. Typically, these kinda bands dissolve in alcohol and chemical ravaged meltdowns but Last Great Dreamers (who were previously known as Silver Hearts in case you didn’t know) and who were at one point the toast of the Soho glam-punk scene, basically fizzled out due to waning interest from the greater public and the band themselves.

Reforming in 2014, the band have already released a third album, Transmissions From Oblivion, to widespread acclaim and this new one sees them forge ahead with the mod-ish, rock-pop hinted at on that release. The typically opiate-rock influences have very much disappeared as has that elegantly-wasted, bedraggled, bangle-dangling, Izzy Stradlin-style beloved of the glam-punk scenesters; replacing them are a peppy, power-pop direction that has more in common with Cheap Trick and The Flamin’ Groovies than The Dogs D’Amour or Guns ‘N’ Roses.

There are very few albums released nowadays that are great from start to finish; this one is and I mean that. Every (and I mean EVERY) song is an absolute cracker and there’s a thread of familiarity running through these tracks in that way that they have an immediacy that is instantly likable.

The album is characterized by a couple of things:  the twin vocals of Marc Valentine and guitarist Slyder (a nickname that’s surely a hangover from their previous incarnation!) which mesh beautifully throughout the songs, giving an almost Beatles-esque sheen to much of it, adding to the frankly ridiculous amount of hooks throughout the albums eleven tracks. At one point, I actually thought that Whose Side Are You On? was a rocked-up version of some X Factor boy-band single as it actually is that catchy – that’s not meant as a slur by any means, I’m as much of a  sucker for a big pop hook as the next guy. That same song has a gorgeous summery intro that leads off into a Thin Lizzy-style guitar duel before the chugging verses with it’s Diggle/Shelley-like “ooh-oh”‘ backing vocals and that bittersweet, illuminating chorus.

For Your Information and Miles Away are the two slight detours on the record; both have a swagger reminiscent of The Stones during their Gram Parsons-robbing phase and the former has lightly brushed drums and a walking bass adding to the country rock feel. The vocals have that laconic Ray Davies vibe to them and the spiraling lead riff that follows the melody is a nice little flourish. The latter, (Miles Away) follows a similar Stones-y path but has hints of Big Star in its chiming guitars and of The Jayhawks guitarist Gary Louris in the searing guitar solo. The acoustics and mandolin in the background compliment the melodic and subtle bass runs of Steve Fielding. The chorus of “I’m not the same, I’m miles away” is solid gold.

Primitive Man is perhaps the closest thing here to their previous sound; a sizzling early Status Quo/Creedance-style chooglin’ boogie leads into a glammy stomp with pummeling drums from Denley Slade channeling the track into the sort of catchy pop-punk that the International Swingers do so well  before a squalling lead break and a call-and-resonse coda. Broken Things is the punkiest thing herein; a deceptive acoustic and vocal intro gives way to a song that’s reminiscent of Ash at their best with its slamming chords and falsetto backing vocals. Like most of the album, it’s chock-full of hooks and is crammed into the sub-three minute mark. No bad thing, quite frankly.

New Situation reminds me of a couple of things:  firstly The Who in their early days and secondly,some of the unsung heroes of the later new wave- I’m thinking Suburban Studs, New Hearts, Rich Kids and the like. It’s a thrill ride of pealing guitars and rollicking toms and yet another stick-in-the-mind chorus. You may have guessed it by now, Last Great Dreamers are rather good with a chorus. The title track (13th Floor Renegades, natch) has a bit of Blondie in its chord sequences and Debbie and co’s love of 60’s girl groups is enmeshed in the track. It’s slower and steadier than the rest of the album and the little pause before the chorus bursts in is quite brilliant in its simplicity.

Closing with what seems to be another breezy punker in Going Home is deceptive; the song arcs off after about three minutes into a dreamy, psych-tinged work out that caps the album off swooningly.