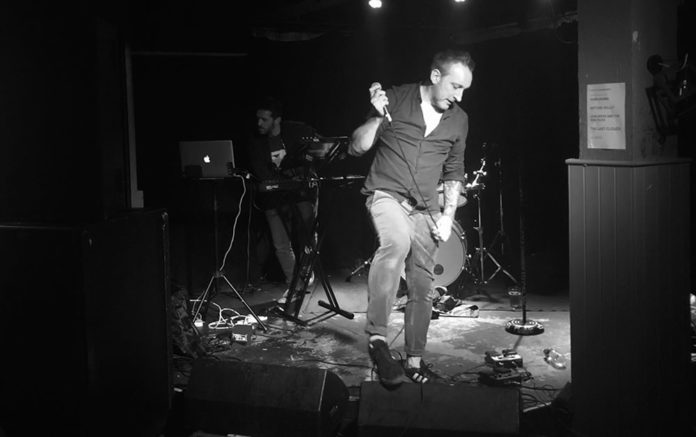 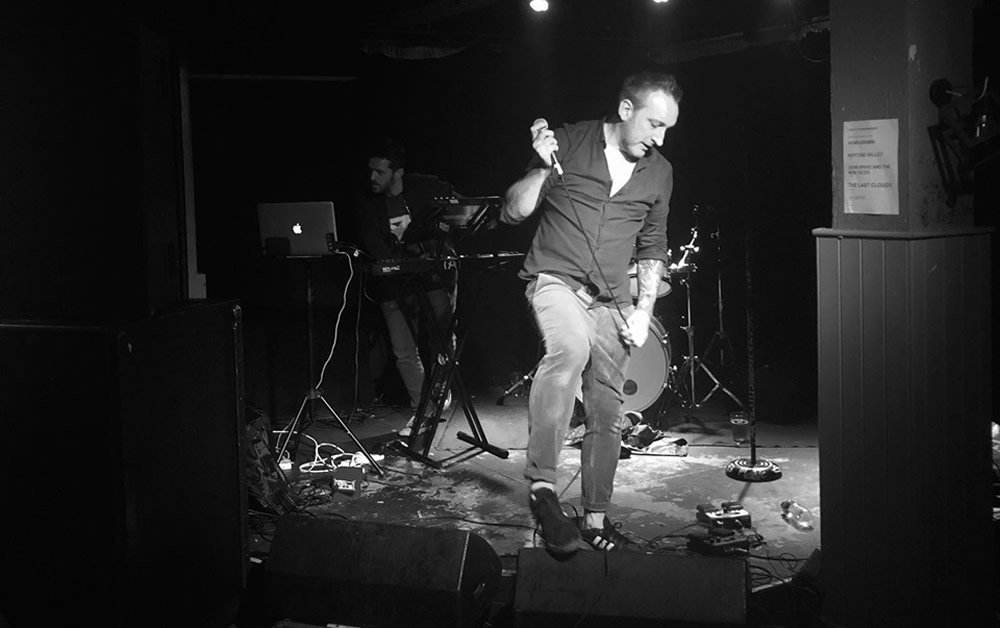 Last Clouds brought their own brand of epic electro/indie-rock to the Retro bar in Manchester. Nigel checked them out for Louder Than War.

A few electro outfits have diverted my attention over the years. Chvurches, whose soaring melodies like The Mother We Share really move me, the majestic Holy Matrimony, (when they split last year the world became a much darker place), and of course the XX.

Enter The Last Clouds, a Cheshire duo whose lead singer Matt Schott I’d seen supporting John Bramwell before Christmas. He played an acoustic set that night so nothing prepared me, or the small audience I’m guessing, for the sheer power and excitement that these two seasoned generals could produce together.

I’m standing in a bar with fewer than 20 others, some of whom are stragglers from the previous three outfits who have been playing tonight. One of which, Neptune Valley were excellent. Not completely my thing, but indie-pop of the superior kind. Perfectly crafted songs with great melodies, delivered by an outfit who know how to play (Synthetic Love is Excellent – listen to it on Spotify below). They sit in the Larkins camp – not too poppy; cool enough to be engaging.

You’d have to go back to ’86 and Jean Michel Jarre’s live shows to even start to understand the depth and complexity of some of the immersive soundscapes that The Last Clouds’ keys and synth wizard, Al Quarterman can produce. Mix in a good measure of Violator era Depeche Mode and season with a little Blade Runner and you might just start to get the picture. Matt punctures the maelstrom with a soaring vocal which fits perfectly in between the layers. The result is a dense mesh of thumping beats and washes which sucks you in; the gear changes, the arching choruses, the stop-start and boom of it all, pretty awe-inspiring.

They open with a couple of lighter, electro-pop tinged songs which are immediately engaging in a kind of Pet Shop Boys way. Matt jumps around the stage, on the monitors, amongst the audience. In fact, there is nowhere, apart from maybe the bar, that he doesn’t hang from tonight.

One minute he’s Bono, goading the crowd, the next minute he’s standing on one of the benches at the back of the room, all the while punctuating this remarkable soundtrack with his booming vocal; never missing a beat, serenading the few on an almost one-to-one basis. Lyrically surfing – the kind of choruses not heard since Purple Rain.

Then the big guns come out. “Ladies and gentlemen, I’ve been having nightmares recently. This is one of those nightmares”.  The room shudders into The Sky Is Falling;  dark and brooding – you can imagine it backing a horror movie. There are Massive Attack beats and elements which remind me of the Slow Readers Club, but the whole effect, particular on closing tracks Home and the incredible Father is simply staggering. The few who are there are overwhelmed by the sheer intensity of the performance.

Honestly, the stagecraft is loose and rambling. The gaps between tracks tend to disengage the audience as the flow is interrupted. The Last Clouds need to create a show rather than a loose collection of songs. One which maintains the intensity throughout in a seamless mix, with either a menacing drone or something else happening between tracks. Matt is a great singer but he needs the space to move around and the lights to pick him out of the darkness!

With just a few tweaks this duo could take it to the next level. They are not kids, but that doesn’t matter when you are faced with such a battery of quality tracks like this which send shivers down your spine! Repeated performances will polish them up, then they need to focus on proper promotion to bring the crowds in.

Owen Meikle-Williams, who manages the band is putting on a festival on May 17 where The Last Clouds will play, but you don’t have to wait that long. They are back at The Retro on March 3 (tomorrow night) supporting Warlock!