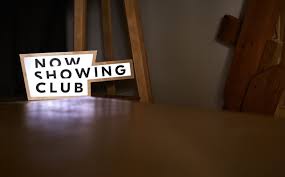 A new cinema in town is a big event and creating Manchester’s first documentary-only cinema in Now Showing Club is something of a coup for the Old Bank Residency at Noma, Manchester.  Lee Ashworth attended the debut screening on Monday 6th May.

Now Showing Club’s first feature was Last Breath, a documentary chronicling a deep-sea diving accident and shedding some light on a little-known and incredibly dangerous profession.  The film establishes interest quickly as the re-telling of the main event draws us inexorably down to the very bottom of the North Sea. In the interests of avoiding spoilers I will resist the temptation to reflect on exactly how events unfold, as the simple telling of the tale is all that is presented in this cinematic missive.

Last Breath leaves a lot of avenues unexplored and I found myself leaving with the sense of an opportunity missed.  So many questions were raised by the film that would surely have borne fruit if explored: why do people subject themselves to these depths and what effect does it have upon them and their families during the on and off periods of their submersion?

The same intrepid exploration of the depths was surely required here, but those of the human psyche rather than just the underwater world.  Dogwoof excel in producing some of the most outstanding documentary features made today and the great success of documentary in cinemas in recent years has often been based on offering insights into human pursuits that might have been perceived as specialist interest films previously, but have then been transformed into compelling film making with more universal appeal as the audience discovers what it takes to return from the wilderness as a forgotten rock star, to survive mountain altitudes or to be Formula One champion.  Often key to the success of such documentary story telling is the unexpected reveal and although Last Breath possesses a form of that, it is so close to the end of the film that you may well find yourself with more unanswered questions.  These days, in the wake of Herzog, Kapadia, Bendjelloul and Cousins, the bar for documentary making, particularly with cinematic release, has been set very high.

The stand-out feature of the evening was undoubtedly the new, bijou cinema of Now Showing Club itself.  Housed at the rear of the One Dish Room space in the creative warren of the Old Bank Residency, proceeding into the cinema itself was a crossing of all the right thresholds.  The interior of the Old Bank is a shell, replete with enough original features to evoke the ghost of Manchester’s mercantile past and conjure up spirits of faded grandiosity reminiscent of Bladerunner’s famous Bradbury Building.  There is something about the light that filters through the outsized chambers that switches the mood and ushers one into the realm of creativity, the imagination and ultimately cinema itself.  This place is somehow suspended in Manchester’s anterior, situated physically close to the city centre and the ultra-modern bubbled roof of Victoria, yet as abstract and out-of-time as Twin Peaks’ Black Lodge.  But within the marble sheen and the dusty grandeur of boardroom tables, a new wooden structure has emerged, expressing the dignified beauty and elegant simplicity of Standard Practice’s DIY ethics.  Beneath a sloping ceiling, its beams exposed and the sweet aroma of this delicate wooden skeleton permeating the air, the structure of the Now Showing Club feels like a very special place.  Limited to just sixteen seats, this is a cinema that benefits from its intimacy and future showings must be eagerly anticipated.

Here’s the trailer for Last Breath: