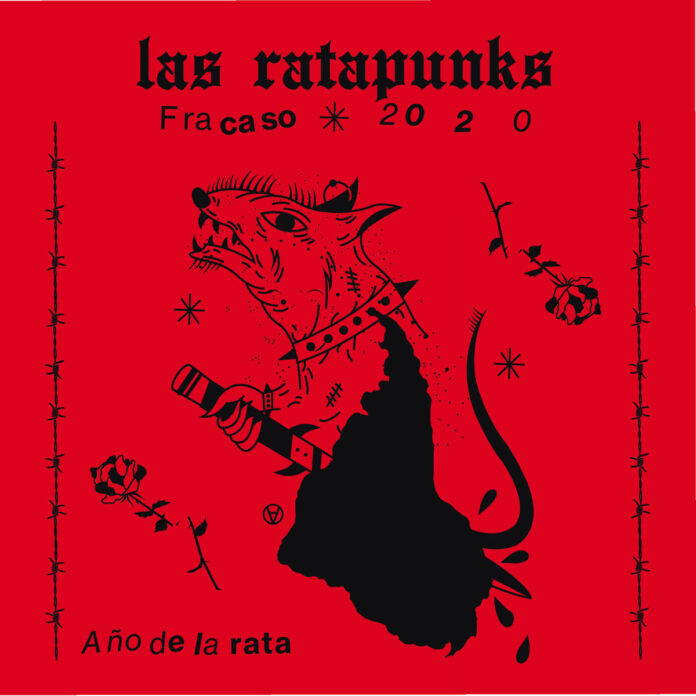 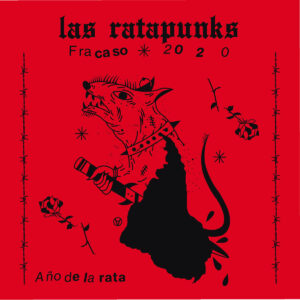 2020  – Chinese Year of the Rat – may have been a year of Failure for most but if this EP is anything to go by, 2021 could be the year of the Ratapunks, reckons Nathan Brown.

Las Ratapunks from Peru follow in a fine tradition of South American hardcore punk. The emphasis is on playing fast, and on fitting in as many words as possible.  This 4 song 7 inch is raucous, frantic, breakneck punk rock with frenetic vocal delivery and drums, with some well placed backing singing and shouting. The guitar is the scratchiest, tinny, most distorted thing I’ve heard in a while and filled me with the exuberance that I felt when I first ever heard Disorder’s debut EP.

Las Ratapunks burst out of Cajamarca, a city in the Peruvian highlands, in 2014. They aren’t doing anything new (who is?) but what they are is genuine and energetic. This is what punk bands are supposed to sound like. No messing about with anything over 2 minutes.  Move over old men, these young women have knocked you off your perch.  While the main vocal is properly angry, on Ministerio they show they have melodic harmonies to match The Adolescents or Bad Religion.

The labels concerned released this 7 inch (translated the title is “Failure, Year Of The Rat 2020”) as they reckon the rest of the world needs to hear Las Rataspunks and I think they are onto something. As James from Kibou said “This was too good to not get a physical release, so here we are!”. Originally a digital release demo, this recording has been given the remastering treatment it deserves.  Making up for a cancelled European tour in 2020, Las Ratapunks hope to have an album out later this year.