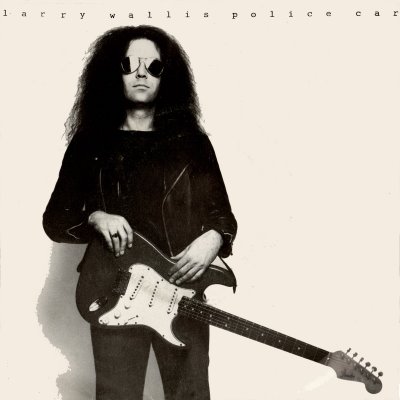 It is with sadness another loss to the Motorhead family tree is noted, Larry Wallis – a member of the initial line-up alongside Lemmy and Lucas Fox, has died aged 70. There is no officialcause of death at time of writing.

Larry Wallis was a prime mover in the British counter-culture throughout the late sixties and the remainder of the 20thcentury. Beginning with improbably named The Entire Sioux Nation, in 1970 he joined Shagrat with Steve Peregrin Took of Tyrannosaurus Rex fame. A veteran of the Phun City festival and the free festival scene he was also a pre michael schenkertrial-guitarist for UFO, a member of the final phases of Blodwyn pig as well as jamming and making demo recordings with Peregrin Took and Syd Barrett in 1972.

Later in 1972 he went on to work with Mick Farren in anincarnation of The Pink Fairies, recording the Kings of Oblivion album. His association with the Ladbroke Grove scene led to him joining fledgling Motorhead in 1975, Lucas Fox quit and was replaced by Philthy Animal Taylor before Fast Eddie Clarke was added. Wallis left shortly after, meaning he played with the classic line-up for a spell.

The Pink fairies joined Stiff Records in 1976 as a trio, Wallis became an in-house producer for the label, recording the Adverts, Wreckless Eric and Mick Farren amongst others. Herecorded his solo single ‘Police Car’ in 1977, during this time he guested with members of Thin Lizzy and The Damned in a one off gig, highlighting his genre defining appeal, melding prog, psyche, pub rock and proto punk. He also worked with ex-members of the MC5 around this time as well as writing ‘As Long As the Price is Right’, recorded by Dr Feelgood.

He worked on and off with the Deviants and the Pink fairies until illness aborted a mooted Fairies reformation in 2007. Alongside the loss of Mick Farren in 2013 his death represents a further conclusion of the spirit of rebellion, musical anarchy and socially conscious satire that blossomed in the hippy era and crystallised in punk a decade later.