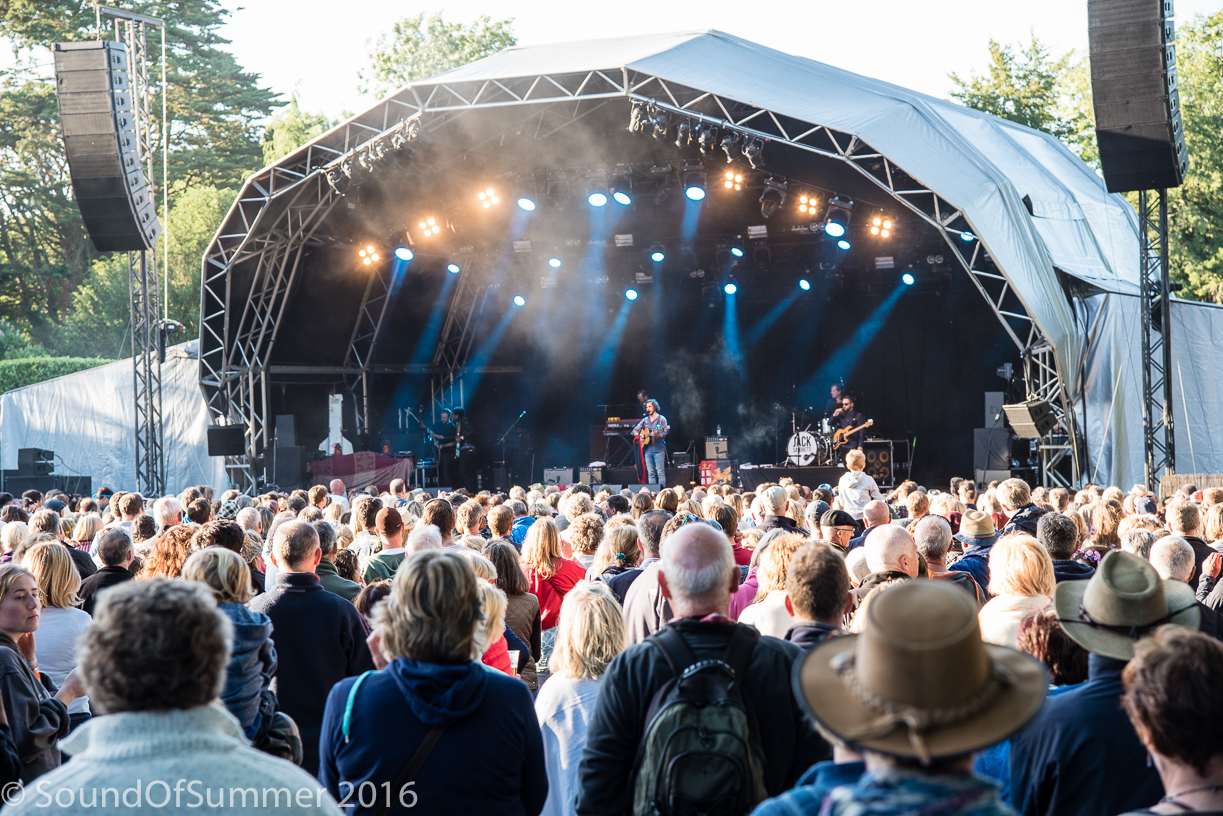 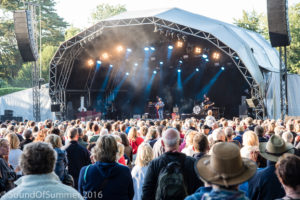 Alan Ewart returns from his annual jaunt to the Larmer Tree Festival at what must be the most beautiful festival venue in the country.

If they awarded medals for the friendliest festival organisation team in the country it is difficult to imagine that the team at the Larmer Tree Festival would have much competition.  The festival directors, staff, PR team and volunteers are all friendly, helpful and accommodating.  You know before you set out that things will run smoothly and the team will make every effort to meet your needs whilst you are on site.

This year was no different, the organisation was fantastic, they even arranged for summer to arrive just in time for the festival.  The Larmer Tree festival is set in a unique location in the Larmer Tree ornamental gardens on the Dorset – Wiltshire border.  The attitude of the organisers really seems to rub off on both the volunteers and the crowd.  Everyone is just so relaxed and friendly and the beautiful setting combined with gorgeous weather set the scene for what was to be a wonderful long weekend. 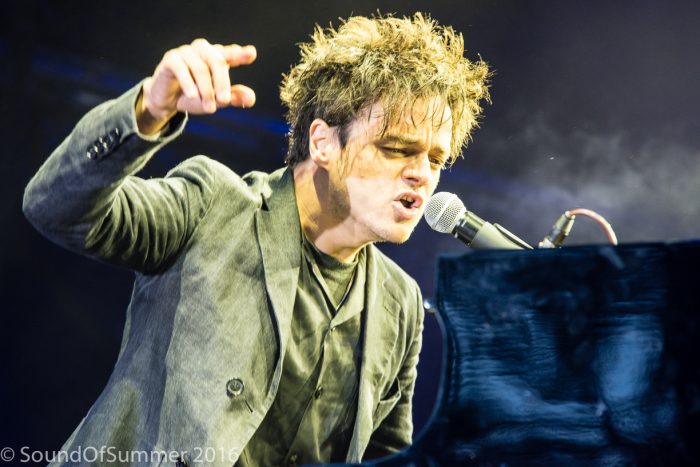 It is so often the small things that make or break a festival and this festival gets the small things absolutely spot on.  The toilets are immaculate, the camping area is largely flat and spacious and the site is well laid out and compact.  The range of food and drink is very good and, whilst at the more expensive end of small festivals it provides excellent value for money.

In addition to the music you will find comedy, activities both on and off site, workshops, holistic therapies, woodland walks, a water garden, and a huge array of activities to keep the younger festival fan happy.  You even get peacocks and macaws flying round the site.  If you have any energy left at the end of a long day of having fun you can hang out in The Social and in The Hide until the sun comes up.  With so much to see and do in such amazing surroundings it is small wonder why people return to this wonderful little festival year on year.

Of course here at Louder Than War our primary focus is on the music and I have to confess that this years lineup was in my view the weakest I have seen in my years of attending the festival.  Of course music is a subjective thing and tastes vary but well over half of the acts on this years main stage I had never heard of and many of those I did know were not to my personal taste.  Of course we all love to discover new music and being surprised is always a delight. 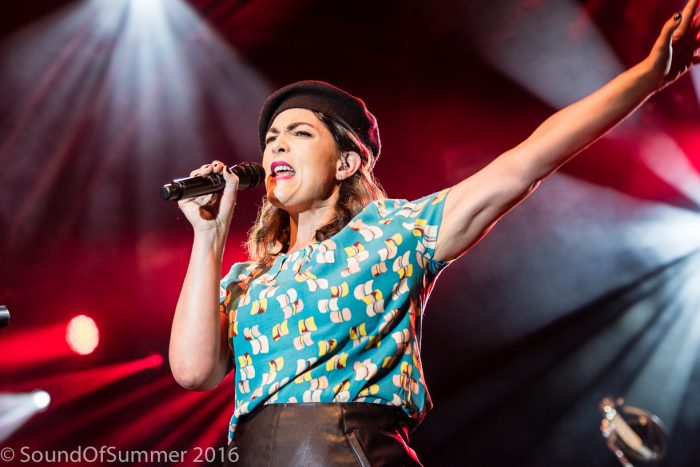 Thursday night headliner Caro Emerald was excellent, much better than I expected and she certainly got the crowd into the show.  Friday headliners, The Stranglers played an excellent set but I couldn’t help reflecting that, when they last played Bearded Theory, they were fourth headline at a festival that costs less that half of an equivalent Larmer Tree ticket.  I also felt that the loss of the Garden Stage at this years event was a huge blow to the atmosphere on the main lawn.  In years gone by the focus would switch from Mainstage to Garden Stage as one band finished the next started.  With 40 – 45 minute gaps between acts I felt some of the atmosphere was lost, I know this is the norm elsewhere but when you get used to something it is a loss when it is taken away.

For me the best of the action was in The Arc, a big top stage that throws an incredible and eclectic mix of talent your way.  It was here that I saw all of the acts that I will have treasured memories of.  Emerging soul singer Samuel Jack was the highlight of the entire weekend for me.  What a voice!  As Samuel neared the end of his set he announced that he was going to cover Coolio’s Gangsta’s Paradise.  At first I thought he was joking, then I thought it couldn’t possibly work and then the hairs on the back of neck stood up as I took in one of the most amazing covers I have ever heard.

John Cooper Clarke, Sound of the Sirens, festival favorite Steve Knightley, Holy Moly and the Crackers, Bite The Buffalo, The Little Unsaid, to name just a few, turned in stunning performances at this stage and it is here that I have discovered a host of new acts through the years. 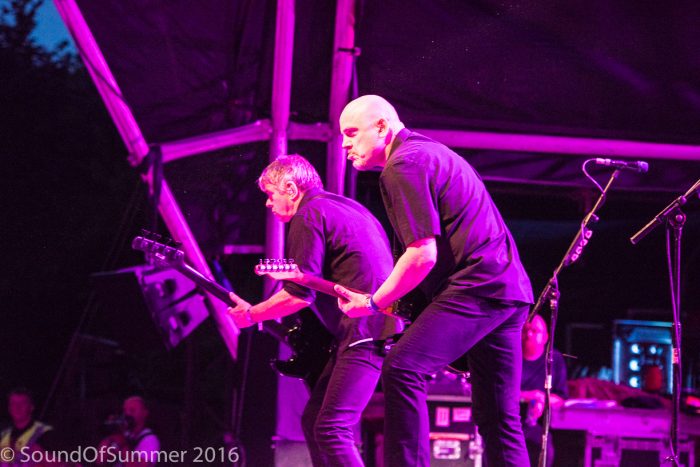 The Larmer Tree should be applauded for two new initiatives this year.  One of the big tops was replaced by a new venue called The Chase.  Curated by Todd Willis and Matt Aitken from Bristol’s Colston Hall The Chase was the venue to discover up-and-coming bands.  The Chase is a great new venue, complete with it’s own bar and is sure to become a festival favourite.

Another new initiative for 2016 was a series of Edinburgh Festival previews.  The Pavilion played host to nine of the UK’s hottest new comedy acts.

As I sat down to write this piece I recalled a conversation I had yesterday.  My wife and I were grabbing a sneaky mid-afternoon beer when a pair of friends and a husband and wife joined us at the table.  We lost half the afternoon chatting, laughing and having a drink.  One of our new friends made a comment saying “we don’t come here for the music, we come to relax, chill out and watch the world go by.”

It is perhaps that comment that best summed up this year’s Larmer Tree for me, even when the lineup isn’t to your taste there are still a ton of highlights to enjoy and it is almost impossible not to have a great time.