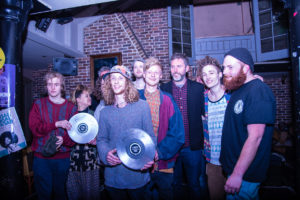 I am a huge fan of the Larmer Tree Festival.  Situated just 30 minutes from my front door and enjoying simply gorgeous surroundings at Larmer Tree Gardens on the Dorset – Wiltshire festival The Larmer Tree can lay claim to being the original boutique festival.

I think what sets the Larmer Tree apart from the majority of festivals is its family feel and that feel runs through the very fabric of the festival.  The festival organisational team and the team from Flint PR are simply wonderful.  They are warm, friendly and to a person the nicest team you could ever hope to meet.  Those traits extend to the volunteers, traders and everyone who is involved in running the best small festival around.

Festival founder James Shepard is still very much involved in the running of an event which is celebrating its 26th year in 2016.  Over the years James has developed a real talent for identifying op-and-coming acts, something that ensures that you will always find a new band to love at the Larmer Tree.  James’s passion for new talent gave rise to the Larmer Tree Breakthrough Music Awards, a competition that rewards the winners with the chance to play at the Larmer Tree festival in July.

This year’s competition was more fierce than ever as I was to discover at last nights live final at 60 Million Postcards in Bournemouth.  From over 1000 entries 10 acts made a final shortlist with a public vote deciding the six acts who would contest the final by playing a 15-minute set in front of a judging panel.  I must confess I did not envy the judges their task last night because the final six would all have been a terrific addition to any festival line-up in the country. 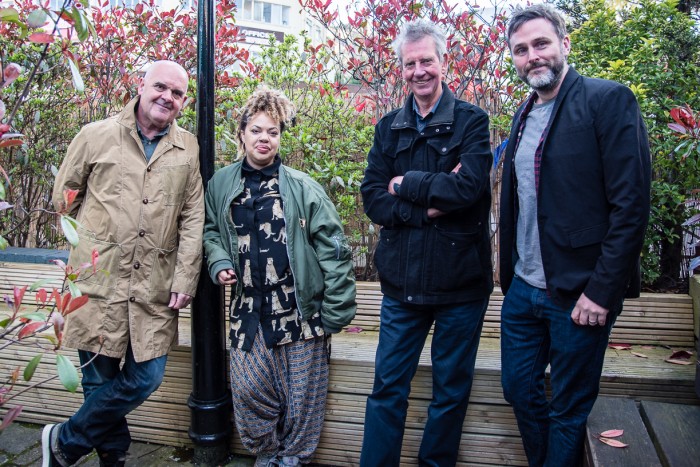 This years judging panel was a work of art in itself.  Festival Director James was joined by the incredible Simon Emmerson a highly esteemed record producer, guitarist and of course the founding force behind Afro-Celt Sound System.

Simon was joined by Kristian Davis-Downs, Label Manager at Naim Records, a record company executive with over 15-years experience in the music industry.  Industry professional Laura Lewis-Paul rounded out the panel.  Laura has a passion for working with young people in a creative context and established Saffron Records, a female youth record label based in Bristol, in 2015.

Faced with such a top class panel you would have forgiven the artists for being nervous, if they were they didn’t show it.  All six acts put on fantastic performances, the tragedy being that only two would make the festival slots.

The evening was opened by The Neighbourhood Strange, a Salisbury based five-piece who lead off loud and proud with their edgy, punk-tinged, psychedelic garage-rock.  With soaring guitars and bags of energy the band rocked out and made sure everyone in the venue was sitting up and listening.

Local artist Jazz Morely from Bournemouth was next up.  Jazz is a singer-songwriter with beautiful soul-influenced, electronica sounds. Jazz did herself proud and to my ears she has the best voice I have heard in some time.  Her set was perhaps my personal favorite of the evening, it was all about the voice for me and jazz made the hairs on the back of my neck stand up.

Bare Jams were next up and from the opening bars you knew that you were in for party.  Their funk, ska, reggae mashup had the venue bouncing along but the most obvious thing to me was just how much these guys enjoyed playing together.  These guys were hugely enjoyable and they enjoyed themselves just as much as the crowd did.

Southampton four-piece Elixir claim the are influenced by Hendrix, Led Zeppelin and Rage Against The Machine and it showed.  This was major league guitar rock, the lead guitarist showing dazzling finger speed as he flew through his riffs.  Classic rock, classic guitar all with a modern twist their fantastic set over all too soon. 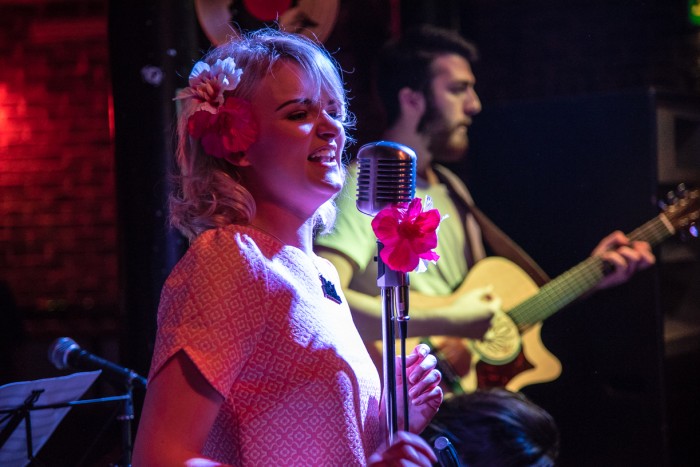 Bella Fitzella hail from Warminster but are now London based and their Do-wop influenced fusion of jazz, soul and pop had the room dancing along.  Singer-songwriter Bella has a great voice, the backing vocal is gorgeous and the band deliver something that is a very different and modern take on a classic sound.  I loved it.

All too soon it was over with local boys Coosbay rounding out the evening.  They may be a three-piece but my word these boys have a huge sound and the support of the home crowd.  They went down an absolute storm with their classic guitar, bass,drums line-up flinging out psychedelic rock music.

I was hugely impressed with all of the acts and would be more than happy to watch any of them but of course this is a competition and someone has to win.  I must say though that the judges had a very difficult task.  The panel scratched their heads for some time before deciding that Bare Jams and Coosbay will appear at this years festival and I will certainly be making a point of seeing both of them at the Larmer Tree come July.