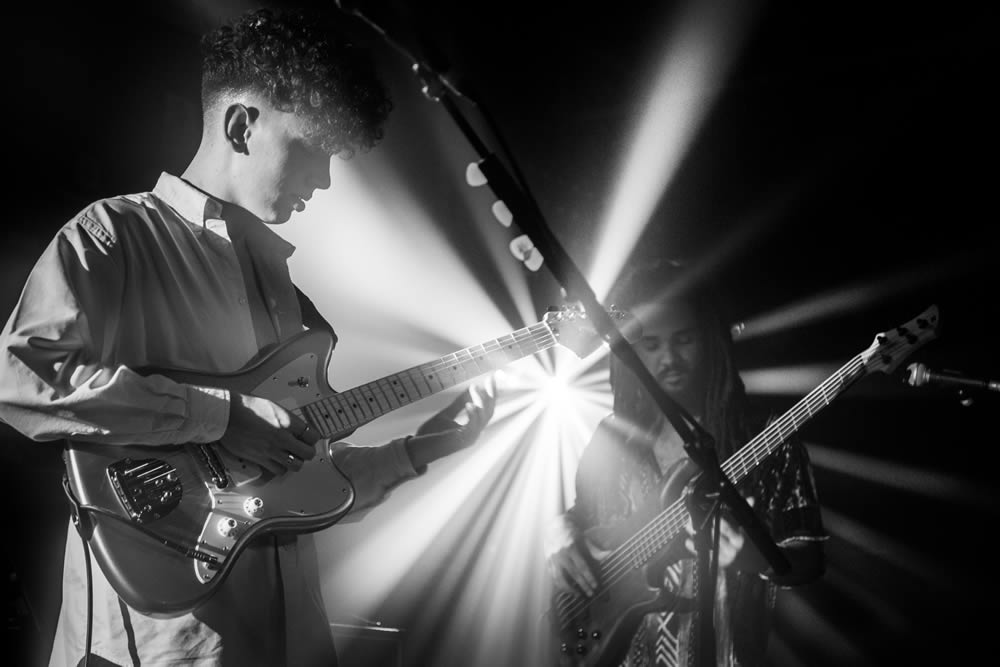 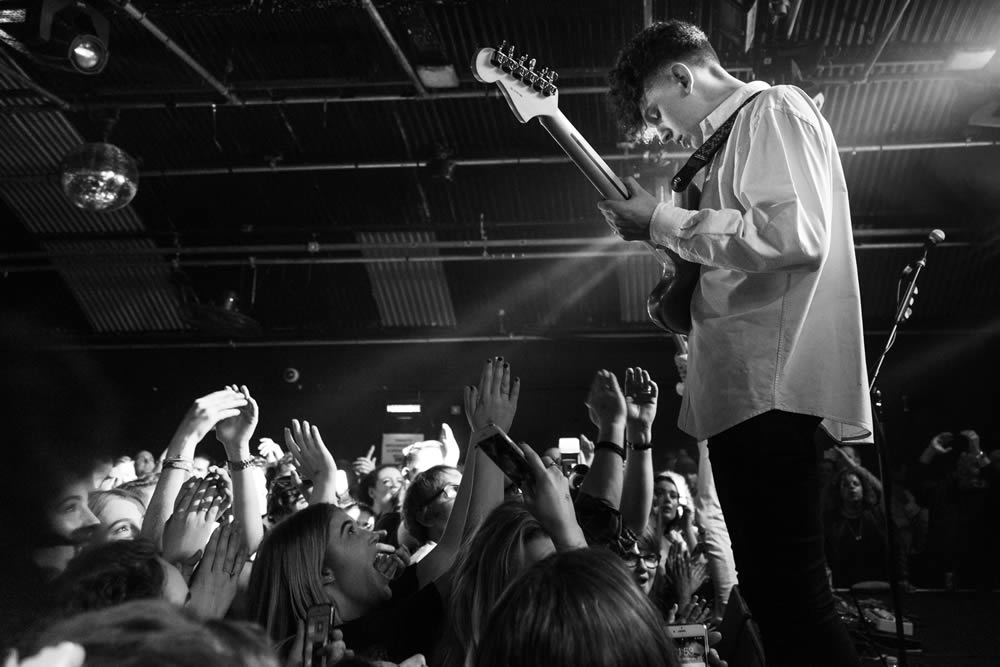 Glossop four piece Larkins made their headlining debut at Gorilla on Saturday night. Nigel Carr was there to capture the event for Louder Than War with photographs by Paul Husband.

I interviewed Larkins frontman Dom and Josh for the site back in December. It was on the eve of their support slot with The Slow Readers Club at The O2 Ritz in Manchester. What came across was just how bloody nice the guys were. They talked genuinely about how they had developed their funk tinged indie sound and their numerous influences.

Tonight they have completely sold out Gorilla and you can just see the joy on their faces as they hit the stage. After a short intro they launch in to Velvet, the single they brought out at the back end of last year. Bright poppy and familiar, it gets the fans onside right away and from the off they are dancing along with arms held high.

All smiles, Josh can’t help thanking the crowd over and over, ‘thank you Manchester’. You can see how genuinely thrilled he is to have sold out this event and with the amazing reception. They introduce new track Squeeze with it’s brightly singing guitar work and Henry’s funky bass. It’s quickly followed by Riverbed and slower tracks Blind and Back Against The Wall which sees a short mid set lull. 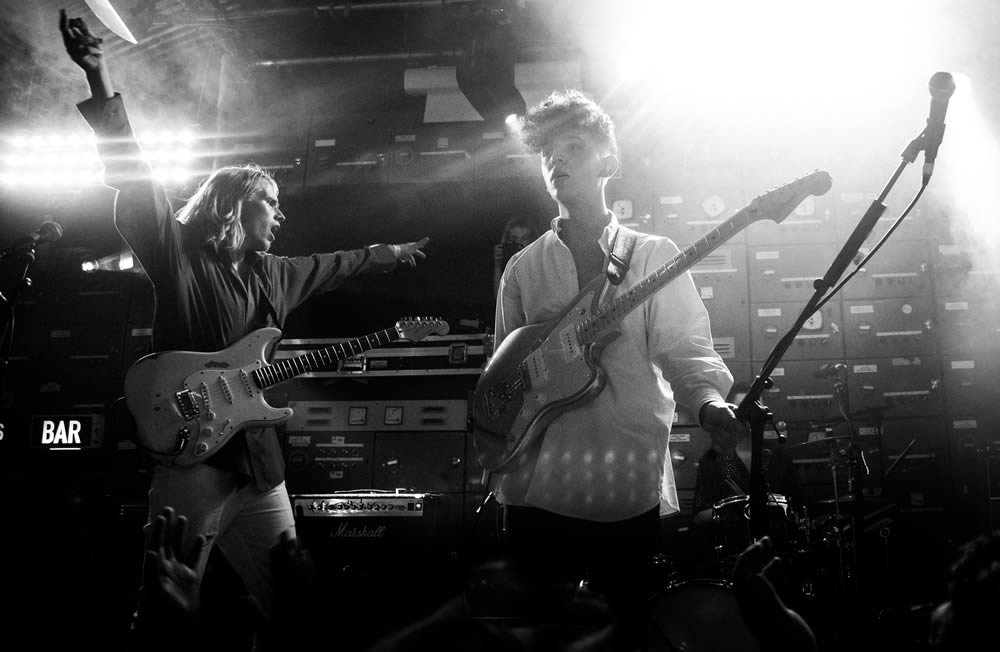 The audience is immediately whipped back up in to near frenzy with the cover of Chaka Khan’s Ain’t Nobody. It’s a massive reaction with the front of the stage going wild, arms swaying and dancing shoulder to shoulder. The crowd are firmly back onside. There’s no stopping them now as they go straight into Tales of Cassandra with its infectious jangly guitar opening and soaraway chorus.

There is such a connection with this audience; Josh lowers his hands and a huge section of them crouch down, before jumping up wildly as the song breaks. I hadn’t witnessed this kind of audience participation before; further evidence that the fans just get what’s going on. 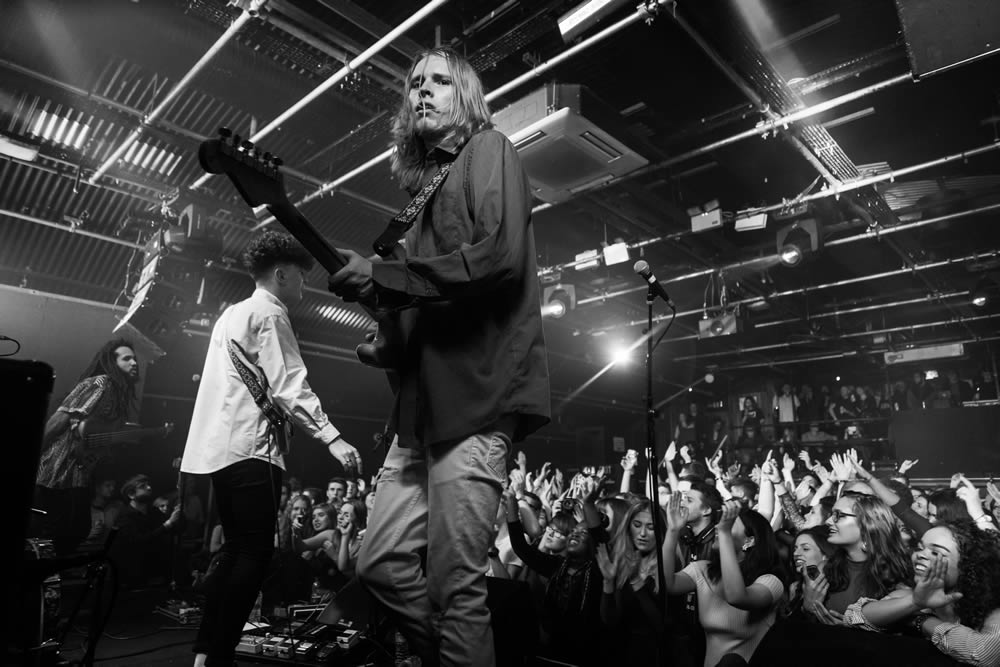 Josh comes back for an encore and gets most of the crowd to hush as he sings Sapphire, solo with just an acoustic guitar, and no amplification. It takes a while to quieten them down but It’s ‘mobile torches aloft’ in a modern take on the old lighters held high scenario. A captivating moment which is only broken as the rest of the band comes forward to launch in to a thundering close.

I catch Josh as he heads off stage, Did you enjoy it? I ask him; “best moment of my life man!”

It’s a great performance from this young band who are rising rapidly; hot on the heels of their Stockport contemporaries, Blossoms.

Larkins are on Facebook an Twitterand their Soundcloud is Here