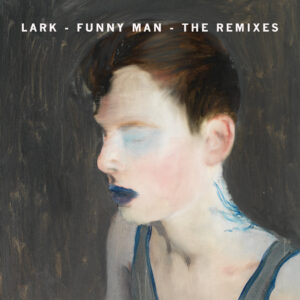 Some of the entrusted parties will certainly be well-known. Band Of Holy Joy for instance tackle Glue Me and present little more than one and a half minutes of subtle bleakness which holds gorgeous amounts of horror within its timeframe.

Louder Than War favourite, Pulco also appears as he joins the massed ranks in their quest to strip down each composition and re-assemble their own interpretation. Pulco’s voice can be heard in the background far easier than the original Curtains which is also featured in versions by Keely Forsyth, Bones And The Aft and Lord Adonis.

The stark difference in the versions of Curtains is enthralling to say the least. Forsyth concentrates on her own voice against a monotone backing whilst Bones And The Aft maybe offering the closest to the original in a lovely acoustic effort. Lord Adonis adds a psychedelic electro feel with some stunning additions against a drumbeat that threatens to break into ‘drum and bass’ at any moment.

Lark presents a dark industrial noise that swells like a huge bleeding heart clearly throwing every emotion into the music that they produce. The Remixes acts as the perfect extension to an already impressive album by allowing different styles and slants to its remarkable listing.

Hank And Sonja add a weird grinding Country version of Praying and Ilfordi Ven sends chilling PiL recollections down the spine. The Mr McCLone mix of Kitchens evokes an early experimental synth sound along the lines of Blancmange’s Irene And Mavis EP and in itself is well worth a visit to the album.

The creative juices of Lark probably didn’t need any further assistance, but with Funny Man The Remixes a rather stunning bow has been added to the bow.