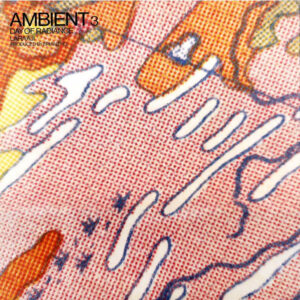 Edward Larry Gordon (aka Laraaji) is defined as a true ‘outside the box’ musician. At a time when Brian Eno was establishing ambient music as a genre, Laraaji too was exploring the sounds and textures of classical minimalism. The story goes that whilst playing the zither in Washington Square Park he opened his eyes from a meditative trance state to find a note from Eno inviting him to play in a project he was working on. The project was the legendary Ambient 1-4 series, and a partnership was born.

Like Eno, the simplicity of the sound created by Laraaji here is deafening in its complexity. Layer upon layer of looped and repeated melodies create a wondrous cavalcade of near angelic sounds. Split into two ‘movements’ the album was recorded in just a couple of sessions. Side 1, containing The Dance #1-3 is the speedier more pulsating of the two with rushes of flowing sounds bearing the larger input from Laraaji. The second side with Meditation #1-2 has larger influences from Eno and follows a more ambient, slow form.

The resulting album is five tracks of quite outstanding content and quality, and propelled the profile of Laraaji higher and higher allowing him to experiment further into spiritual and ethereal soundscapes – “such music allows for thinking, feeling and imagery to reconnect to a deeper sense of integration, union, oneness”, he explained.

Perhaps unlike Eno, Laraaji used few electronic instruments, instead performing with acoustic counterparts such as a hammered dulcimer or a zither, and on Meditation #1 and #2 Eno skilfully highlights the decay-rate of the zither making it sustain for much longer than the instrument naturally would.

On The Dance #1, #2 and #3 the ‘regular’ instruments are slowed down to create deep, resonating and distorted sounds which lend themselves perfectly to the final result. Sitting between Music For Airports, The Plateaux of Mirror and the final album On Land, Day Of Radiance is the perfect and natural accompaniment to the Eno Ambient series and its re-release deserves to once more highlight the amazing talent of Mr Gordon.