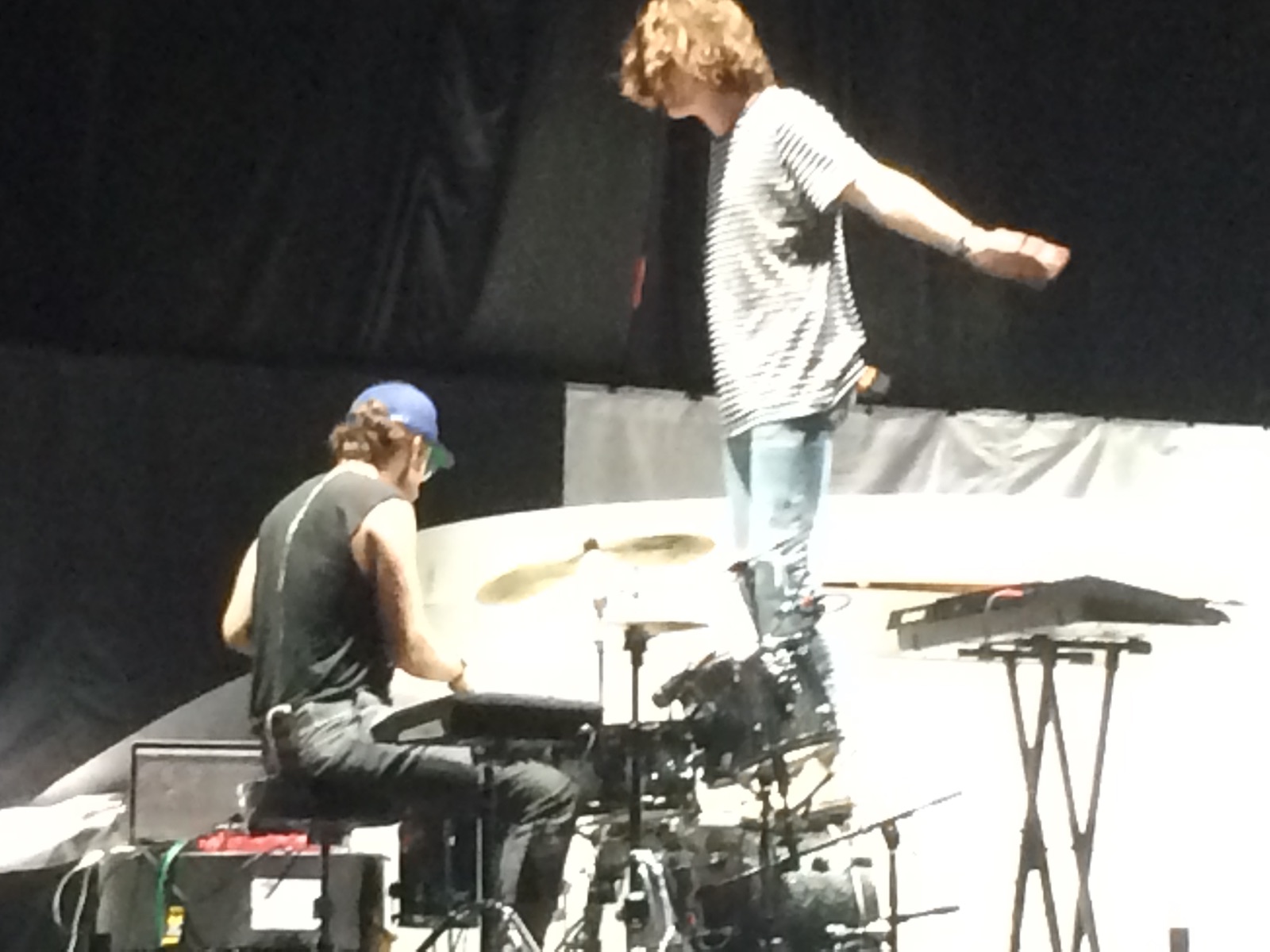 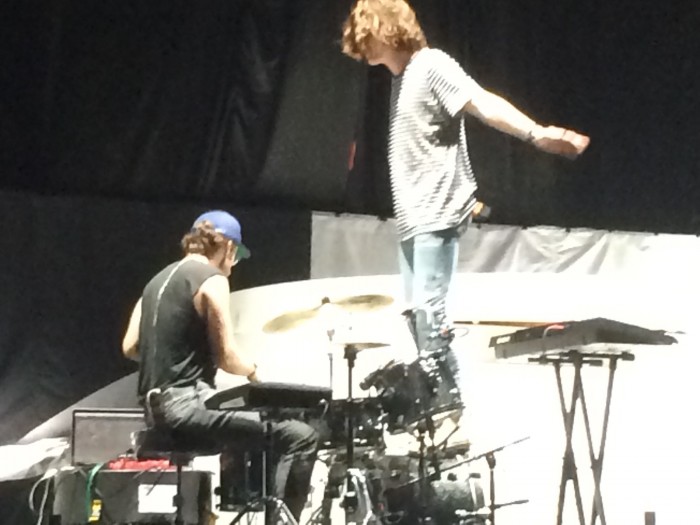 It’s only a year since the three members of Lany were crammed together in a one bedroom Hollywood apartment making music and yet here they are opening for Ellie Goulding on her debut arena tour. Louder Than War’s Paul Clarke reviews.

It’s a pretty thankless task being third on the bill kicking off your set at 7pm to a half empty arena to people who don’t have a clue who you are, and care even less.

If are an Ellie Goulding fan then Lany’s subtle brand of intelligent electro pop is probably not your bag, but the LA based three piece give it everything during their short set at the front of the stage.

Singer Paul Klein is a natural frontman who despite being initially overawed by the sheer size of the venue soon gets into his stride as the band kicks into ILYSB which in a parallel universe would have been their breakout hit.

The band have lucked out on this tour as Goulding has a raised platform that allows the star turn to run from the stage into the crowd and her hard-core fans have gathered round it giving Lany a ready-made audience.

The indifferent mood of the dolled up party crowd softens when Klein jumps on drummer Jake Goss’ kit as people start to pay attention the hyperactive singer visibly relaxes. Former Nashville session man Goss sets a steady rhythm as Klein and the band’s ace producer Les Priest hammer away at the the keyboards during an intense Bad, Bad, Bad.

I Don’t Care rounds off their short set of smart pop, earning a decent round of applause, though quite what the little kids up in the gods made of it all is open to debate.

For the small number of genuine music fans in the room Lany did enough to suggest they are well worth checking out when they come back to play the Reading and Leeds festivals this summer.