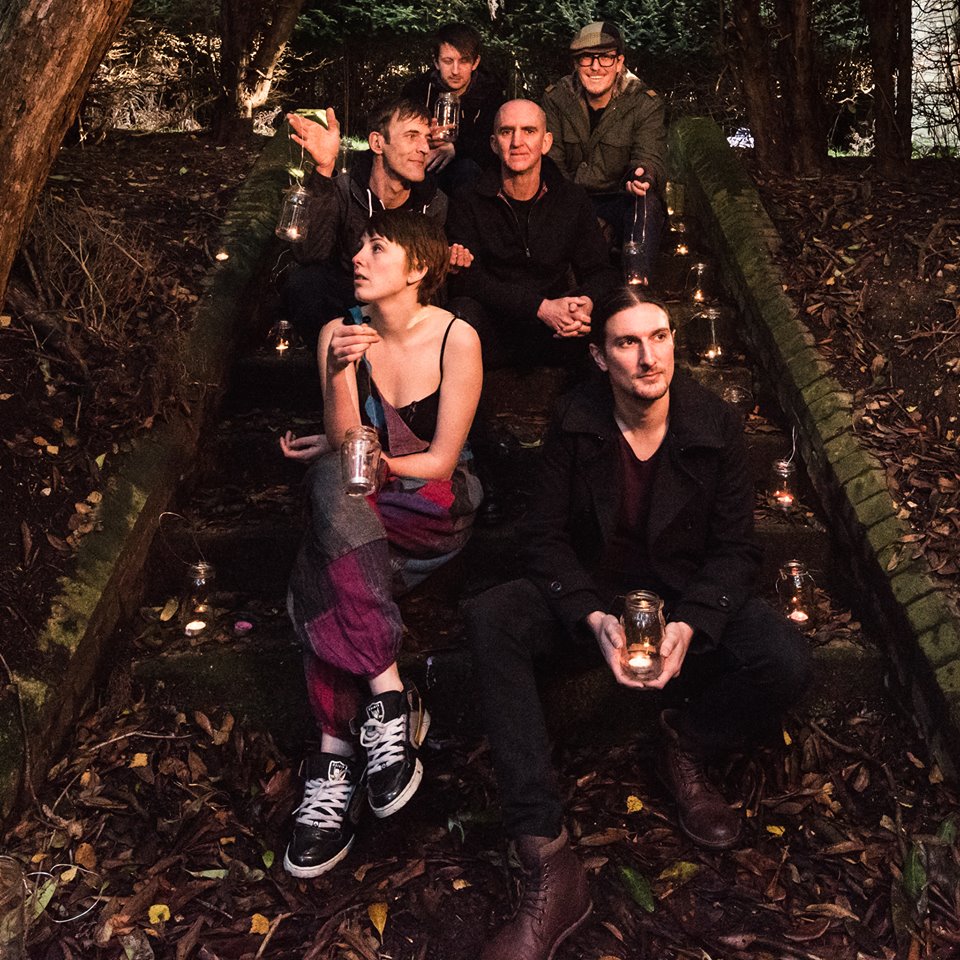 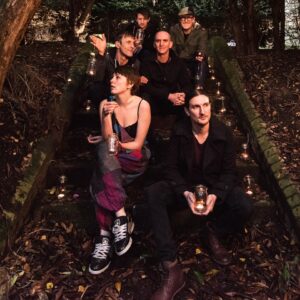 The Lantern Parade – debut track from new Southampton band who defy you to categorize them….

But first, a word about their home city…

Recently, in the local rag the Daily Echo it was ‘exclusively revealed’ that there was No Talent to be found in the South Coast metropolis that is Southampton….  Read all about it!   Utter bollocks of course – there is masses of talent in and around the city – always has been , always will be.  It just doesn’t translate into Big Money Mainstream Success maybe – apart from Craig David and Band of Skulls -or more likely the ‘scheme’ were looking for a particular marketable genre to ‘develop’. Moody rockers Creeper are doing very well without any such assistance, as is Sean McGowan -the hardest-working singer/songwriter the city has ever known.

The Southampton music scene is fragmented and based around various venues and there are great hardcore punk bands like Armoured Flu Unit and post-punk bands like Inferior Complex and punk rock’n’rollers the Flying Alexanders, who are. how do I put this, like myself, no spring chickens.  Then there are the post-Britpop generation bands the Novatones and the Rising (new albums next year), add to that psych-rock band  Superdrone ( second LP drops any day),  classic-rock act Zen Juddhism,  new-punks Brash Bullets,  kooky solo artiste Fragile Lucy,  a soon-come new project from Marco ( ex-Lizard Royale) , the erudite songsmith Dan O’Farrell and the Difference Engine – all of whom have gotten into these web-pages – but there are also astounding young bands like grunge rockers Toreador and the unique Mad King Ludwig and the Mojo Co – a cross-dressing Tom Waits jazz-groove Freak Bop band…  I won’t go on, because these are only some of the bands, the ones which I have come across, I know nothing about the hip-hop, dance, metal or other ‘scenes -within a scene’….

The shitty piece in the Echo has ironically had the effect of galvanizing people into action…. a series of gigs are planned for the Spring… watch this space.

Anyway – to add to the roll-call of Southampton musical heroes, comes a brand new band – who only formed in September 2017 – rising from the ashes of a band with the cumbersome name Notice To The Builder ( who were fab!)  They are The Lantern Parade (and the song is called the Lantern Parade too).    It may not sound radical and earth-shattering on first listen, but it is a cool, light piece of Blue Pop Disco with hidden depths… after a few listens you’ll love it.  And remember, this is their first recording.  I know from their previous incarnation that they are gonna be great live.  James Inflames has the best made-up name I’ve heard for years and Paul Ward is a former psychobilly who has discovered his inner diva and is the nicest bloke you’ll ever meet. (I haven’t met the rest of them … and they haven’t asked me to do this – I just needed an excuse to kick back at the criticism of Southampton musicians. On their Facebook profile though, under Artists We Also Like; they list  “Lucas & King, BullyBones, Submariner, Dan O’Farrell, Mad King Ludwig and the Mojo Co., Tenderlore, Blue Ruby, The Dead Freights, Zen Juddism and all the other beauty Hampshire has to offer!”  so I’m confident they won’t mind.)

Anyway – here is the video:

And here is the track to download. (Lyrics are on the bandcamp page).  Enjoy.

The Lantern Parade hail from Southampton in the UK. But they aim to take over the world. Carefully selecting their influences from across the entire musical spectrum, they then set about completely ignoring them. Instead they created their own special blend of music, a blend they like to call blue pop disco. This six piece with two singers and a whole host of talented musicians, have a sole purpose in life. They want to make a noise you can dance, laugh, and maybe even cry too. Each one of them is a songwriter in their own right. They’ve songs that are catchy and dark at the same time. Having been together for a two whole months now, they’re aiming high with a launch show in December, simultaneously releasing their first two songs, a video and maybe trying to flog you some badges too.

The launch show is this Friday 22nd December at Cafe Reflections (in Shirley, Southampton)