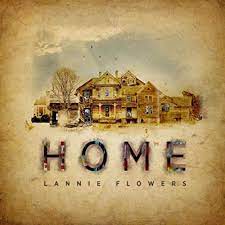 A reissue of the 2019 album by power-pop veteran Lannie Flowers on Arlington label Spyderpop Records. This is the Texas native’s fourth studio solo set. Ian Canty samples some indoor comforts.

Texas’ Lannie Flowers has a musical history that stretches right back to 1976, when the singer and guitarist formed his first band, The Pengwins. This group issued their first record, Life After High School, in 1978 and a number of singles followed, with the album Mad About The Band also emerging in 1988.

Lannie began recording as a solo artist in the early 21st Century with the Same Old Story LP and in 2019, he released his fourth studio solo album, Home, which has been reissued by Spyderpop Records. His bandmate in The Pengwins, Alan Petsche was Home’s executive producer and Lannie has called on a host of talented players to provide the musical landscape for an LP which explores the difficulties and uncertainties of modern living in a wise and often darkly humorous way.

Hard-won victories, frustrations, internal conflicts and the feeling that life is slipping through one’s fingers are all skilfully drawn in the songs’ subject matter. A general theme of bitter experience making things somehow better is set against brief highs and still-remaining vestiges of hope. These all colour Home with fine detail, but don’t get the idea that the overall message is one of gloom. On the contrary, love and the occasional wonderful elements of life are the dominant factors here.

Running, the opening salvo from Home, strikes an intriguing balance of power and delicacy. This forms a vital and accessible entry point and also a key to the album itself, which is classic pop/rock in a variety of guises and also with a big heart. Then comes the title track to Home, with piano to the front as the song gently sets itself up. Golden harmony vocals and an easy-going charm masks what I thought was a slightly fatalistic tone to the lyric.

Home is depicted as the answer to one’s torments and trials, but also the place where life can hover in the air – static – and in that way represents death. Next, My Street takes things right down with a light acoustic strum. This is a sharply-observed picture of everyday domestic life and leads to the similarly low-key and excellently-sung Anyway, which has a touch of jazz swing in the guitar and horns thrown in for good measure.

Kicking off with a warm organ sound and having very much a good-time rockin’ feel, akin to The Faces, Free To Dream is a Solomon Grundy-like tale, brought up to date in the modern world. It is the story of how people coast into relationships on autopilot, which usually leads to dissatisfaction, if not disaster. This is followed by I Got A Secret, which breezes through, and is enhanced by, a fine guitar solo. The folk-influenced pop of In Time comes next, a neat song which looks, at first, at a life’s regrets, before turning elegantly to hope and promise. Just Go To Sleep comes back to Lannie’s power-pop previous form and is a real winner, with crunching, chopping chords and a full-bodied rhythm, leading to an irresistible refrain.

Another great keyboards and vocal combo heralds Shine A Light, which moves with a graceful glide towards the big chorus and Missing You Tonight again utilises some fine keys. The words address the dichotomy that is at the root of a lot of human relationships that somehow endure despite of it. This tune also has a great false ending. He’s Got Himself is a character study with a powerful new wave pop/rock sound and TV Off adds a touch of mild psychedelia and blues harp to the mix, before warping out noisily.

A cool bassline pushes It’s All Over along and the song again captures everyday life, and its frustrations for the majority of people, in all its ugly glory. The melody works its way to a thrilling climax, before segueing into He’s Going Home, which provides the finale for Home in an acoustic folk-pop manner. The last words of this number are the song title, completing the circle on an album with a huge amount of insight, which is deftly applied to some excellent tuneage.

It took me a while to tune into Home – I found this album to be somewhat of a ‘slow-burner’ – but having made sufficient effort, it definitely paid dividends. Home is a nicely diverse album that is enhanced by some classy songwriting, and excellent playing and singing by all concerned. In the lyrics, Lannie manages to find just the right balance, producing sympathetic characters in situations that most people could identify with. The great thing is that they don’t always lose and even if they do, they don’t give up. Home tells a story that is riddled with pitfalls, but the human spirit ultimately triumphs.