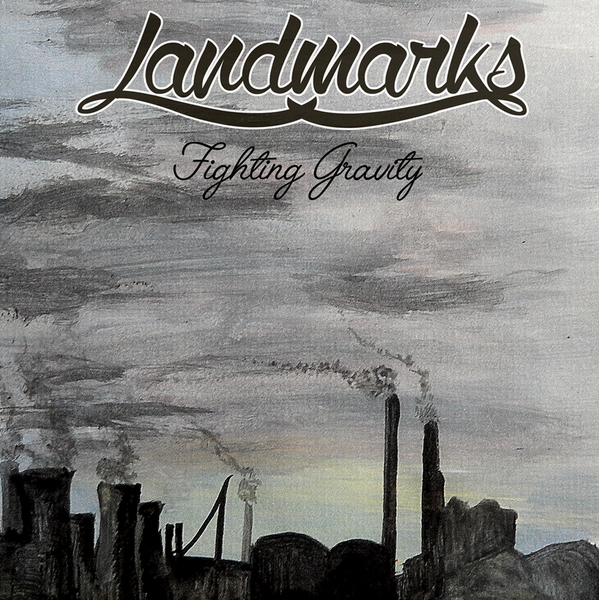 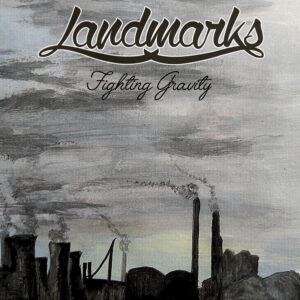 Manchester pop-punks Landmarks wear their hearts on their sleeve, but aren’t afraid about getting them soaked in beer either. Louder Than War’s Dave Beech rather belatedly reviews their latest EP.

Whilst pop-punk will always be ubiquitous with the warmer climes of California, and indeed America as a whole, anyone with even a slight interest in the genre can tell you that over the last few years the UK has formulated a scene of its own. Unlike the country’s provincial indie scenes which spring up like questionable rashes – brief and somewhat irritating –  pop-punk here feels like one big party as opposed to several more elite and overly-dressed ones. Because of that, there’s a sense of real solidarity and union behind all the pizza and partying, which allows bands from across the UK to really come together, regardless of region.

One band currently representing not just Manchester, but the whole of the North West, both here and across Europe, are Landmarks, whose recently released second EP Fighting Gravity solidified them as one of the country’s most promising acts, sure to follow in the footsteps of bands like Moose Blood or Roam.

Somewhat fittingly, the band’s debut EP Running On Empty was pop-punk in the more traditional vein, falling somewhere in between New Found Glory and Four Year Strong. But with Fighting Gravity, the band encompasses a far more contemporary approach to the genre, much like the aforementioned Moose Blood; lyrics are more introspective, the general composition much more melodic, refined even.

Established fans needn’t worry though, behind the always present, but now more prominent, emotion there’s still plenty of weight to be found, something which offsets the softer side of the record; closing track Catapults being a deceptively perfect example.

With the popularity of pop-punk on the rise again, it goes without saying that plenty of bands jump on the bandwagon, and lack the conviction needed to pull off the music. Landmarks aren’t one of those bands. And whilst their hearts are now worn more visibly, they still know how to have a good time, something that was intrinsic to the genre when it emerged in the ’80s, and something which proves just as vital even know, 30 years down the line.