Home Music Reviews Album Reviews Lambchop: This (Is What I Wanted To Tell You) – album review 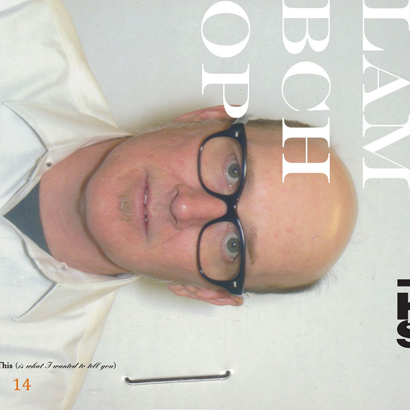 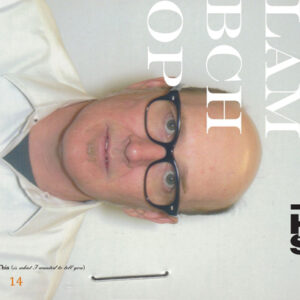 This (Is What I Wanted To Tell You)

The chilly sheen of its glitchy synth surfaces soon gives way to an enveloping warmth, enhanced by Wagner’s crackly vocal, always teetering on the edge of distortion, the icy electronic soundscapes enhanced by spectral piano melodies, endlessly inventive bass and intiutive drumming from his trio of sidemen.

When they started out around 25 years ago, Lambchop’s label boasted that what was then a collective of around a dozen musicians who all had day jobs and came together if and when they could to make music was “Nashville’s most fucked-up country band.” Even the alt.country tag that attached itself to them always seemed an odd fit for a band with quirky song titles – Moody Fucker, My Face Your Ass, I Sucked My Boss’s Dick and Soaky In The Pooper (a distinctly non-Nashville account of a bad acid trip) – and a singer whose cracked baritone barely resembled conventional singing, even before they began incorporating elements of soul, lounge jazz and RnB into their idiosyncratic sound.

Their 15th studio album (not including their work as Vic Chesnutt’s backing band on his 1998 album The Salesman And Bernadette) follows in the footsteps of its electronica-based 2016 predecessor, FLOTUS: jittery synth thythms and vocodered vocals.. The surprising result is that, instead of sounding  distant, the manipulation makes front man Kurt Wagner’s parched crackle of a voice acquire an extra patina of age and experience, while the spooky electronic soundscapes surrounding it, abetted by spectral piano melodies and endlessly inventive bass patterns, add to its otherwordly atmosphere.

It’s a far cry from their country-ish roots; further still from the elliptical country-soul mutations with which they reached their peak of popularity with albums like Nixon and Is A Woman in the early 2000s. But it’s true to the band’s evolution. In recent years Lambchop has become a more personal vehicle for Wagner. He’s working here with  an exceptionally innovative bassist in Matt Swanson and the versatile pianist Tony Crow, but the key collaborator is Matt McCaughan, who has spent the last decade drumming for the likes of Bon Iver and Hiss Golden Messenger.

When they re-met in 2017, at the 50th birthday of his older brother Mac – co-founder of Wagner’s US label Merge Records – Matt told Wagner he had been adventuring inside the world of rack-mounted analogue synthesizers and wondered if Wagner might send some vocals to which he could compose. They became instant musical pen pals, with Wagner sending him a cappella takes of new song ideas and McCaughan dispatching long-form synthesizer pieces for inspiration. McCaughan eventually headed to Nashville, where, together, they put a band behind the songs, using pedal steel and piano and the harmonica of Nashville legend Charlie McCoy to colour in the spaces of their black-and-white sketches.

The results are remarkable. Carrying on where The Hustle, the 18-minute electronic finale of FLOTUS, left off, the eight songs here are the perfect fusion of technology and intuitive musicianship, the electronica providing a soundbed for Wagner’s opaque lyrics, which blend keen observation with dry humour and have the capacity to make the mundane magical: “Michael Jackson just informed me / That Santa Claus is coming to town” he sings in the opening The New Isn’t So You Any More, over the plaintive harmonica of Nashville legend Charlie McCoy.

Over the course of eight songs, several of them leisurely stretched out – The Air Is Heavy And I Should Be Listening To You lasts nearly eight minutes and dissolves into a beautiful soundtrack for an imagined movie, with distant horns hovering at the back of the mix – Wagner’s vocals are similarly submerged into a sepia-tinted nostalgic netherworld, never more so than in the sad, slow shuffle of The Lasting Of You, where his voice disintegrades amid a cloud of dissonance and distortion, while words echo eerily and a melancholic piano melody fills your ears and heart.

This is an album as much about atmosphere and texture as traditional songs and melodies, but it’s also about emotion and warmth, as in the simple piano melody and ethereal vocals of Everything For You, the languid bass and wandering keyboards of Crosswords, Or What This Says About You (Wagner’s penchant for offbeat titles has not deserted him), and the simple, elegiac closer Flowers, with McCoy’s harmonica floating on the breeze.

With its melancholic mood, and lyrics rooted as much in reflection and regret as in endless wonder at the beauty of the minutiae of everyday life (it’s a perfect partner to Jim Jarmusch’s similarly themed movie masterpiece Paterson) this album could be the birth of an entirely new genre – electro-jazz noir.