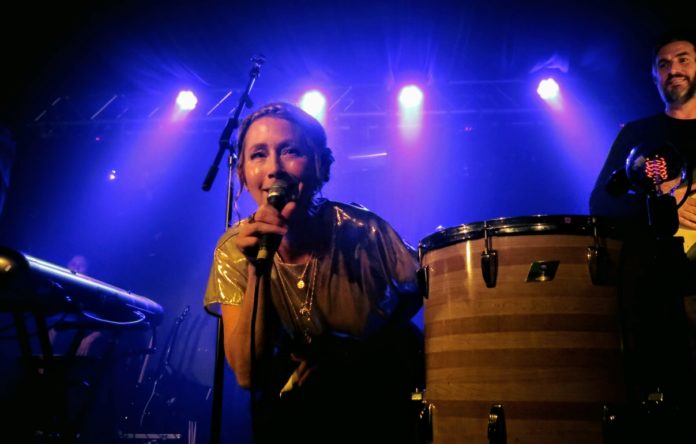 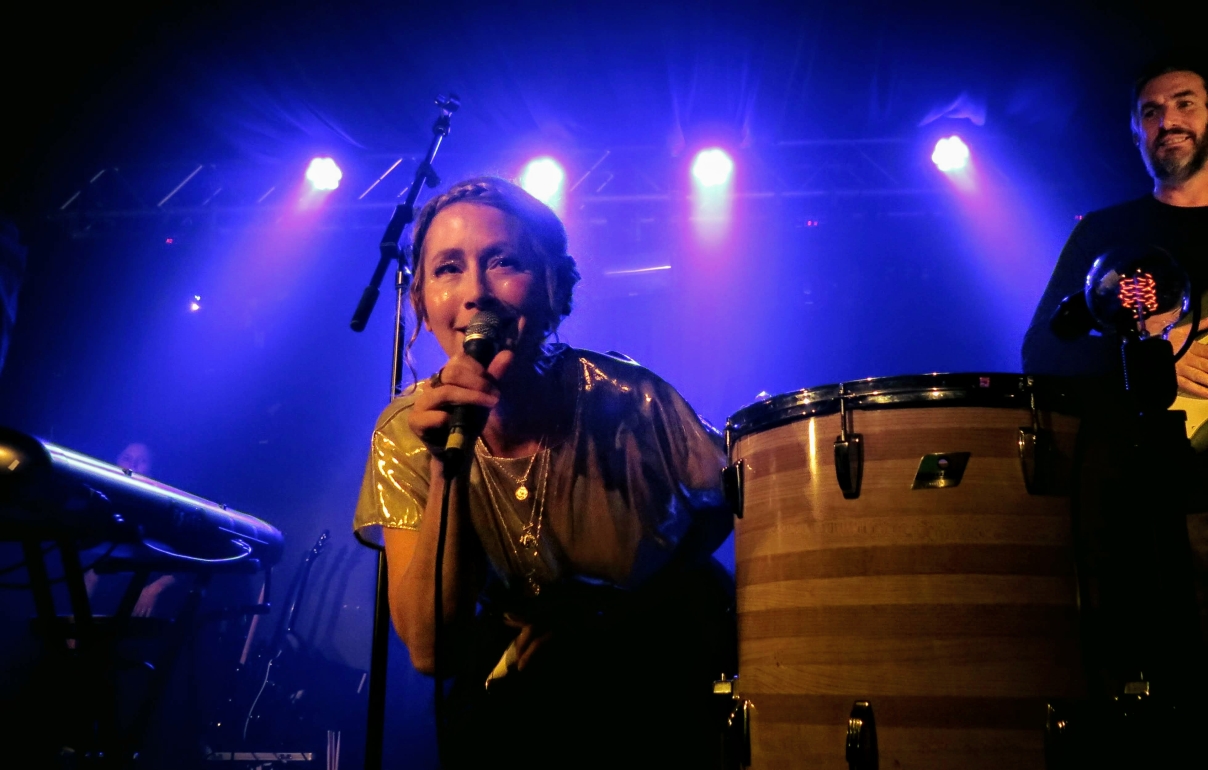 It’s been twenty-two years since the first I encountered Lamb. It was back at a fantastic club night in Birmingham called Athletico where week after week you would be introduced to bands that loosely fitted into the then burgeoning ‘Big Beat’ scene. Lamb took to a cold stage swathed in blue light and you could hear a pin drop. Their set proved that they were far more complex than the generic block-rockin’ identikit beats of the time.

Fast forward to 2019, and Lamb have just released what is quite possibly their finest album, The Secret Of Letting Go, and I’m standing in another Birmingham room swathed in blue light with my daughter, who is now witnessing the band live for her first time. It’s a family affair.

As multi-instrumentalist Andy Barlow, accompanied by a bass/cellist, drummer and Violin player take to the stage, they ease into the album opener ‘Phosphorous’. The off-kilter, mauled drum and bass style sound that the band built their first album around is gone in place of a far deeper and musically enriching sound that eases the set in before hitting its stride as Lou Rhodes takes to the stage. Rhodes’ voice is both powerful and immensely soothing and builds impressively around the songs low key melancholia. Armageddon Waits follows, and as the chorus kicks in and the band suddenly sound as though they’ve transmogrified from the torch-song band of yestersong into a fully fledged sixties swing band that are way too cool for a 007 soundtrack theme. 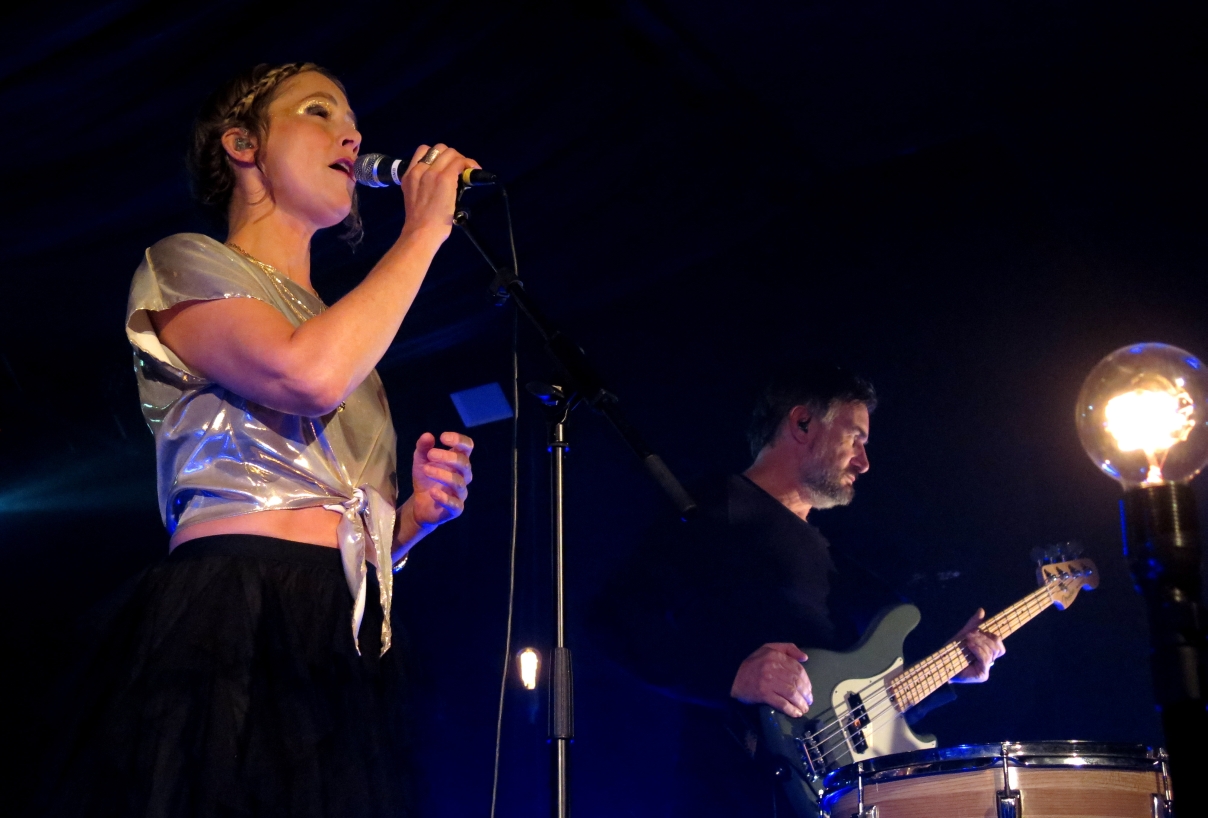 After a stunning rendition of 2014’s We Fall In Love that Lou Rhodes drops a bit of a bombshell. She has a terrible cold, the prior evening’s gig was much shorter in length as she could barely sing. The opening trilogy of songs in Birmingham gave absolutely no hint of any flaw in her voice, it was strong both in its warmth and power. As Lou sang for all it was worth, the multi-instrumentalist and ball of pure energy that is Andy Barlow was grinning the biggest grin imaginable. Here is a man who is in love with playing music and wants you in on the fun. If at any point the crowd got a bit quiet, Barlow was there to enthusiastically rally the troops. He’d even bought his mom with him. I told you, It’s a family affair! 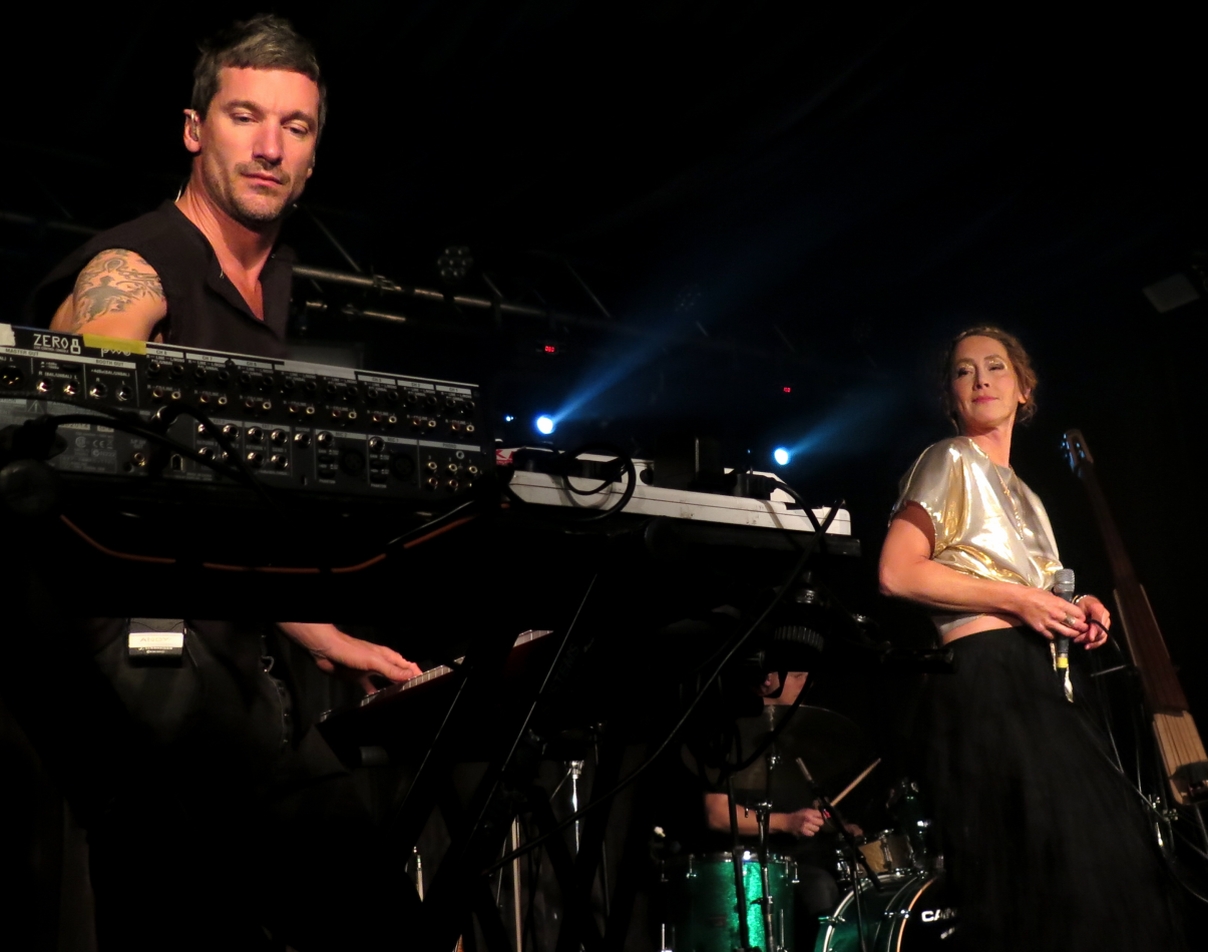 The encore ended with a double-whammy of tracks from 1997’s eponymous debut. As the first notes of Górecki landed, a sea of mobile phones and cheers hit the air. This is the moment both the moment the chatterers finally shut up for. It’s a song many a band would leave the stage to, but Lamb had a final trick up their sleeve with a version of Trans Fatty Acid that took the albums dark menacing vibe and smothered it with feedback and a beat that wasn’t so much ‘big’ as gargantuan. The set ends in polar contrast to how it begun, with feedback hardening and building it’s way into a deafening squall before ending abruptly, Lamb leave the proving that twenty two years into their career they are still as off-kilter, engaging and damn well impressive as they ever were.