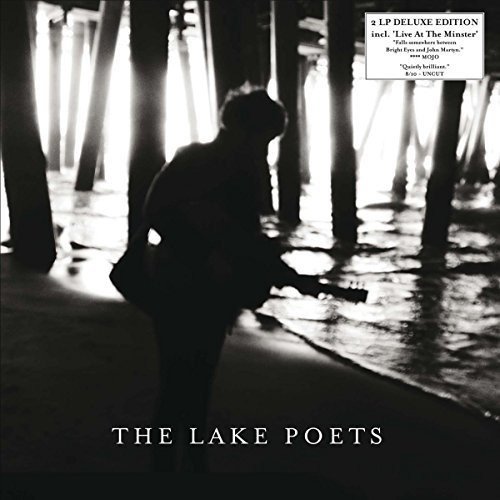 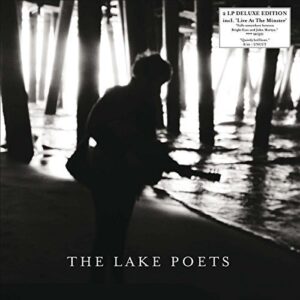 The Lake Poets – Live At The Minster (Membran)

An album which perfectly captures The Lake Poets at his absolute best, recorded in an exceptionally grand setting this album is perfect.

Last year Marty Longstaff better known as The Lake Poets released his debut album to critical acclaim. To mark the release of his long awaited debut he played a huge hometown show at one of Sunderland’s most impressive venues. Following in the footsteps of local heroes The Futureheads, The Lake Poets took on the rather grand setting of Sunderland Minster.

Live albums are an altogether different beast, capturing tracks take after take can often take the edge off the process giving a record a clean and polished feel but live there is none of that. This record sees Marty play both solo and with his band, something of a departure from his brilliant debut record yet no less compelling. Where he plays solo, the true rawness of The Lake Poets sound is laid bare, the cavernous hall providing the perfect setting as he regales the crowd with his heartfelt dark tales.

Honest Hearts perhaps being the most enthralling, his delicate delivery of these powerful words conveyed in such an exceptional way. His passion runs deep throughout the record something, which is so often sanitised, however the sombre sound is captured perfectly. The crowd’s adulation for their hometown star is all too clear though, with songs cut between outpourings of excitement.

However, when the band take to the stage, it does seem to provide something of an energy boost as the record gathers pace. His more upbeat tracks brought to life in this grandiose setting, each crystal clear. See You Tonight comes alive with its driving beat despite the shout of “get on with it!”, it is a rare moment of jubilance in an otherwise sorrowful set.

Within these bleak tracks it cannot be said that Marty Longstaff has forgotten his roots, closing out this exquisite set of tracks with two of his absolute finest. The infinitely elegant North View by far the most personal and touching track on the record, it compounds Longstaff’s incredible songwriting ability. As the record closes on the incomprehensibly brilliant solo rendition of Shipyards, with a hefty nod to working class northern towns and their exceptionally hard workers. His unbridled passion pours from every note, it’s the perfect ending.

Marty Longstaff is criminally underrated, he is by far one of the UK’s most talented songwriters and performers this insatiable live album proves this. Whilst it may not always be sunshine and rainbows, his sombre acoustic ballads are heart-wrenchingly beautiful. With an unparalleled delicacy to his voice whilst maintaining some of the grit of his northern accent.