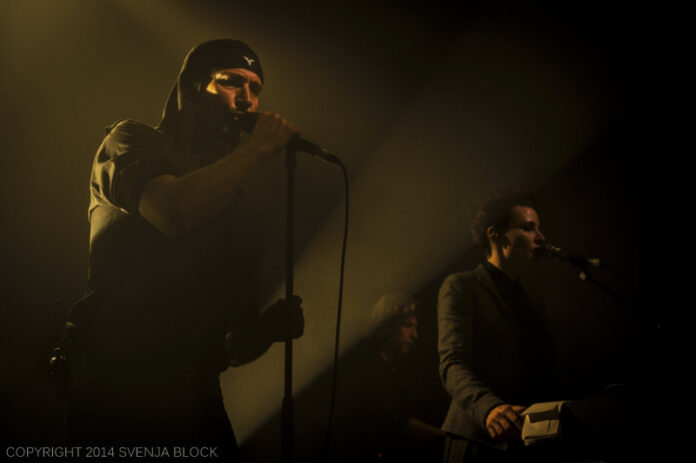 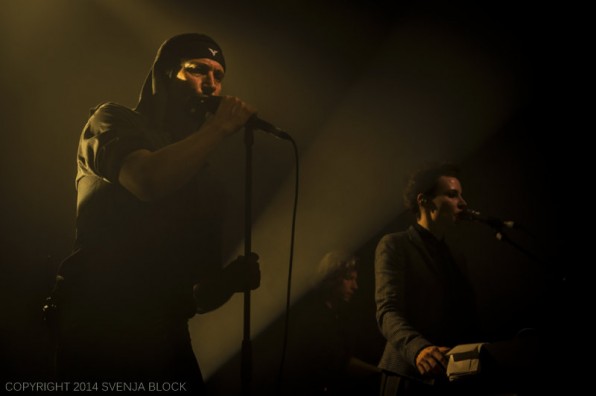 Louder Than War photographer Svenja Block caught the brilliant Laibach, whose new album SPECTRE has just been released, live at Village Underground the other day and concluded “Laibach is a band / project that every music and art loving individual must go and experience live!” Check out her photos below.

Laibach started their current worldwide tour on 6 March. Not only has it seen the band return to London for a show at the Village Underground on 12 March but it’ll also see their first foray into China: a live date on 22 March which will be preceded by a Laibach Kunst exhibition (17 January-20 March), plus a Seminar at the City University of Hong Kong on 21 March.

About the album we’re told:

“Laibach has once again ‘re-invented’ itself in a newly born, yet polished and solid, formation. And, as is now customary, Laibach calls into question all the rigid and cemented interpretations (and prejudices) about itself, about its music, intentions, philosophy and ideology. Laibach are masters of escape, true escape artists. And yet, despite everything, SPECTRE resonates as a real and full-blooded Laibachian work and nothing else.”

With SPECTRE Laibach has created a big, important, and almost dangerous step forward; it seems that this time it has fatally crossed the Rubicon. On this album the group – which has never defined itself politically, but has, nevertheless, constantly analysed politics through its work – comes across as politically engaged as never before. SPECTRE literally sounds like a political manifesto manifest in poetic form. Titles and lyrics couldn’t be more direct. With these lyrics and songs, Laibach, who has always given a controversial impression – or an impression of controversy – especially in terms of its political orientation, is now very clearly taking a position on the political spectrum and probably irreversibly abolishing its own (to some extent quite comfortable) political ‘freedom’ and neutrality.

You can get a copy of SPECTRE here: spectre.laibach.org/order-spectre. 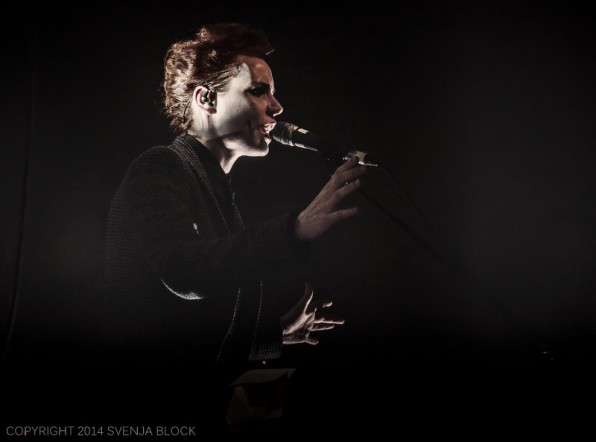 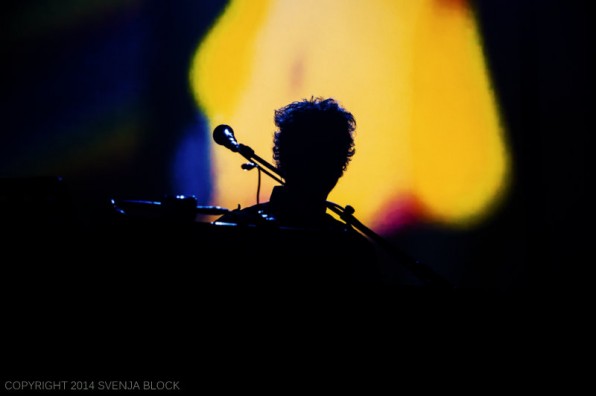 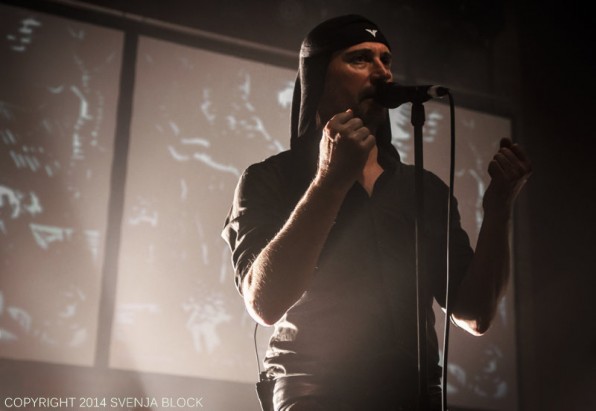 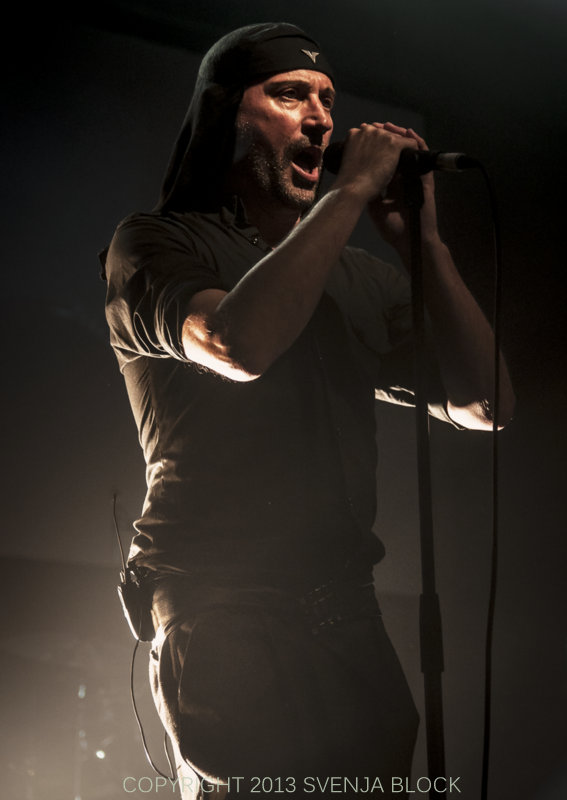 Laibach are on Facebook and Twitter, as @laibach. They also have two websites, here: laibach.org and here: wtc.laibach.org.

More photos from the show below. Click on each one to see it full size.